“Democrats were hopeful that the President was finally willing to reopen government and proceed with a much-need discussion to protect the border,” Pelosi said in a statement prior to the president’s announcement. 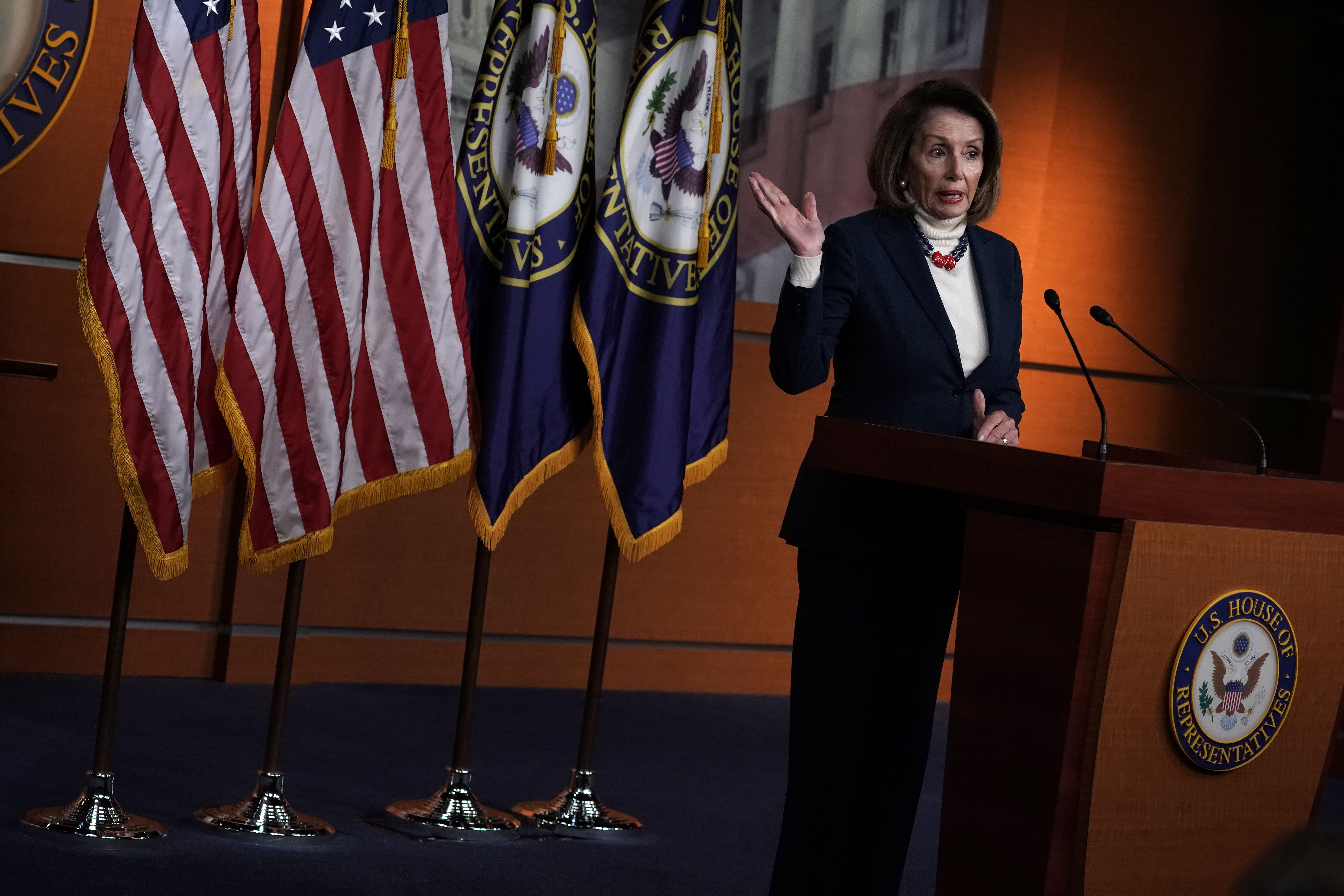 She continued, “Unfortunately, initial reports make clear that his proposal is a compilation of several previously rejected initiatives, each of which is unacceptable and in total, do not represent a good faith effort to restore certainty to people’s lives. It is unlikely that any one of these provisions alone would pass the House, and taken together, they are a non-starter. For one thing, this proposal does not include the permanent solution for the Dreamers and TPS recipients that our country needs and supports.”

Sen. Minority Whip Dick Durbin also panned the president’s proposal telling Axios, “First, President Trump and Senate Majority Leader McConnell must open the government today. Second, I cannot support the proposed offer as reported and do not believe it can pass the Senate. Third, I am ready to sit down at any time after the government is opened and work to resolve all outstanding issues.”

Speaker Pelosi, instead, called for increased infrastructure investments at our ports of entry including additional ports and roads. Additionally, she proposed “advanced technology to scan for drugs, weapons and contraband where the vast majority of drugs come into our country and advanced technology to detect unauthorized crossings.”

Senate Minority Leader Chuck Schumer agreed with Pelosi and released his own statement after the President made his remarks saying, “It’s clear the President realizes that by closing the government and hurting so many American workers and their families, he has put himself and the country in an untenable position.”

Shumer went on to say, “Unfortunately, he keeps putting forward one-sided and ineffective remedies. There’s only way out: open up the government, Mr. President, and then Democrats and Republicans can have a civil discussion and come up with bipartisan solutions.”

Since the partial government shutdown, Democrats have long said they will not negotiate immigration issues or DACA unless the government is already reopened. Connecticut Democratic Sen. Chris Murphy told reporters on January 10, “We could agree on a set of things on immigration to talk about but not while the government’s shut down.”

He added, “And, by the way, if you think that the president is going to go for a big immigration deal, they don’t know how to negotiate something like that. And so the idea that you’re going to come up with a giant comprehensive immigration reform deal while the government is shut down, I think, is largely fantasy.”

In the upcoming week, Pelosi announced, Democrats are expected to pass a package of six bills “agreed to by House and Senate negotiators and other legislation to reopen government so that we can fully negotiate on border security proposals.”

Pelosi called on the president to sign the bills and reopen the government.