The FBI raided the Florida home of Trump-confidant Roger Stone Friday morning after Stone was indicted by a grand jury on charges with seven counts, including allegedly making false statements to Congress, tampering with a witness and obstructing a government investigation.

The high-profile indictments were brought by special counsel Robert Mueller in the second year of the Russia collusion investigation. (RELATED: Roger Stone: I Would Never Testify Against The President) 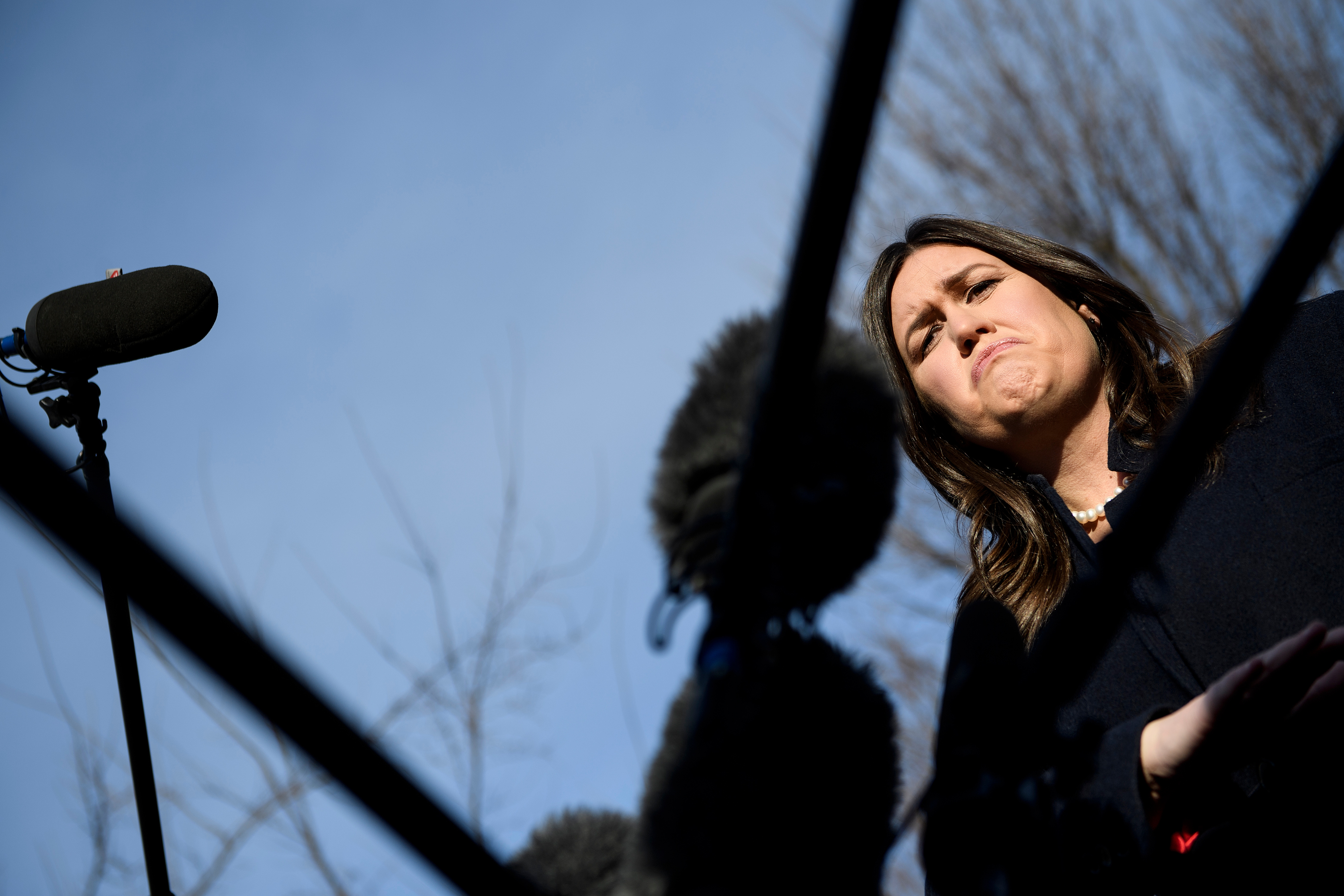 White House press secretary Sarah Huckabee Sanders responded to the Roger Stone news Friday in an early interview with CNN. Sanders wondered if the same standards the FBI is employing with Stone would apply to other players in the 2016 election who have lied to the FBI.

When asked by CNN about the recent arrest, Sanders said, “We’ll let the courts make the decision. A bigger question is: If this is the standard, will the same standard apply to people like Hillary Clinton, James Comey and [James] Clapper?”

Clinton, former FBI director James Comey and former CIA Director James Clapper have all allegedly made false statements or been dishonest with the authorities during moments of official testimony.

Sanders continued, asking, “Will we see the same people we know have all made false statements? Will that same standard apply? That’s a question we’ll see what happens on that front.”

Many in media wondered about CNN’s role in the coverage of the raid of Stone’s home. According to a previous Daily Caller report:

CNN was the only news outlet to capture footage of Trump-confidant Roger Stone’s arrest Friday morning, raising allegations that they were tipped off to the impending raid by the FBI or the grand jury handling the case.

The seemingly too-perfect scenario of CNN being the only outlet on scene as the FBI raided Stone’s home sparked allegations that CNN had been tipped off to the arrest.