House Democrats proposed to strike “so help you God” from witnesses’ oaths before a major committee as part of their proposed rules package.

The current draft of the proposed House Committee on Natural Resources rules package replaces all gender-specific pronouns with “their,” and substitutes committee “Chair” for  “Chairman” in committee documents. The rules package also proposes that witnesses who testify before the committee be administered an oath bereft of any reference to faith or God and that adds the phrase “under penalty of law.” (RELATED: Alabama Planning To Restore ‘In God We Trust’ Motto In Public Schools)

“Do you solemnly swear or affirm, under penalty of law, that the testimony that you are about to give is the truth, the whole truth, and nothing but the truth?” the proposed oath reads, according to the draft obtained by Fox News Tuesday.

Republican leadership decried the proposed removal of faith-based language as a sign that the Democratic Party was shifting toward Marxism.

“It is incredible, but not surprising, that the Democrats would try to remove God from committee proceedings in one of their first acts in the majority,” House Republican Conference Chairwoman Liz Cheney of Wyoming told Fox News. “They really have become the party of Karl Marx.” 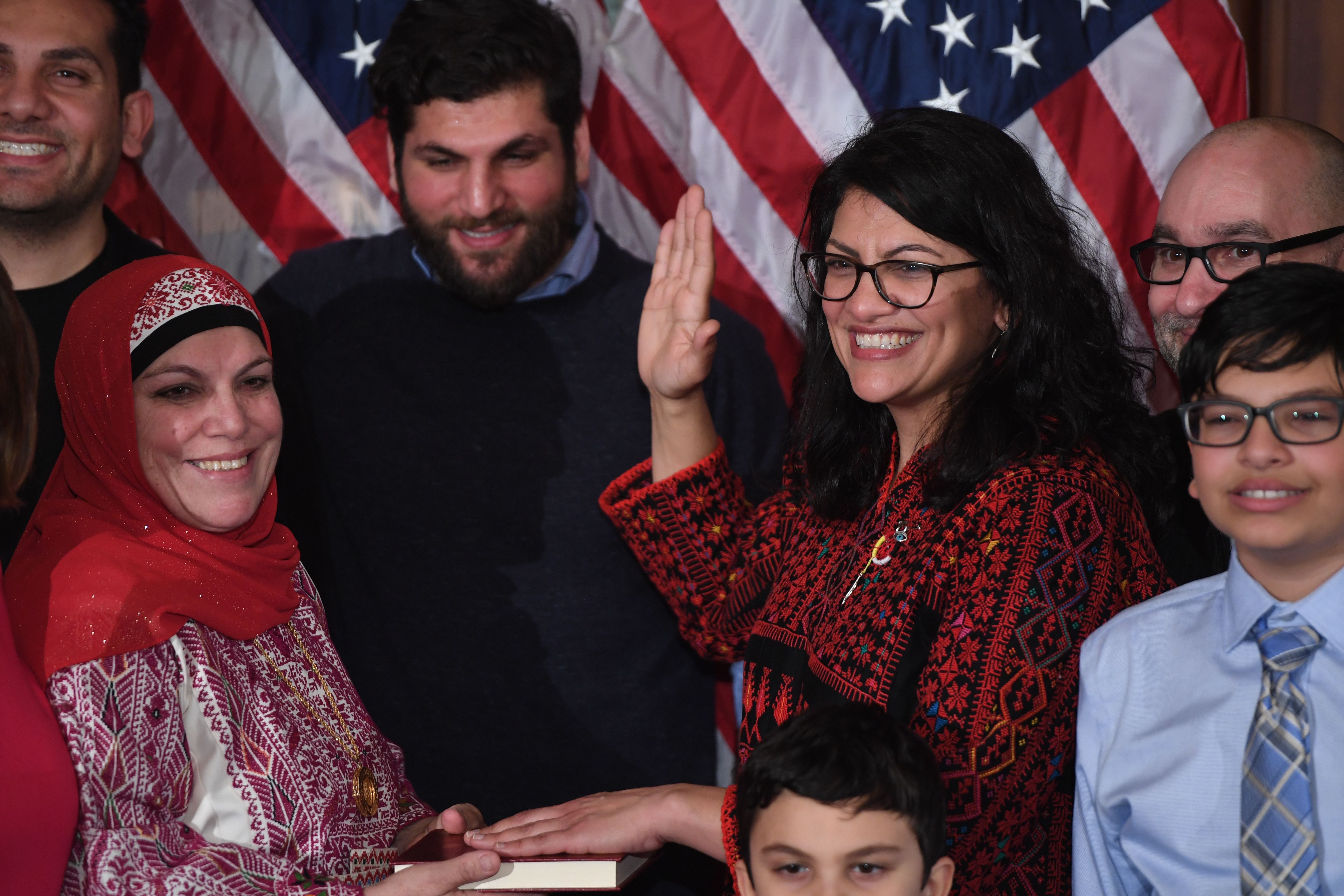 US House Representative Rashida Tlaib (D-MI), wearing a traditional Palestinian robe, takes the oath of office on Thomas Jefferson’s English translated Quran, with family members present in a ceremonial swearing-in from Speaker of the House Nancy Pelosi (D-CA) (out of frame) at the start of the 116th Congress at the US Capitol in Washington, DC, January 3, 2019. (SAUL LOEB/AFP/Getty Images)

The House Committee on Natural Resources is expected to vote in the coming week on whether to approve the rules proposal which, if adopted, will be immediately implemented.