President Donald Trump wished Supreme Court Justice Ruth Bader Ginsburg good health and said it was likely the person he nominates to fill the next vacancy on the Court would come from his previously released list.

“I hope that she’s healthy … I hope she’s happy … I hope she lives for a long time,” Trump said of Ginsburg, who has not been seen in public for over a month after recovering from lung surgery and a bout with cancer.

Trump would not commit to nominating Judge Amy Coney Barrett in the case of a Ginsburg vacancy, but said of his previously released list of potential Supreme Court nominees, “I have very much confined myself to that list as you know … that list has great people on it … and I’d say it’s highly likely I would say.” (RELATED: Justice Ruth Bader Ginsburg Undergoes Operation To Remove Cancerous Nodules From Lungs) 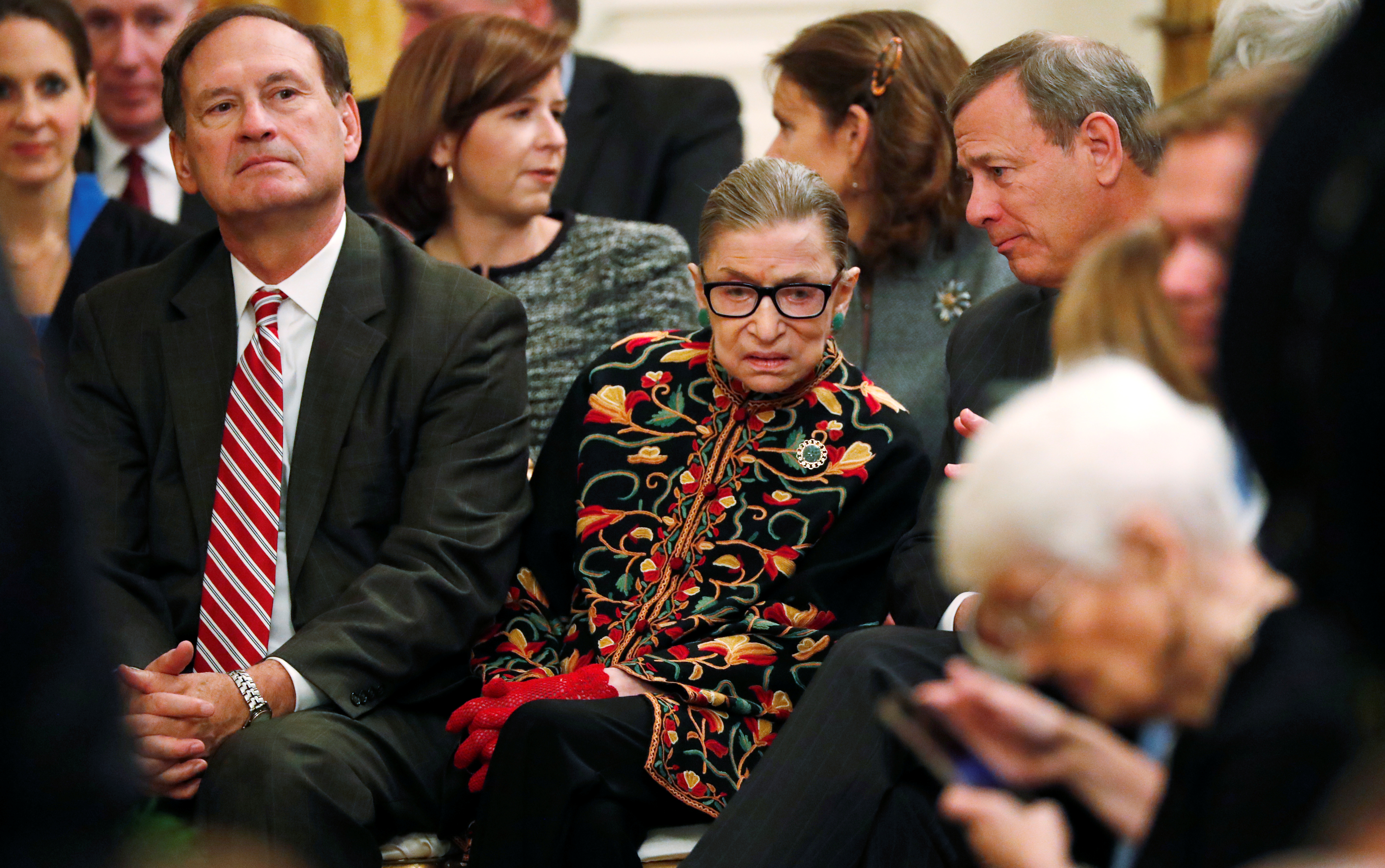 Trump released a list of potential Supreme Court nominees as a candidate for president in May 2016 and expanded the list to include five additional judges in November 2017. (RELATED: In His First Day On The Job, Kavanaugh Hired As Many Black Law Clerks As RBG Has In Her Entire Tenure)

“Anybody on that list would be a choice … they’re great people,” Trump continued. The president speculated that his previously released list of potential Supreme Court nominees was one of the reasons he won, saying “a lot of people have said that list is one of the reasons I won … because being a non-politician where you don’t have a record of choosing people … Supreme Court especially for the Republican party, it seems was very, very important.”