Every Feb. 2, Americans let a pudgy rodent named Punxsutawney Phil predict the onset of either spring or more winter weather when he emerges from his burrow in western Pennsylvania.

On Saturday, Punxsutawney Phil emerged from his burrow and did not see his shadow, meaning he predicts spring is near, reported CNN. If Phil had seen his shadow, some say that means six more weeks of winter.

But where did this bizarre tradition come from? Read on to discover the origins of Groundhog Day. It’s a tradition with deeper roots than you might have expected.

It All Started With German Immigrants

The tradition of looking to a small animal to predict the weather began with German immigrants concentrated in Pennsylvania who used a hedgehog — not a groundhog. If the hedgehog saw its shadow, that meant they could expect six more weeks of winter temperatures. (RELATED: A Small Pennsylvania Town Lost A Son In Combat. We Saw How They Remembered Him Firsthand)

The tradition was part of the Christian celebration of Candlemas Day, which marked a halfway point between the winter solstice and spring equinox. The holy day originated as an observance of the day the Virgin Mary purified herself at the temple after the birth of Jesus, according to New Advent. On Candlemas, the clergy would bless and give out candles to last congregants for the rest of winter.

The immigrants’ Candlemas tradition traces back as far as the early 1700s when they began arriving in Pennsylvania. Since there were so many groundhogs in the area, they began to use them instead of the European hedgehogs.

Who Made Punxsutawney Phil Famous?

These Pennsylvanian groundhogs enjoyed quiet lives until 1887, when a groundhog-hunting newspaper editor declared that Punxsutawney’s groundhog Phil was the nation’s only “true” weather-forecasting groundhog. The Punxsutawney Groundhog Club now plans a three-day celebration of the holiday at Gobbler’s Knob in the town of Punxsutawney.

Other towns have their own groundhog mascots as well, including Birmingham Bill in Alabama and Staten Island Chuck in New York. But Punxsutawney Phil is arguably the most famous, as well as a supporting character in the popular Bill Murray comedy “Groundhog Day.”

Groundhogs, also known as woodchucks, go into hibernation in the fall and do not emerge until March. During this time, their heartbeats slow down, their body temperatures drop and they lose roughly 30 percent of their body fat. 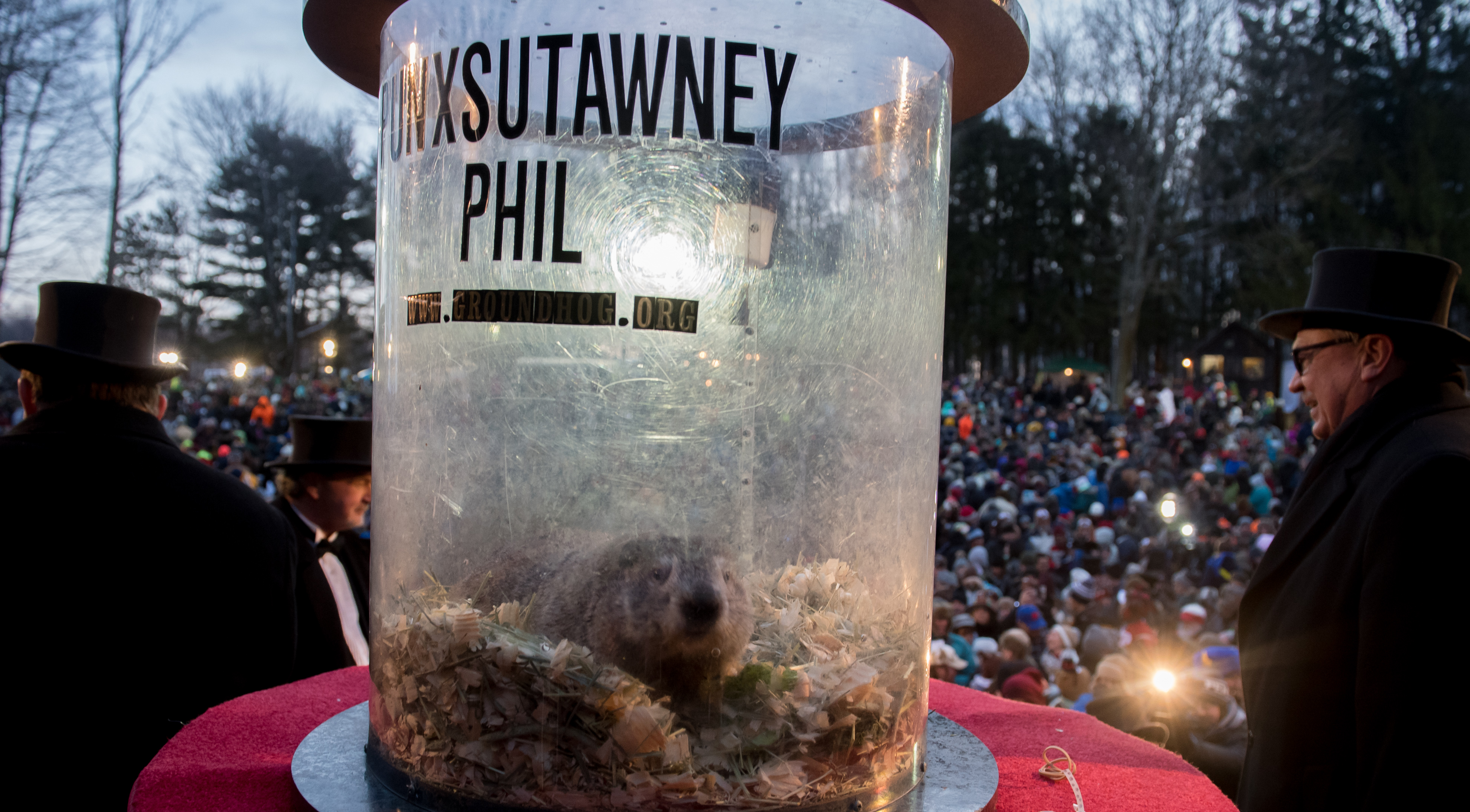 Male groundhogs emerge early to look for a mate. They also whistle when searching for a female groundhog, giving the creatures the nickname of “whistle pigs.”

How Accurate Is Punxsutawney Phil?

Lots of people tune in each year for Punxsutawney Phil’s big day, but the National Oceanic and Atmospheric Administration has declared the groundhog has “no predictive skill.”

Phil’s skill is kind of like a coin flip — he’s been accurate about 50 percent of the time, according to The Weather Channel. His predictions were wrong in both 2017 and 2018.

The Daily Caller News Foundation has detailed the origins of holiday traditions including historical celebrations of Christmas, Santa Claus and the creation of Thanksgiving as we know it.