The British government said Tuesday it believes photojournalist John Cantlie is still alive over six years after the Islamic State captured him along with U.S. journalist James Foley.

Security Minister Ben Wallace told reporters that the United Kingdom’s government believes Cantlie remains a captive of ISIS, but he did not elaborate on what intelligence the government has concerning the British photographer’s state or his whereabouts, The Associated Press reported. Wallace did say, however, that the U.K. government will not pay any ransom requests. (RELATED: Ilhan Omar Gave Interviews To Host Who Called Israel ‘Jewish ISIS’ And Compared Hamas To Holocaust Victims)

A campaign organized to keep Cantlie’s memory alive and, if he remains a captive, to seek his release acknowledged the news on Twitter but claimed that it is as yet unsubstantiated.

We are aware of the current news circulating that John Cantlie is alive, whilst this is not substantiated at present, we continue to hope and pray that this turns out to be true. Thank you for your continued support????

ISIS operatives kidnapped Cantlie in Syria in 2012 along with Foley, who they later beheaded. The Islamic terrorist group featured Cantlie in a number of propaganda videos released to the public online, though the last of these videos was released in 2016. Conflicting rumors of his whereabouts have sprung up sporadically since then, according to The Guardian. 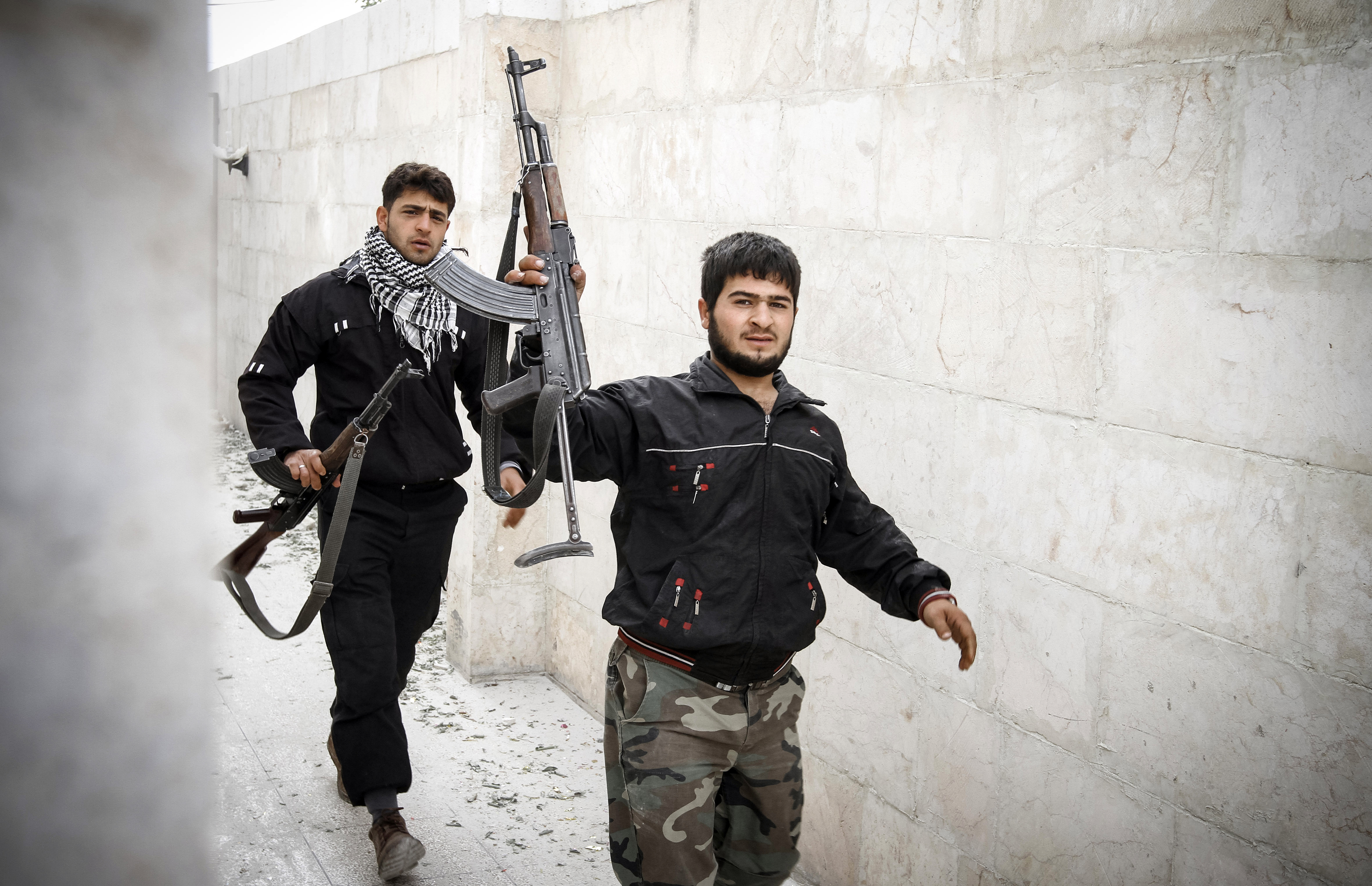 Rebel fighters retreat from the frontline with Syrian army troops in the town of Maaret Al-Numan, Syria, on Nov. 17, 2012. John Cantlie/AFP/Getty Images

A French ISIS operative claimed in October 2017 that Cantlie was alive and being held in Raqqa, Syria, contrary to previous reports months before in Iraqi media that the journalist had died in an airstrike. Syrian Democratic Forces claimed in January that ISIS militants were possibly holding Cantlie in one of their last strongholds in the town of Hajin in an eastern province of Syria known as Deir ez-Zor.

Cantlie worked for a number of U.K. news outlets before his kidnapping, including The Sun, The Sunday Telegraph and The Sunday Times.