President Donald Trump accused Democratic leadership on Sunday of orchestrating a government shutdown to distract attention away from the current news cycle that has been beneficial to the Republican party.

“I don’t think the Dems on the Border Committee are being allowed by their leaders to make a deal,” Trump tweeted. “They are offering very little money for the desperately needed Border Wall & now, out of the blue, want a cap on convicted violent felons to be held in detention!”

I don’t think the Dems on the Border Committee are being allowed by their leaders to make a deal. They are offering very little money for the desperately needed Border Wall & now, out of the blue, want a cap on convicted violent felons to be held in detention!

The Homeland Security funding conference committee, comprised of House and Senate members of both parties, signaled last week that they are nearing a final border security deal that could be voted on prior to the Feb. 15 funding deadline.

However, Republican Alabama Sen. Richard Shelby, a key member of the committee, revealed on Sunday morning that negotiations have hit a stalemate since Democrats demanded a limit to how many criminals Immigration and Customs Enforcement (ICE) is allowed to detain.

“I think the talks are stalled right now. I’m hoping we can get off the dime later today or in the morning because time is ticking away but we’ve got some problems with the Democrats dealing with ICE, that is detaining criminals that come into the U.S. and they want a cap on them,” Shelby said on ‘Fox News Sunday.’ “We don’t want a cap on that.”

The new dispute raises the prospect of another government shutdown when funding expires at the end of the week. Voters largely blamed Trump and the Republicans for the shutdown that occurred in January, which Trump alleges is the reason for Democrats’ refusal to make a deal and keep the government running. 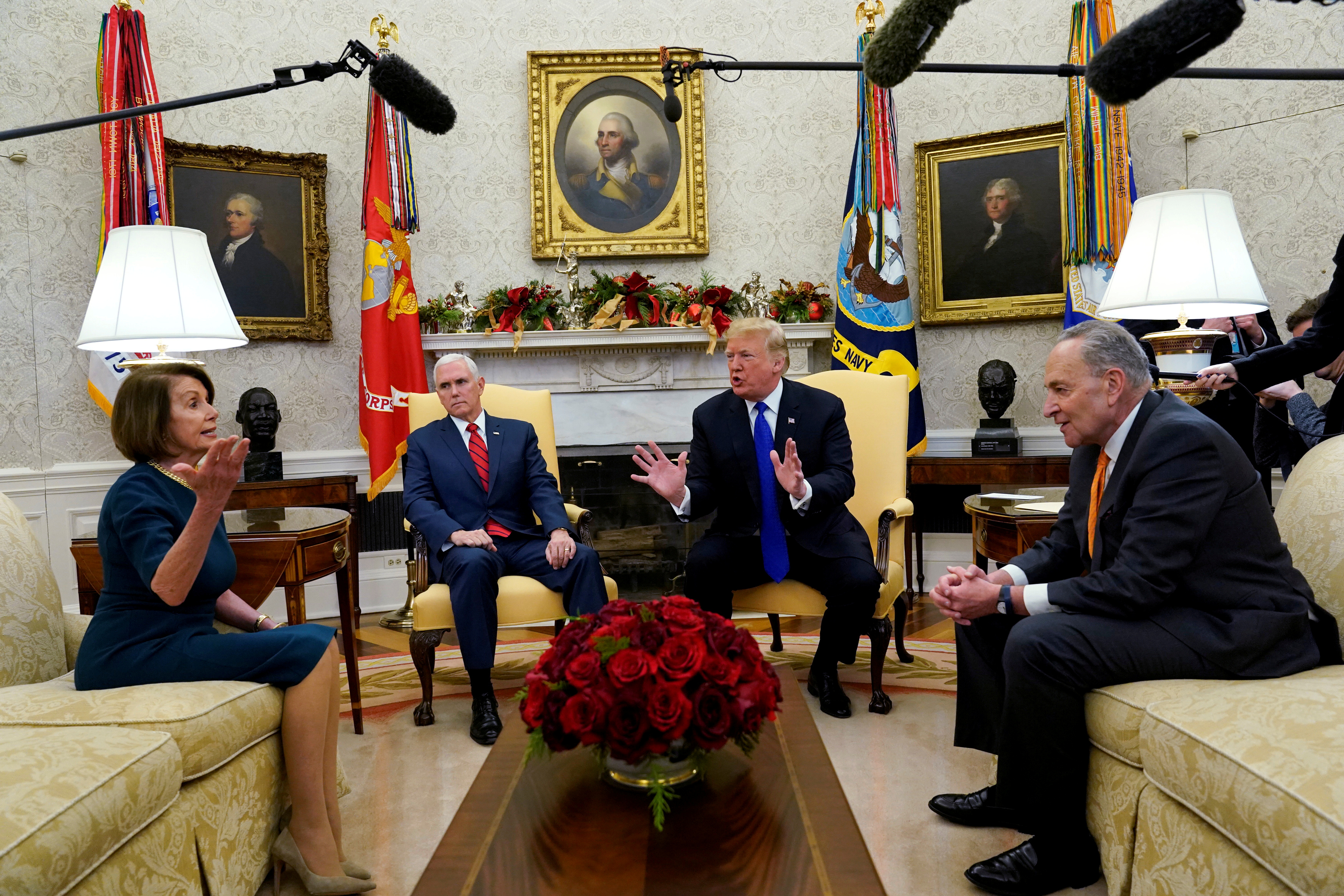 “It was a very bad week for the Democrats, with the GREAT economic numbers, The Virginia disaster and the State of the Union address,” Trump continued. “Now, with the terrible offers being made by them to the Border Committee, I actually believe they want a Shutdown. They want a new subject!”

Republican Conference Chair Liz Cheney, the party’s third-ranking member, also noted on Sunday that the Democratic leadership is not in line with the majority of their rank-and-file who agree that the U.S. border needs to be secured. (RELATED: Liz Cheney: Pelosi ‘Commandeered’ The House On DACA Issue She’s Now Voting Against)

“When you watched the negotiations that have been going on between our bipartisan and bicameral committee … when the committee members had a chance to hear from Border Patrol agents themselves and testimony, it really made a difference,” Cheney said on CNN’s “State Of The Union.”

“There’s bipartisan agreement that we’ve got to secure the border,” Cheney continued. “I think there’s some members of leadership on the Democratic side, in particular Speaker [of the House Nancy] Pelosi, who is really out there on her own saying things like ‘walls are immoral’ and she will only allow one dollar for a wall.”