After Katy Perry’s latest shoe design came under fire when people noticed that they resemble blackface, the shoes are reportedly being removed from store shelves.

The 34-year-old singer’s shoes called the “Rue Face Slip-On Loafers” and the high-heeled version called “Ora Face Block Heel Sandal” were being sold by Dilliard’s and Walmart, according to TMZ Monday. (RELATED: Ryan Seacrest Gets Caught Making Bizarre Comments To Katy Perry On A Hot Mic) 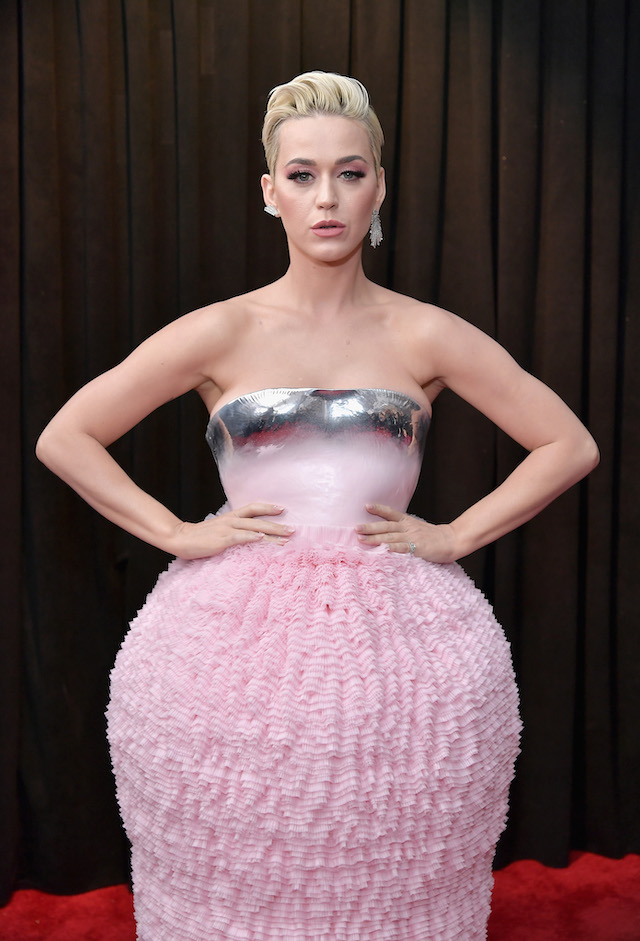 Check out a picture of the shoes here posted on social media designed by Perry.

One comes in black the other in beige. The features on both include two blue eyes, a beige colored nose and large red lips. (RELATED: Katy Perry Accidentally Flashes ‘Idol’ Judges [VIDEO])

The shoes raised eyebrows and even singer Masika Kalysha noticed them and said, “So we just gonna let Katy Perry slide?”

Sources close to Perry said the shoes are part of a larger design line and were never meant to be offensive.

“In order to be respectful and sensitive the team is in the process of pulling the shoes,” the insider shared.

The news comes on the heels of critics slamming the “Dark Horse” hitmaker’s performance on social media Sunday night for her tribute to Dolly Parton at the Grammy Awards, alongside others stars like Kasey Musgraves and Miley Cyrus.