Three major Belgium trade unions went on a national strike Tuesday evening, forcing Belgian airspaces and half of the country’s scheduled trains to be completely shut down.

Belgium air traffic control authority Skeyes said in a statement Tuesday that “there is no certainty about the number of staff” reporting to work during the strike, which forced the airspace to shut down, according to CNN.

UPDATE – Due to the general strike on 13 February, skeyes is forced not to allow air traffic between Tuesday 12 February 10 pm and Wednesday 13 February 10 pm. Consequently, there will be no flights into or out of #brusselsairport. Updates & advice >> https://t.co/4ewJFY9vYs pic.twitter.com/F8oCN4cHNf

“The management takes its responsibility to guarantee the safety of air traffic,” read the statement. “In view of the great uncertainty about the occupation of some crucial posts in the operational services, this guarantee can only be given by not allowing air traffic.”

Due to the lack of air traffic controllers, no flight flying below 8,000 meters will be allowed into the Belgian airspace, said a Skeyes spokesman. Government, military and humanitarian flights, however, will still be operating.

Brussels airport spokeswoman Natalie Pierard told CNN, “591 flights were expected to leave and enter Brussels, so we are looking at a little over 600 flights being affected altogether.”

In addition to air travel, public transport on the ground, especially trains, will be affected by the national strike. About half of scheduled trains are set to operate on Wednesday, according to BBC. 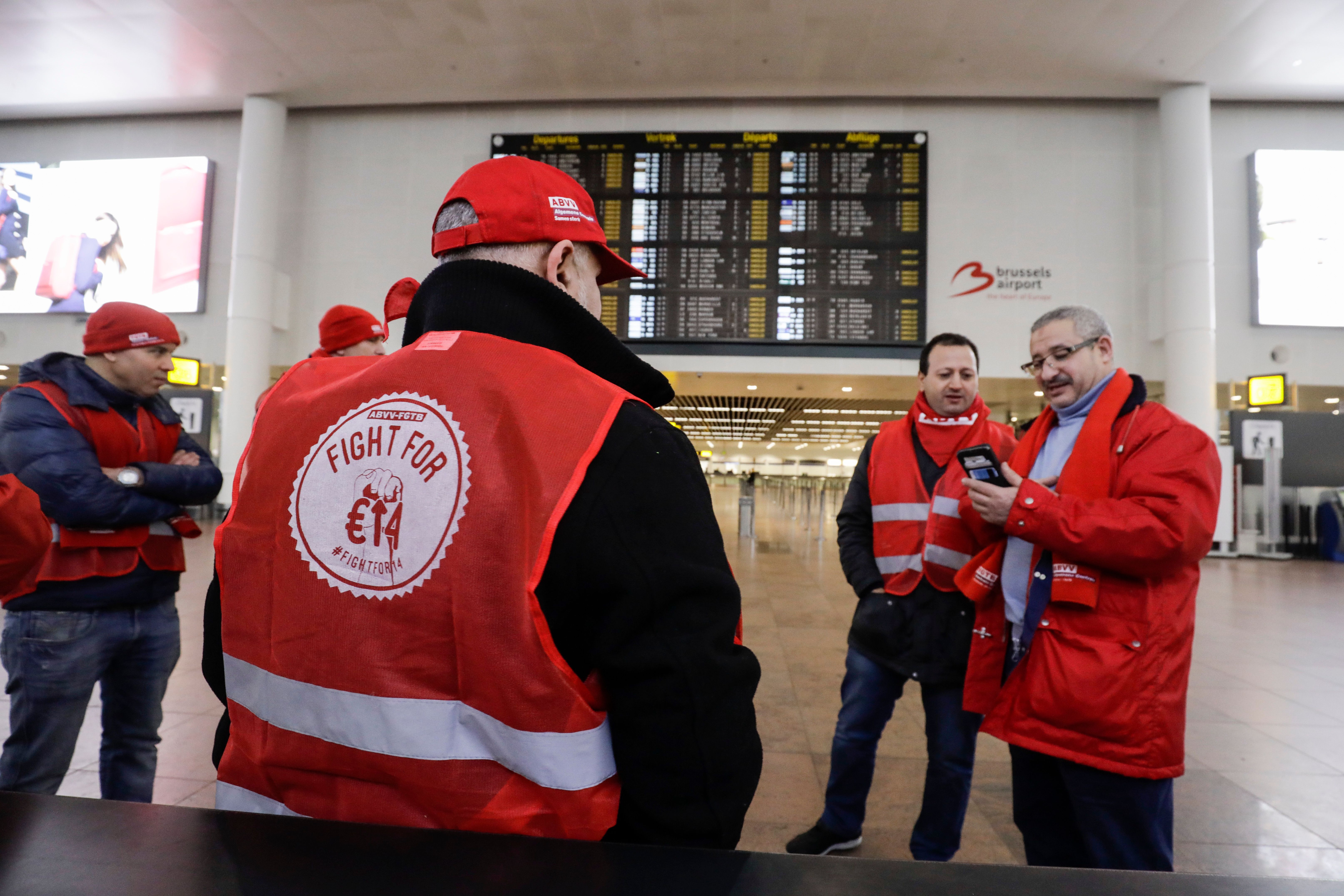 Union members stand at Brussels national airport in Zaventem, on the outskirts of the Belgium capital, on February 13, 2019, during a national general strike. (THIERRY ROGE / BELGA / AFP) / Belgium OUT (Photo credit should read THIERRY ROGE/AFP/Getty Images)

The first general strike in Belgium since 2014 started at 10 p.m. Tuesday and will last 24 hours until 10 p.m. Wednesday. The strike by the trade unions is in response to a disagreement over wage growth in the country as it was limited to only 0.8 percent over the next two years.

With general elections approaching fast in May, Belgium trade unions are calling for the center-right government to increase wages, reform pensions and improve to work-life balance.