President Donald Trump is declaring a national emergency at the U.S. southern border to begin construction on his proposed wall in addition to accepting congressionally negotiated compromise funding, he announced during a Friday morning press conference in the Rose Garden.

Acting White House Chief of Staff Mick Mulvaney told reporters Friday that the declaration was necessary because Congress is “incapable” of appropriating the amount of money needed in the administration’s eyes to build the 234-mile-long border wall. (RELATED: Trump Will Sign Border Bill, Declare National Emergency)

White House officials familiar with the deal say all together, Trump will have $8 billion at his disposal, though they said they could not guarantee all 234 miles could be built because of statutory restrictions on the amount of funding available.

The announcement ends a nearly two-month-long saga involving the longest lapse of federal funding in U.S. history, a high stakes showdown with a newly controlled Democratic Congress and the use of every executive action effort available to fulfill Trump’s signature campaign promise.

Trump’s speech included an emotional appeal, asking mothers and wives of people slain by illegal immigrants to hold up photos of their deceased family members to the assembled reporters. 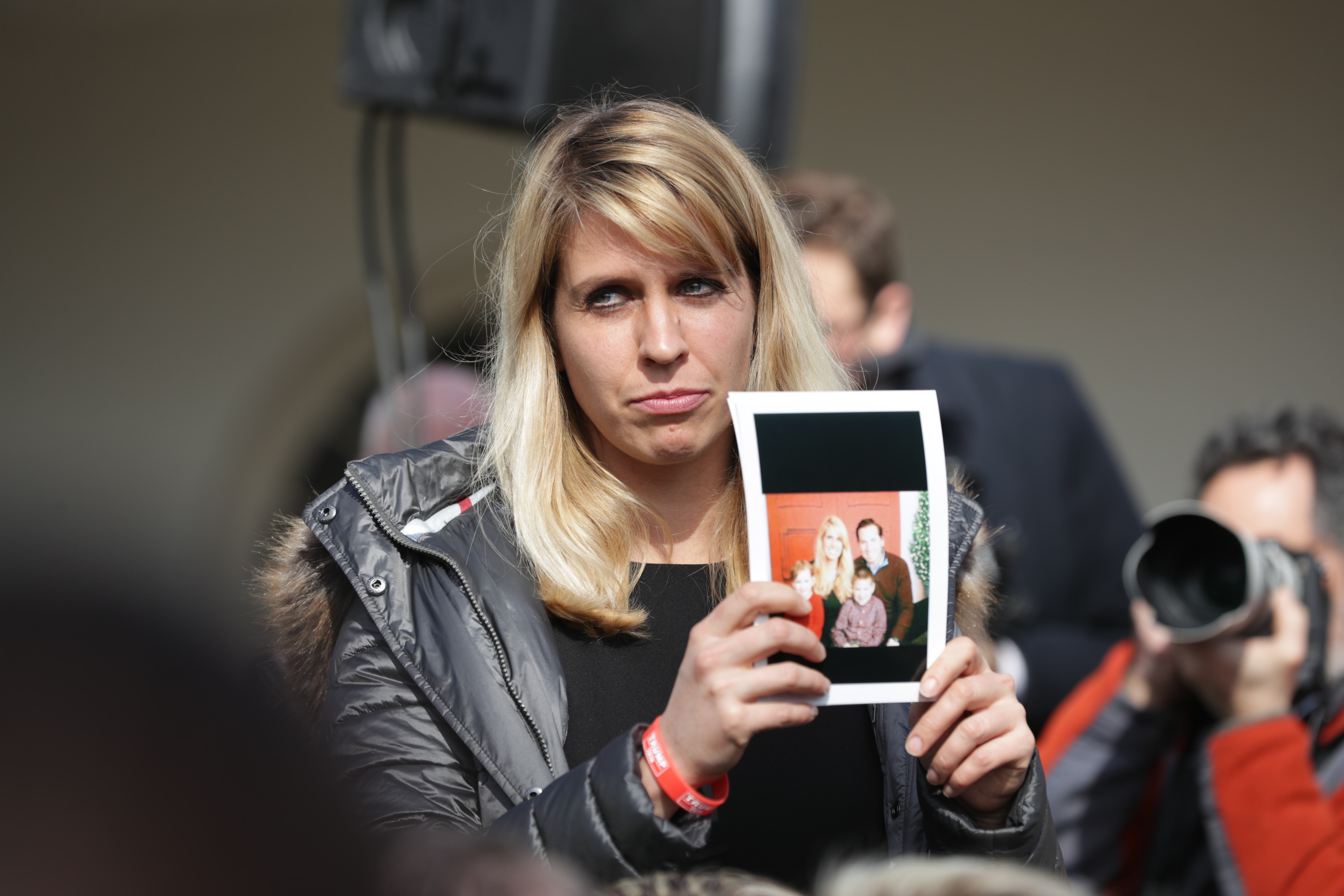 A relative of a victim killed by illegal immigrants holds a photo as U.S. President Donald Trump speaks on border security during a Rose Garden event at the White House February 15, 2019 in Washington, DC. (Photo by Chip Somodevilla/Getty Images)

Two officials familiar with the plans say Trump will attempt to begin construction on the wall nearly immediately and that the funding available to him will be tapped sequentially to head off any potential court challenges.

Trump’s intent to declare a national emergency already drew ire in Congress from Republicans and Democrats who say a dangerous precedent is being set and that the legislative body’s constitutional power of the purse is being usurped.

House Speaker Nancy Pelosi called the move an “end run” around Congress; other congressional Democrats said they would attempt to block the declaration through measures available under the National Emergencies Act.

White House officials assured supporters Friday morning that they would veto any attempts by Congress to override Trump’s national emergency.

Trump’s national emergency declaration will also likely face legal challenges. The president addressed that issue during his Rose Garden speech, noting that is highly possible the case is taken all the way to the Supreme Court. However, he sounded optimistic that he would ultimately prevail on such a challenge.  (RELATED: Here’s What Would Happen If Trump Declared A National Emergency)

Legal experts have said that Trump would have the authority to build the wall under a national emergency as long as he uses money from an unmarked pot of Department of Defense funds. The DoD funds are to be used for military construction projects and can only be accessed under an emergency.