Democratic Minnesota Rep. Ilhan Omar is scheduled to raise money in March with the Hamas-linked Council on American-Islamic Relations (CAIR) only a week after she used an anti-Semitic trope to claim Israel has paid for GOP support.

Omar will be the keynote speaker at CAIR’s 4th Annual Valley Banquet on March 23 to discuss advancing justice and empowering Muslims, according to the organization’s invitation. Single tickets start at $55 per person and a table can cost upwards of $500.

Hassan Shibly, the chief executive director for CAIR-Florida, will also be speaking at the event. Shibly has emphatically stated that Hezbollah and Hamas are not terrorist organizations, reported Jordan Schachtel at Conservative Review.

Hussam Ayloush, the chief executive director for CAIR-LA, who is hosting the event, compared the state of Israel to the Islamic State during a speech in April. Shibley has repeatedly echoed those sentiments and spread propaganda describing U.S. armed forces as radical terrorists.

Omar faced massive backlash after she stated on Feb. 10 that Republicans’ support for Israel is bought by the American Israel Public Affairs Committee (AIPAC). The anti-Semitic comments received swift condemnation from congressional members on both sides of the aisle, including the Democratic leadership and the White House.

After receiving widespread criticism, Omar apologized for using anti-Semitic language but maintained her position on “the problematic role of lobbyists in politics, whether it be AIPAC, the [National Rifle Association] or the fossil fuel industry.” (RELATED: Top Democrat Jerry Nadler Slams Ilhan Omar Over Comments About Jews)

Omar’s office did not return The Daily Caller News Foundation’s request for comment and clarification on whether raising money for CAIR exacerbates the “problematic role of lobbyists in politics” and, if not, the difference between fundraising for CAIR and AIPAC. 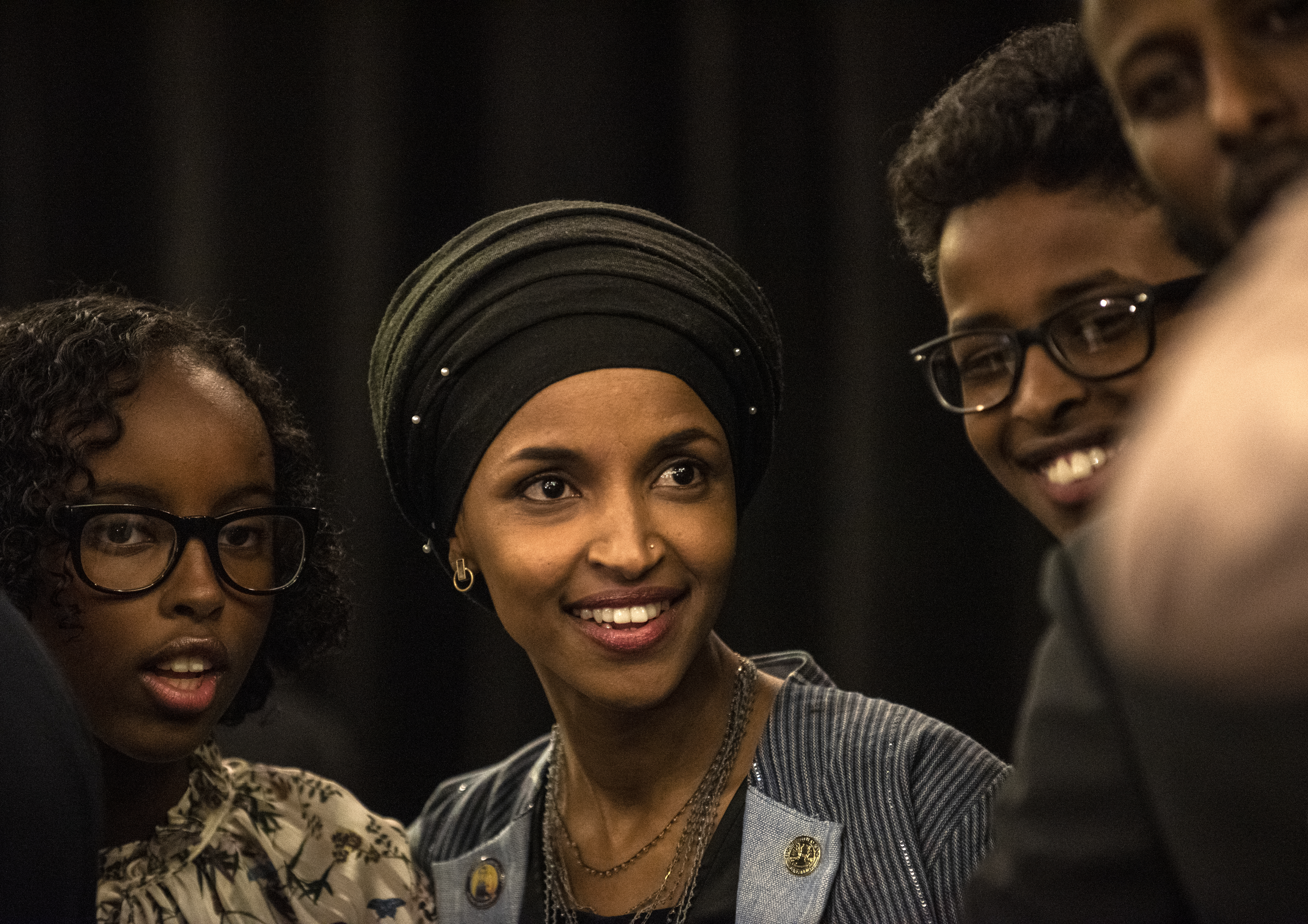 Omar has been in office less than two months and is surrounded by a number of controversies. The freshman congresswoman defended anti-Israeli statements, such as ones invoking Allah to expose Israel’s “evil doings,” and she has come out in favor of the Boycott, Divestment and Sanctions (BDS) movement, which seeks to punish the nation-state of Israel by economically depriving the country for its alleged mistreatment of Palestinians living in the Gaza Strip and West Bank.

The Minnesota congresswoman is also on record implying Israel is not a democracy and gave an interview to a host that referred to Israel as the “Jewish ISIS.” (RELATED: Ocasio-Cortez Breaks Silence On Ilhan Omar’s Anti-Israel Comments: ‘I’m Proud’)

Omar and Democratic Michigan Rep. Rashida Tlaib became America’s first Muslim congresswomen when sworn into office in January. Their time in office have both been embroiled in allegations of anti-Semitism.