Former Vice President Joe Biden blasted President Donald Trump in everything but name at a defense summit, as he declared America “an embarrassment” before European allies.

Biden, in an extended apology that prompted loud applause from the delegates at the NATO Munich Security Conference Saturday, suggested the United States had abandoned its bedrock principles and commitment to Europe, the Washington Examiner reports.

President Donald Trump heads back into the Oval Office after speaking on border security during a Rose Garden event at the White House Feb. 15, 2019 in Washington, DC. (Photo by Chip Somodevilla/Getty Images)

Violating a decades-old tradition of leaving politics at home when addressing foreign nationals, the potential 2020 Democratic presidential candidate spent much of his speech suggesting America had violated its commitment to “human decency” and other cornerstones of democracy. Biden has said that he wishes to restore “civility” and “respect” to American politics. (RELATED: Biden: ‘I Think I’m The Most Qualified To Be President) 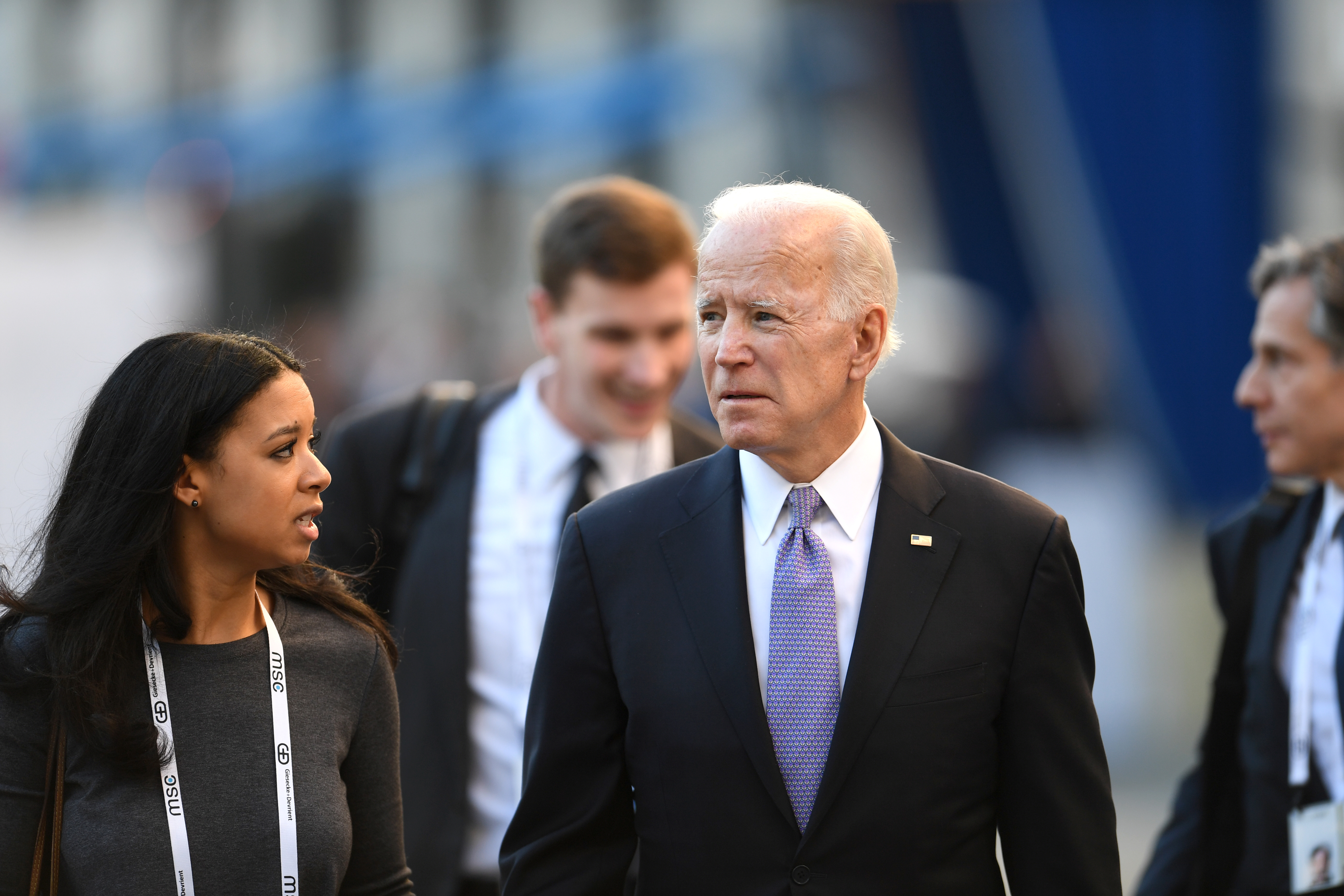 Biden said: “While I cannot speak today as an elected government official who is able to set policy, I can speak as a citizen. I can offer insight into my country. I know we’ve heard a lot today about leadership, but in my experience, leadership only exists if somebody — and others — are with you. Leadership in the absence of people who are with you is not leadership.”

While Biden was in the midst of his administration critique, he suggested it was wrong “to disagree with your brothers and sisters in public. Today because of, I think, a lack of leadership coming from the other side of the Atlantic, we find ourselves in a different place, and it’s uncomfortable.” (RELATED: Joe Biden Has Endorsed Segregation, Calling It Black Pride)

The former Democratic senator from Delaware suggested hope was on the way as he discussed his two-year trek across America “from Minnesota to Texas, from Boston to Birmingham,” in search of answers that he claimed he found.

“I can assure you, that the American people, the ultimate wellspring of power in the United States of America, remain committed to engaging the world with decency and respect.”