Americans’ favorability perception of the United States’ image around the world is the highest it’s been since the start of the Iraq War in 2003, according to a new Gallup poll.

Fifty-eight percent of Americans surveyed said that they believe the United States is viewed “very” or “somewhat favorably” in the eyes of the world, up slightly from 55 percent last year.

Notably, that is the highest net favorability rating since 2003, when Gallup recorded 61 percent of respondents believe the United States was viewed favorably in the world’s eyes. 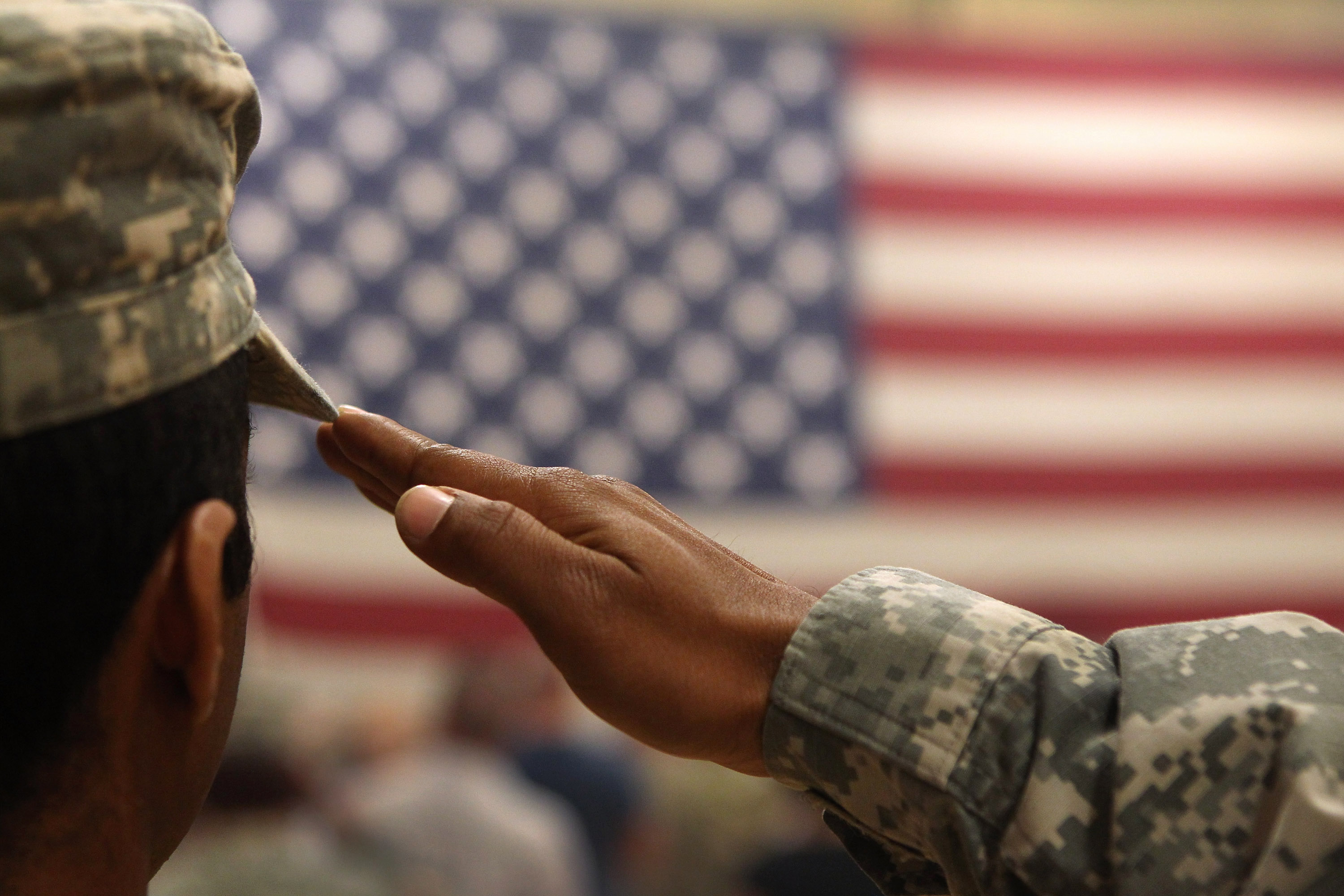 A soldier salutes the flag during a welcome home ceremony for troops arriving from Afghanistan on June 15, 2011 to Fort Carson, Colorado. (Photo by John Moore/Getty Images)

The poll results suggest Americans no longer feel burdened by the strain of the Iraq War, which polling at the time suggested soured international opinions of the United States. (RELATED: Donald Trump Called The Iraq War A ‘Disaster.’ His New National Security Director Was Its Biggest Cheerleader)

The increase in American perception of U.S. world image was driven by Independents — who jumped from 50 percent to 58 percent — who said the United States is viewed somewhat or very favorably.

Despite the increase in perceived world image, 53 percent Americans are still dissatisfied with the country’s overall standing in the world. That 53 percent figure, however, is the lowest level of dissatisfaction recorded since 2005.

Just 31 percent of respondents in the survey said they believe President Donald Trump is respected by world leaders.

Gallup surveyed 1,016 adults by phone in all 50 states and Washington, D.C., for the survey.