During a Wednesday night conversation with Fox News host Sean Hannity on the topic of the second meeting between the two leaders, Graham said that Trump “rattled North Korea” because they believed rightly that the U.S. president would have used force “if he had to.”

“Why is Trump meeting with North Korea when North Korea wouldn’t meet with anybody else?” Graham rhetorically asked. “I think President Trump rattled North Korea. I think they believed that President Trump would use military force to stop their nuclear missile program if he had to. He took them seriously and Trump’s giving them a way out. Chairman Kim, if you’re smart, you’ll take the way out given to you by President Trump. If you’re actually trying to play the guy, you’re going to regret this effort.”

Responding to Hannity’s contention that we were just “one, two, or three rockets away” from a “major escalation” between the two countries, Graham summed up his own conversations with the president throughout the process. 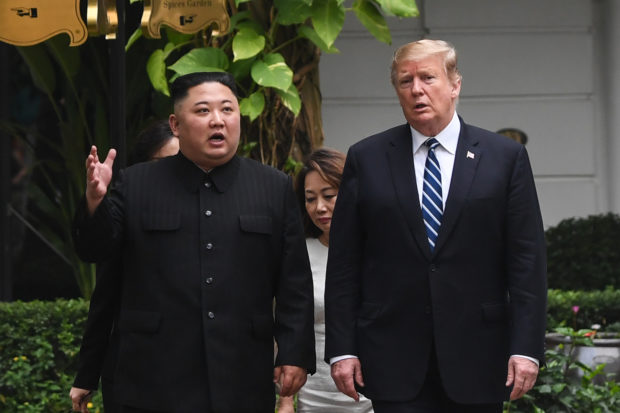 “The fire and fury rhetoric was sincere,” said the South Carolina senator. “The North Koreans believed that if they fired another missile they were going to get attacked. They were going to get attacked. And here’s what I would say. The president’s giving them a chance to maintain their security, increase their prosperity, and in return he wants them to give up their nukes. This is the last best chance for peace. If this doesn’t work, we’re not going back to the status quo. So everybody in America and the world should pray for a good outcome here. But the reason that Kim is at the table, he believes that Trump is hell-bent on stopping him one way or the other. And the best way is a win-win.”

The two then compared the Obama administration’s policy and progress with Iran to Reagan’s negotiations with the former Soviet Union and Trump’s progress now, ending with speculation on how the media would react if the president managed to win the Nobel Peace Prize. (RELATED: President Trump’s Chances Of Winning Nobel Peace Prize Just Went Through The Roof)

“A world in which Donald Trump gets the Nobel Peace Prize is probably more dangerous in the eyes of the liberals than North Korea having nukes,” Graham said.