Egypt’s leading imam drew criticism from other Islamic clerics for denouncing polygamy as “an injustice to women and children” that the Quran restricts.

Sheikh Ahmed al-Tayeb, Grand Imam of the Al-Azhar, argued that Muslims have misinterpreted the Quran’s verses about polygamy as blanket permission to marry multiple wives when in fact the Quran restricts polygamy to certain situations and requires that each wife be treated equally. Other Muslim clerics, however, argued for polygamy as a solution to female celibacy. (RELATED: Francis Conducts First Ever Papal Mass On Arabian Peninsula In UAE)

“Those who say that marriage must be polygamous are all wrong. We have to read the (Quranic) verse in full,” al-Tayeb said, according to The Associated Press.

The grand imam argued that the Quran states “if there is not fairness it is forbidden to have more than one wife,” and that current practices of polygamy stem from “a lack of understanding of the Quran and the tradition of the Prophet” and are “often an injustice to women and children.”

“Women represent half of society. If we don’t care for them it’s like walking on one foot only,” he added. 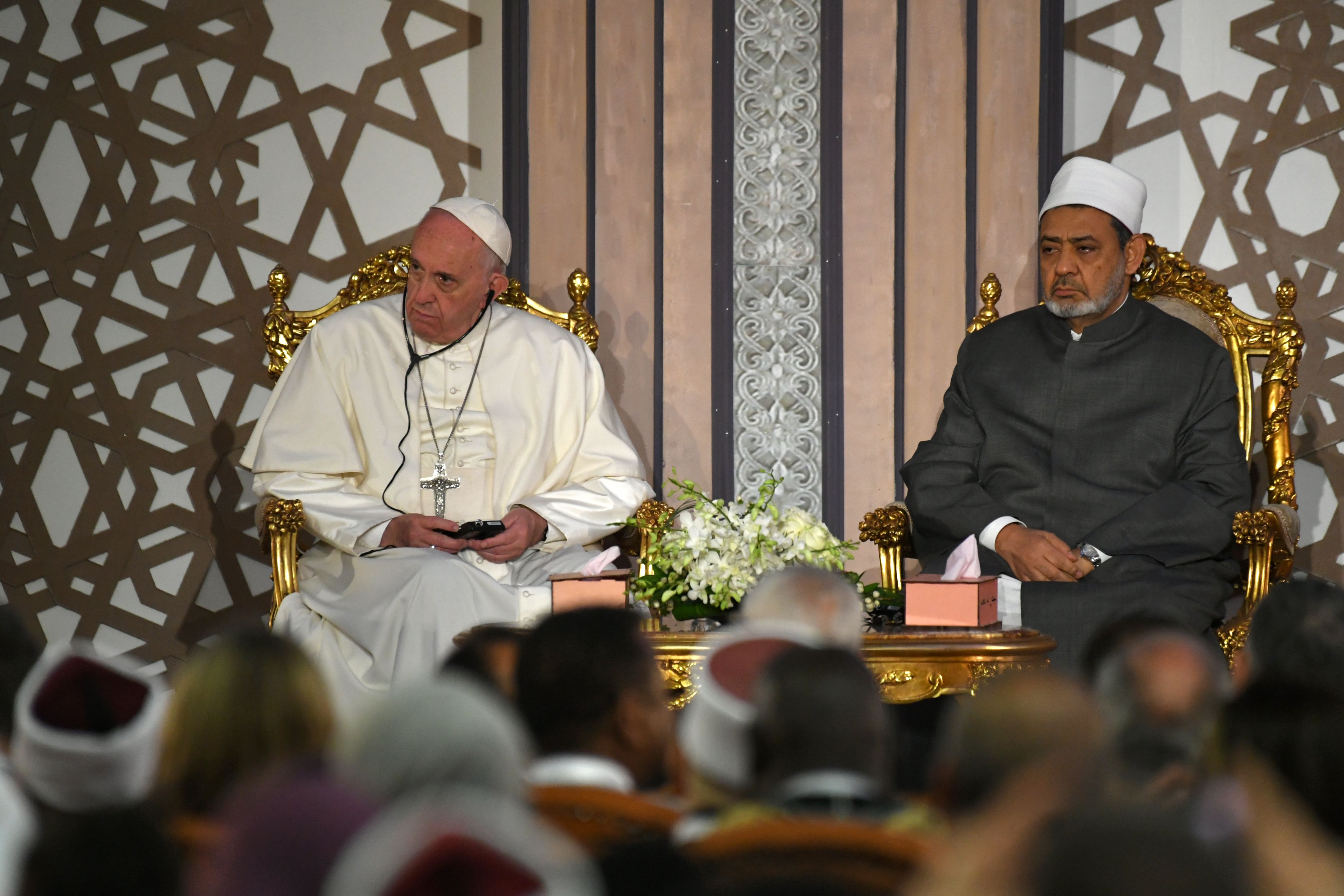 Pope Francis (L) meets with Sheikh Ahmed al-Tayeb, the Grand Imam of Al-Azhar, during a visit to the prestigious Sunni institution in Cairo on April 28, 2017.
(ANDREAS SOLARO/AFP/Getty Images)

Sameh Hamouda, an imam from Alexandria, challenged al-Tayeb’s comments on polygamy, saying the practice is necessary to provide Muslim women an alternative to lifetime celibacy.

“Polygamy is the social solution for (female) celibacy which has been horribly exacerbated,” Hamouda said, according to AP.

Al-Azhar clarified al-Tayeb’s statements Saturday, saying that the grand imam was not advocating a ban on polygamy.