Ocasio-Cortez’s political Instagram account contains direct links to her House Instagram account and includes a link for political contributions, alongside posts of official video footage on the House floor, according to a complaint Foundation for Accountability and Civic Trust (FACT) plans to file Thursday with the Office of Congressional Ethics. The group claims these actions violate House ethics rules.

“In a way, it’s a straight forward complaint,” Kendra Arnold, executive director of FACT, told The Daily Caller News Foundation. “Broadly speaking, the rules clearly define that politics and government works cannot overlap. There are reasons for that: mostly because we don’t want our taxpayer dollars going toward campaigns.” FACT is a nonprofit group whose past president was Matthew Whitaker, an attorney who served as President Donald Trump’s acting attorney general in 2018 and 2019.

“One is influencing the other,” Arnold said, referring to what she believes is the New York Democrat’s penchant for using Twitter as a form of cross promotion. “Once we elect … you cannot use whatever the government provides you for political purposes. Part of the issue is one violation stacked on another.” (RELATED: Ocasio-Cortez And Her Chief Of Staff ‘Could Be Facing Jail Time’ If Their Control Over PAC Was Intentionally Hidden, Former FEC Commissioner Says)

House ethics rules forbid lawmakers from using resources like House video for political purposes, the complaint notes. House ethics rules prohibit a member from posting a link to her official social media site on a campaign social media site. She solicited donations on the page that used official House video footage, according to FACT. This is not the first ethical complaint Ocasio-Cortez has had this week. 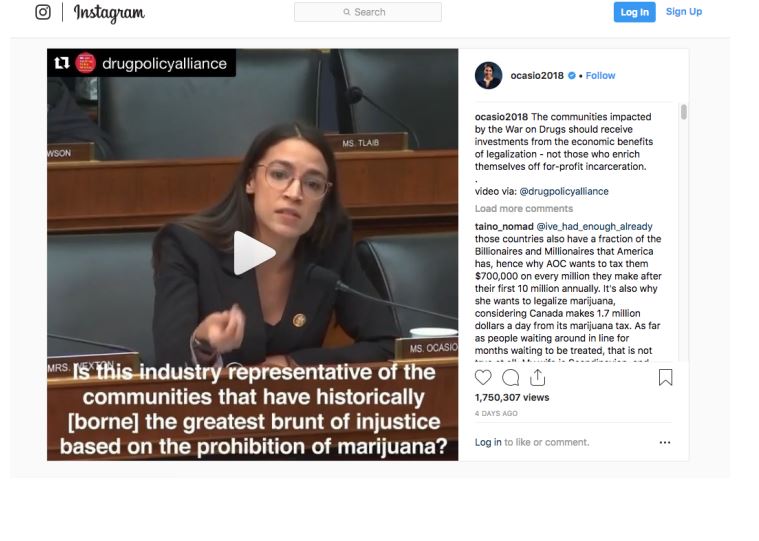 Ocasio-Cortez and her chief of staff obtained control of Justice Democrats PAC in December 2017, and the two appear to retain their control of the group, TheDCNF’s Andrew Kerr reported Monday. If the FEC determines her campaign operated in affiliation with the political action committee, then such a caper would open them up to some serious legal problems. Ocasio-Cortez never disclosed to the FEC that she and Chakrabarti, who served as her campaign chair, controlled the PAC.

Ocasio-Cortez’s office has not yet responded to TheDCNF’s request for comment about the nature of FACT’s claims.