That year’s defeat was considered an epic failure and a signal to try a different tactic.

Voters overwhelmingly rejected a proposal in May 2015 increasing a sales tax that would have gone toward fixing many of the states’ roads. Citizens rejected the measure 80 percent to 20 percent, leaving officials wondering how to raise funds for infrastructure improvements. Reports detailing Whitmer’s plan to implement a 45-cent gas tax increase ignored voters’ past opposition to such increases.

The increase is expected to generate roughly $2 billion a year in additional revenue for roads, according to media reports. Whitmer, a Democrat who ran on fixing Michigan’s roads, presented her idea to lawmakers Tuesday during a joint meeting of the state House and Senate appropriations committees. She staked her political campaign on fixing “the damn roads,” though she refused to explain what solutions were in the offering.

Whitmer’s position appears to conflict with her past positions on a sales tax, according to James Hohman, director of fiscal policy for Mackinac Center, a free market think tank based in Michigan. (RELATED: ‘Terrible Idea’: Michigan’s Democratic Governor Pushes An Enormous Gas Tax Increase)

“Her basic thing is that she wanted more money for the roads, but never came up with a plan. It seems to be inconsistent with her policy right now,” Hohman told The Daily Caller News Foundation.

He was referring to a debate in 2018 where Whitmer called claims of her willingness to drastically increase gas taxes ridiculous. 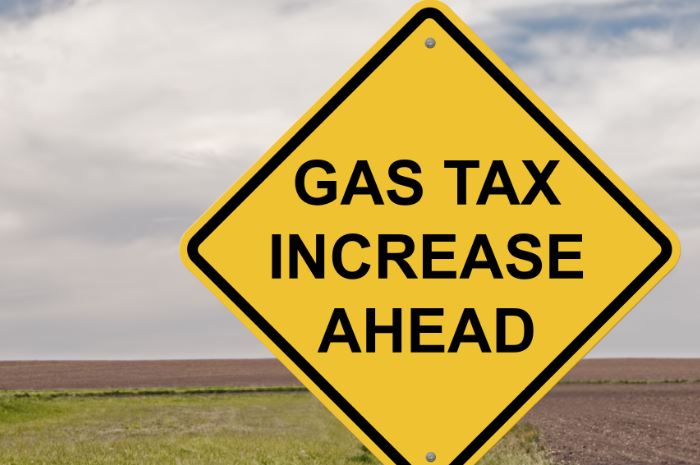 One of his colleagues, Michael LaFaive, published an article Tuesday laying out other ways to address infrastructure spending. Lawmakers can raise the gas tax and simultaneously reduce income taxes elsewhere. Such policies allow lawmakers to create a type of user fee for roads, LaFaive argued.

There are other glaring problems with Whitmer’s proposal. Incrementally increasing the gas tax by 45 cents would cost more than 22,500 private sector jobs and raise just under $2.5 billion annually within the next four years, he notes. It would also increase government employment by 6,300 jobs. LaFaive is the senior director of the Morey Fiscal Policy Initiative.

Conservatives are trashing Whitmer for using what they consider bait-and-switch tactics on Michigan taxpayers.

“Proposing to raise taxes on families by this much is a losing idea. Our roads are in disrepair,” Tony Daunt of the Michigan Freedom Fund told TheDCNF, noting that such an increase would amount to forcing every Michigander to pay what amounts to an extra $5 for every 10 gallons of gas they pump. “It’s offensive,”

Whitmer’s idea comes almost two years after former Democratic California Gov. Jerry Brown signed a law in 2017 imposing a 12-cents-a-gallon increase on citizens and raising the tax on diesel fuel by 20 cents a gallon. It also implemented an additional charge to annual vehicle license fees ranging from $25 to $175 depending on the car’s value.

California ranks seventh highest in the country when it comes to total taxes and fees, according to figures calculated by the American Petroleum Institute. Michigan’s increase would bring the gas tax from the 26-cent-per-gallon gas tax to 71 cents per gallon, making it the state with the highest gas tax in the country.

Whitmer’s office has not yet responded to TheDCNF’s request for comment.