Two transgender dependents and five current or former state employees sued the state, arguing the move violates federal law by refusing to pay for what they deem are medically necessary procedures. The lawsuit alleges the health care plan provided to state employees is unconstitutional because it doesn’t pay for surgeries and hormone treatments that it previously covered, according to The Associated Press.

“We have to think of it like any medical condition that is treated by a doctor and is diagnosed,” said Lambda Legal lawyer Taylor Brown. Brown is transgender and leads the case.

“To have to live in a world that perceives you, and that assigns you, as something that you’re not … It can make life unlivable for many people,” Brown said. “And that’s why we see such high suicide rates in the transgender community.”

A former treasurer voted with the state’s health care board to extend the procedures for a year, according to Folwell spokesperson Frank Lester. The coverage was not renewed under Folwell, according to Lester. 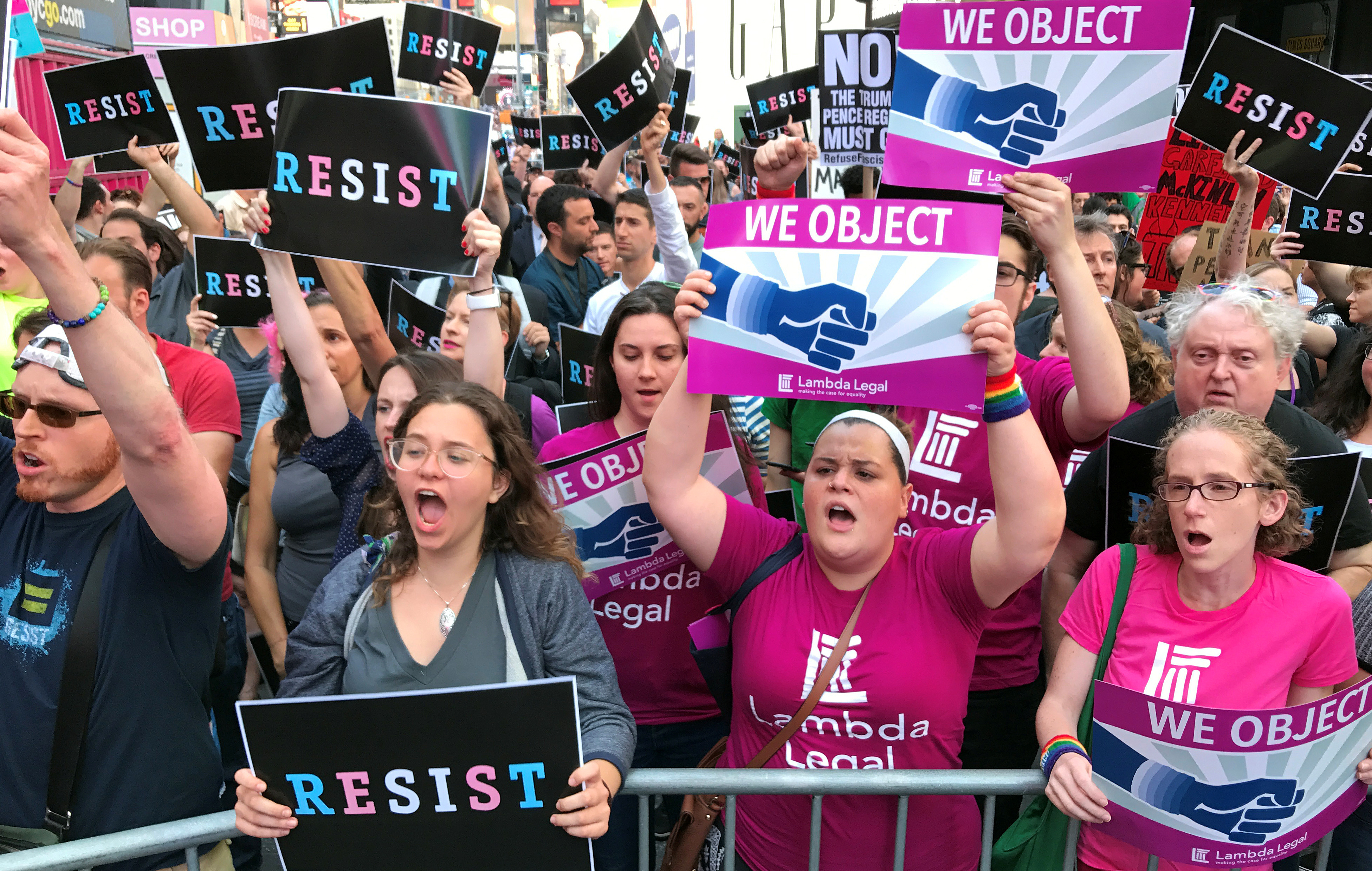 Crowds of people protest U.S. President Donald Trump’s announcement that he plans to reinstate a ban on transgender individuals from serving in any capacity in the U.S. military, in Times Square, New York, U.S., July 26, 2017. REUTERS/Carlo Allegri

Brown also said in an interview that transgender employees are regularly discriminated against and treated unfairly. “Transgender people are treated differently. They’re not getting equal pay, in effect, for equal work,” Brown said, according to the AP.

The lawsuit follows a lengthy battle in the state over its 2016 “bathroom bill,” forcing transgender persons to use public bathrooms according to their biological sex rather than gender identity. (RELATED: Here’s Why Lawmakers Are Backing Off Transgender Bathroom Bills In 2018)

The state saw massive protests and pushback from the LGBTQ community following the bill’s passage. A number of businesses and corporations threatened to cease business in the state in protest of the bill.

The state’s treasury office declined to provide further comment pertaining to the lawsuit, given it is pending litigation, the AP reported.