“Zainab Ahmad has concluded her detail with the Special Counsel’s Office but will continue to represent the office on specific pending matters that were assigned to her during her detail,” special counsel spokesman Peter Carr said in a statement, first reported by Yahoo! News.

Ahmad’s departure is the latest signal that Mueller’s probe is nearing its end. Carr confirmed Thursday that Andrew Weissmann, the high-profile Mueller prosecutor who handled cases against Paul Manafort, is planning to leave the team. (RELATED: Mueller’s ‘Pit Bull’ Is Leaving, Signaling Investigation Is Nearly Over)

Ahmad, a counterterrorism prosecutor, is one of the Mueller team members to sign Flynn’s guilty plea for lying to the FBI regarding his contacts with former Russian ambassador Sergey Kislyak. 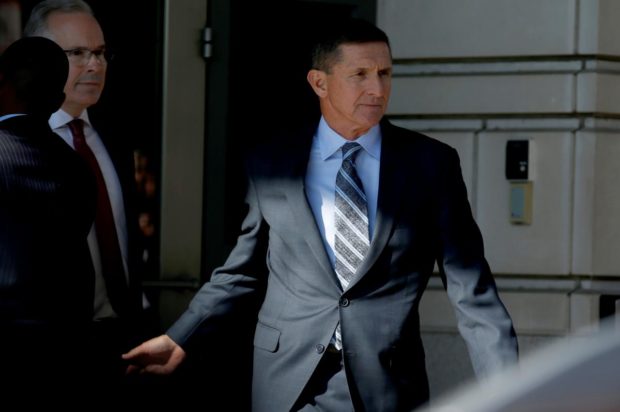 Flynn has cooperated with several investigations as part of his plea agreement. He is expected to testify later in 2019 in a trial against his former business partner, Bijan Kian. Kian was indicted on charges of failing to register as a foreign agent of Turkey.

Ahmad and Weissmann recently came under scrutiny over their interactions during the 2016 campaign with Justice Department official Bruce Ohr.

It recently emerged that Ohr testified to Congress on Aug. 28, 2018, that he briefed Ahmed, Weissmann and FBI officials in September 2016 about his interactions with Christopher Steele, the former British spy who wrote the anti-Trump dossier.

Ohr, who served as a back-channel between Steele and the FBI, said he told the Justice Department and FBI officials Steele’s reporting on the Trump campaign was unverified and needed further investigation. Nevertheless, the FBI relied heavily on the dossier’s allegations to obtain surveillance warrants against former Trump campaign adviser Carter Page.