The Department of the Interior is offering up to $1,000 to people willing to adopt a wild horse or burro, the Bureau of Land Management (BLM) has announced.

The number of wild horses and burros on federal lands passed most areas’ holding capacity years ago. The BLM currently manages roughly 82,000 animals in pastures that cannot sustainably support more than about 27,000, according to BLM data.

The federal government is required by law to remove animals over the limit that the land can support, but federally controlled corrals and private partners are at or nearing their limits. The cash incentive for adoption is aimed at taking away excess animals currently held in the corrals.

The BLM adoption and sales programs have declined over recent decades. In 1995, the government placed, either through adoption or sales, about 9,700 wild horses and burros into private homes. In 2005, the number had dropped to 5,700, and in 2017, just 4,099 animals were removed from federal holding corrals to private homes. 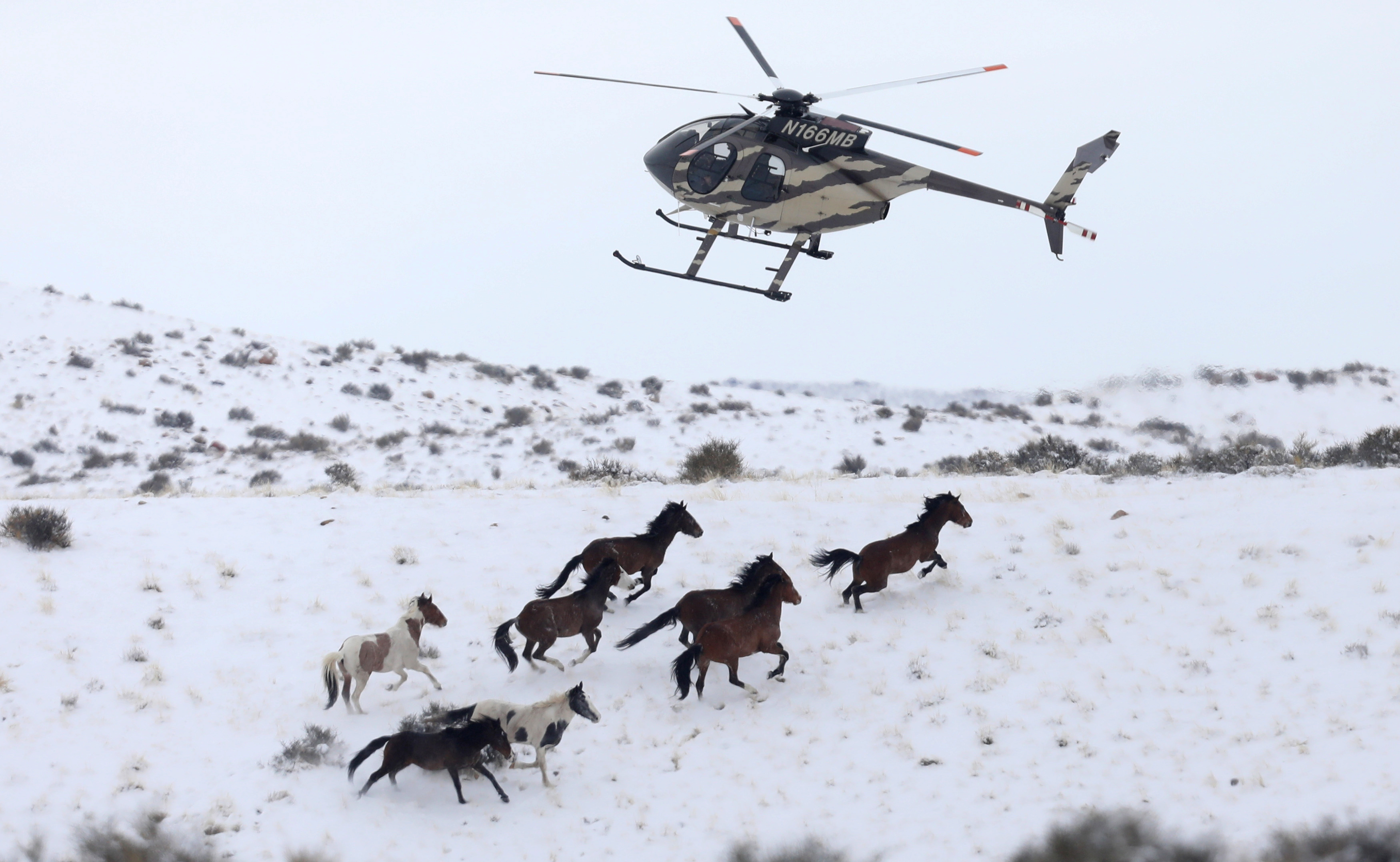 Wild horses are herded into corrals by a helicopter during a Bureau of Land Management round-up outside Milford, Utah, U.S., January 7, 2017. REUTERS/Jim Urquhart

Federal law prevents BLM officials from selling the animals for slaughter or giving or selling animals to individuals who intend on killing them. To control the burgeoning population, BLM officials rely on PZP, a drug used to prevent contraception. Officials must administer the drug to each mare at least once a year for four years before the effects begin to become permanent.

An amendment proposed in Congress last year would have lifted the restriction on horse and burro euthanasia. The BLM issued a statement in support of the amendment, though the amendment was later dropped.

“With few natural predators and limited tools for controlling herd growth, our nation’s wild horse and burro herds are chronically overpopulated and increasing exponentially,” the BLM said. “Given the extensive overpopulation, wild horses and burros routinely face starvation and death from lack of water. The high number of excess wild horses and burros causes habitat damage that forces animals to leave public lands and travel onto private property or even highways in search of food and water.”