Republican Texas Rep. Dan Crenshaw had a message for President Donald Trump on Thursday after Trump said he will “never” be a fan of the late Republican Arizona Sen. John McCain.

Crenshaw is a freshman member of Congress as well as a former Navy SEAL who lost his eye because of an IED blast in Afghanistan. McCain, who served in the Senate for more than 30 years and was the Republican presidential nominee in 2008, survived over five years of brutal treatment as a prisoner in the Vietnam War. (RELATED: Woman Who Climbed Statue Of Liberty To Protest Trump Sentenced To 5 Years Probation)

Trump has criticized McCain since his days on the presidential campaign trail. He asserted Wednesday that McCain put him in “jeopardy” with the FBI by handing over the unverified Steele dossier to former FBI director James Comey in 2016.

Trump also traced his criticism of McCain to what he said were failures in health care policy while speaking to the press Tuesday.

“I’m really unhappy that he didn’t repeal and replace Obamacare, as you know, he campaigned on repealing and replacing Obamacare for years and then he got to a vote and he said thumbs down,” Trump said. “Our country would’ve saved a trillion dollars and we would’ve had great health care.”

“I think that’s disgraceful — plus there are other things,” Trump continued. “I was never a fan of John McCain and I never will be.” 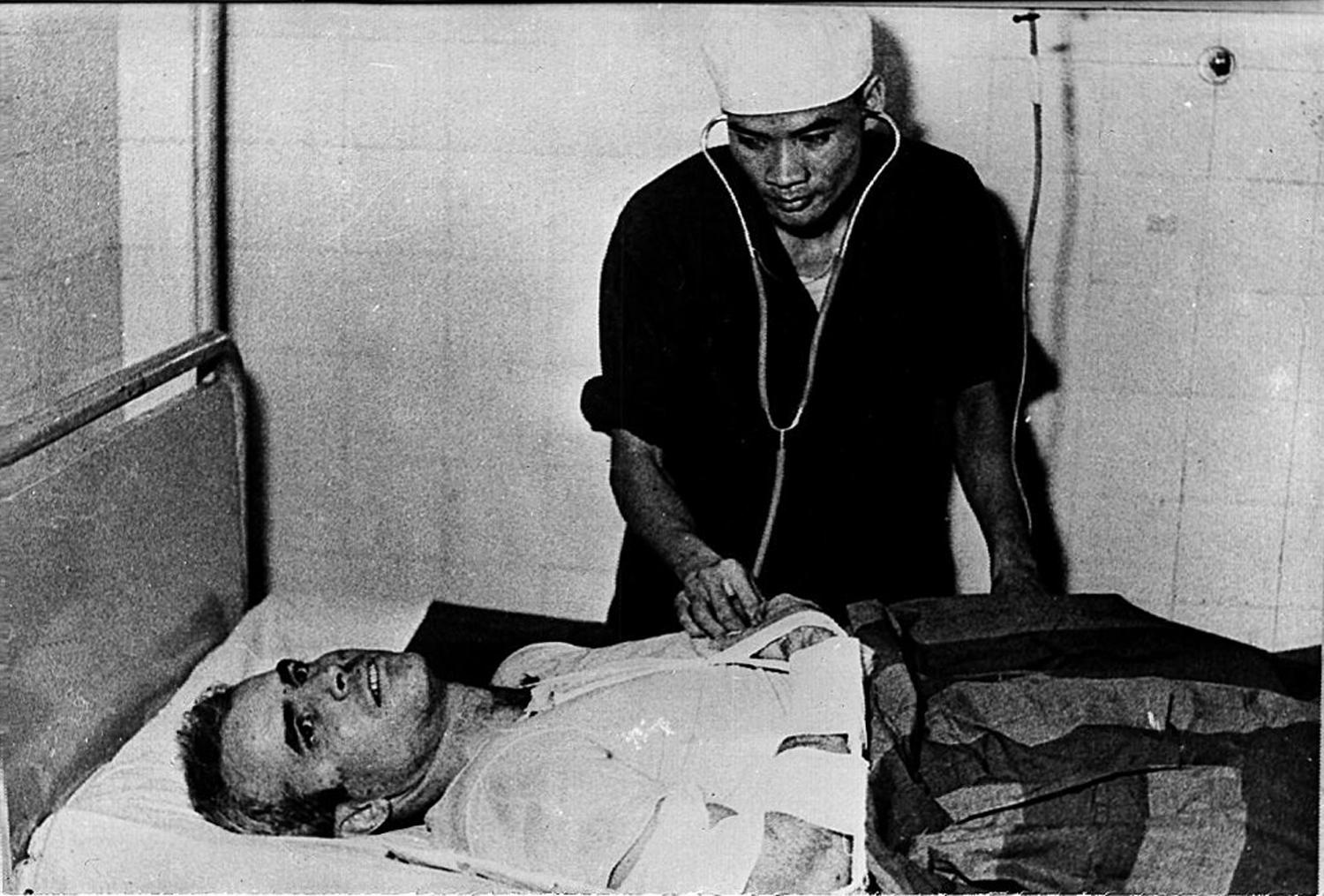 A photo taken in 1967 shows US Navy Airforce Major John McCain being examined by a Vietnamese doctor. (AFP/Getty Images)

THREAD – I disagree with the POTUS standing in front of M1A1 Abram tanks & the American flag and spending time trashing POW veteran and former US Senator McCain, and as Commander-in-Chief characterizing our time fighting in the Middle East as an unqualified disaster. 1/x

McCain passed away at the age of 81 in August 2018 after fighting brain cancer.