A number of renewable energy executives and leaders have not completely embraced the Green New Deal, fearing the divisive proposal would cause more harm than good.

Despite a seemingly huge benefit to their bottom line if the resolution were to be implemented, numerous executives working in the renewable energy sector expressed reservations when speaking to Reuters about the Green New Deal. The proposal, they argued, lacks feasibility and openly supporting it would likely upset half of the country.

“If you just broadly endorse the Green New Deal, you are liable to upset one side of the aisle or the other. And that’s not constructive,” stated Tom Werner, the CEO of one of the country’s largest solar power companies, SunPower Corp. “The idea that you could go 100 percent (clean energy) in 10 years would require a lot of things happening perfectly, simultaneously.”

“We love the enthusiasm the Green New Deal has brought to the climate issue … but we need to operate in political reality,” stated Dan Whitten, the Solar Energy Industries Association’s vice president of public affairs. His association serves as the main lobby group for solar companies.

The president of the American Council on Renewable Energy, Greg Wetstone, said the deal is controversial because it “creates controversy and complexity, tying this to issues that are not in our sphere.” Westone took umbrage with the fact the resolution encompasses more than renewable energy, such as a job guarantee for everyone.

Alex McDonough, Sunrun’s vice president of public policy, lauded the Green New Deal for sparking an “important conversation” but refrained from explicitly endorsing the resolution. Other clean energy executives expressed reservations about the controversy that comes with the Green New Deal brand. 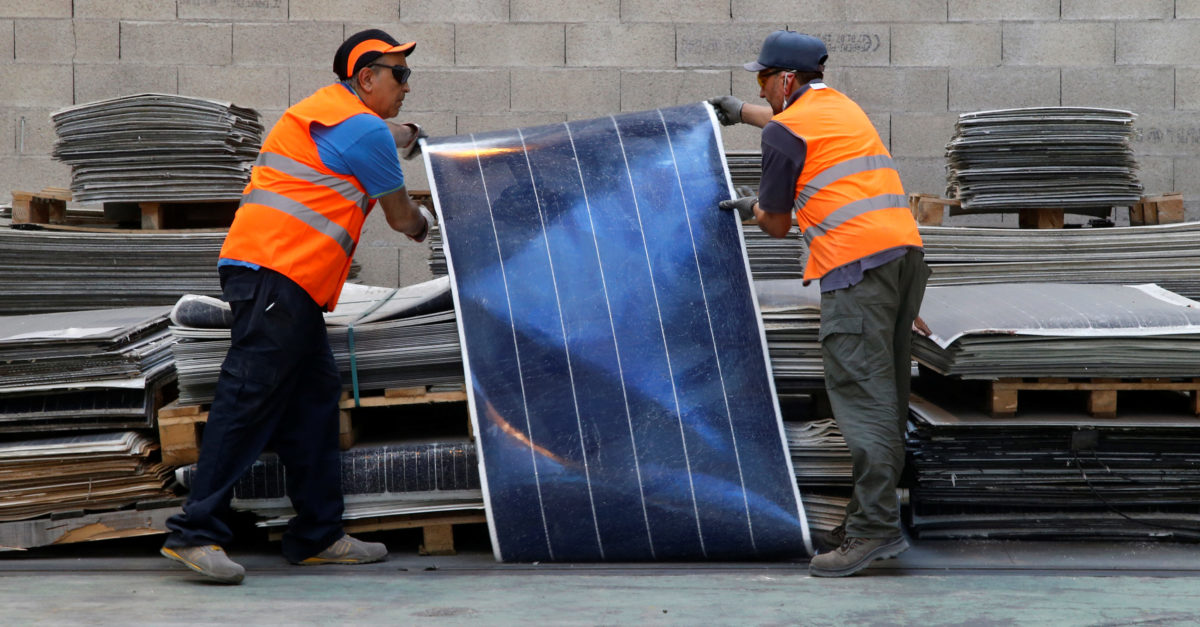 The big factor, many solar and wind executives argue, is the bipartisan appeal renewable energy is gaining across the country.

Solar and wind technology, no longer confined to the liberal enclaves of California and New England, is spreading across more Republican-leaning states within the heartland. Endorsement for such a contentious resolution could agitate local GOP lawmakers who are needed to promote clean energy legislation.

Republicans in Washington, D.C., have lampooned the Green New Deal since it was revealed in February. The plan calls for a 100 percent shift to renewal energy within a few years’ time and elimination of the fossil fuel industry. It supports a number of other progressive initiatives that have nothing to do with the energy industry. Numerous Democrats, including House Speaker Nancy Pelosi, are not supportive of the proposal. (RELATED: Bernie Sanders Promises To Offset CO2 From His Private Jet Flights)

Despite questions over feasibility, a number of Democratic presidential candidates have endorsed the Green New Deal, such as Sens. Elizabeth Warren of Massachusetts, Bernie Sanders of Vermont and Amy Klobuchar of Minnesota.