The carcass of a sperm whale was found washed up on an Italian coast carrying 49 pounds of plastic in its stomach and a dead fetus, according to CNN.

Found last week on a popular tourist beach in Sardinia, Italy, the 26-foot long whale was discovered to have an assortment of different plastic items caught in its stomach.

Luca Bittau, the president of the SeaMe group, said that the beached mammal had “garbage bags … fishing nets, lines, tubes, the bag of a washing machine liquid still identifiable, with brand and barcode … and other objects no longer identifiable.” 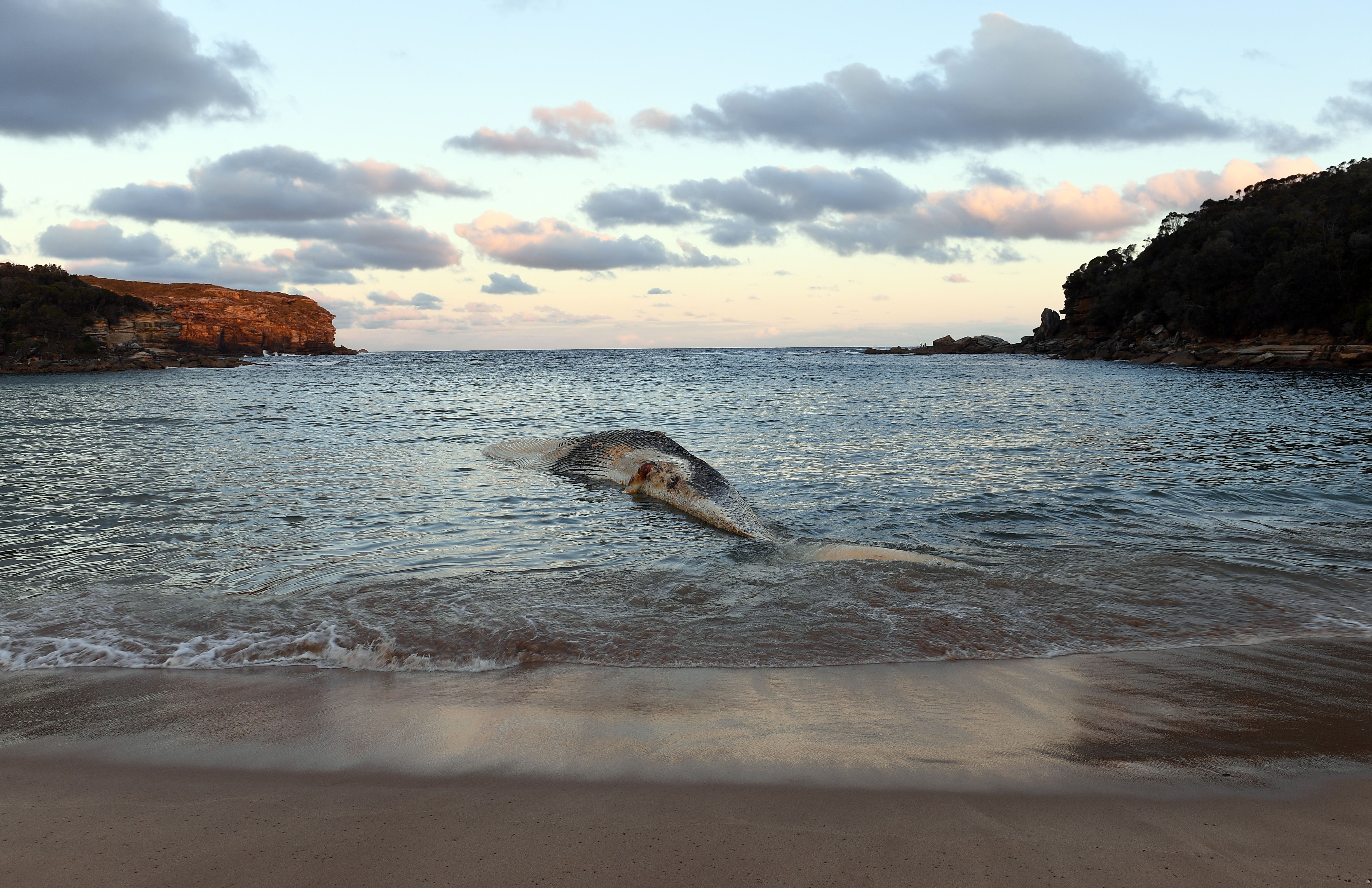 A large whale carcass is seen on Wattamola Beach at the Royal National Park in Sydney on September 25, 2018. (SAEED KHAN/AFP/Getty Images)

Further examinations of the whale determined that the fetus died before the mother was beached and that it “was in an advanced state of composition.” (RElATED: Offshore Wind Turbine May Have Killed Young Whale)

Experts believe that the mother whale was unable to digest calamari because of the large amount of plastic that filled two-thirds of its stomach.

“It is the first time we have been confronted with an animal with such a huge quantity of garbage,” said Cinzia Centelegghe, a biologist with the University of Padova.

Sergio Costa, Italy’s environmental minister, posted a picture of the deceased whale on Facebook and called for changes in the usage of plastic to be a top priority. (RELATED: Here’s How Global Warming Is Saving The Whales)

“Are there still people who say these are not important problems? For me they are, and they are priorities,” he said.

“We’ve used the ‘comfort’ of disposable objects in a lighthearted way in the past years and now we are paying the consequences,” he wrote. “Indeed the animals, above all, are the ones paying them.”

Costa made reference to a recently approved law by the European Parliament that will ban single-use plastic items by 2021. Ten of these plastic items, such as straws, cotton buds and cutlery, will be banned in an effort to curb ocean pollution. (RELATED: Study: Plastic Packaging Bans Hurt The Environment More Than They Help)

“Italy will be one of the first countries to implement it,” Costa pledged. “The war on disposable plastic has begun. And we won’t stop here.” 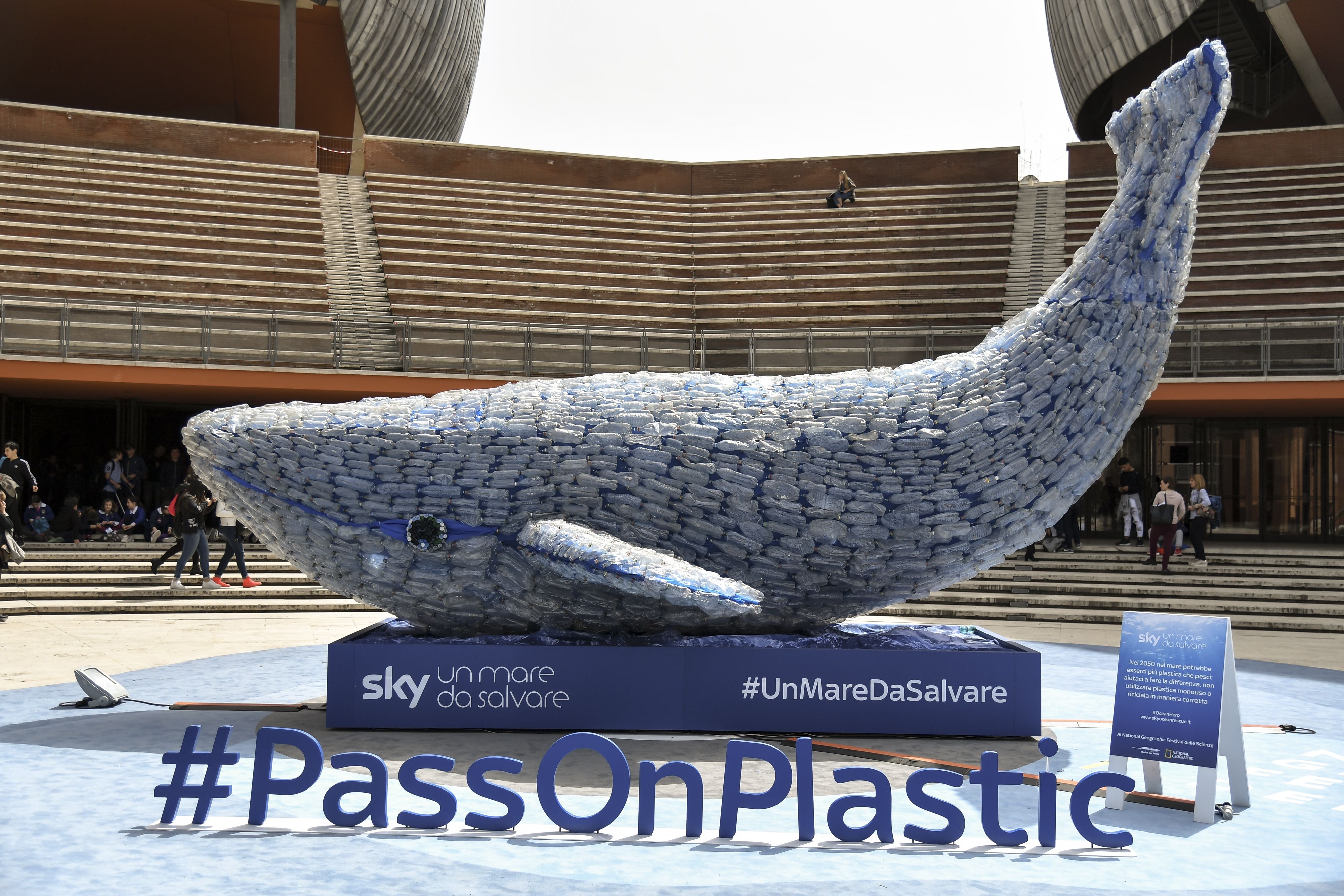 A cpiture shows “Plasticus”, a 10-metre installation depicting a whale created by “Sky Ocean Rescue-A Sea to Save”, and made up of 250 kg of plastic waste, in front of the Auditorium Parco della Musica in central Rome, on April 16, 2018. (ANDREAS SOLARO/AFP/Getty Images)

This is not the first time a whale has been found dead due to the ingestion of plastics. Less than two weeks ago in the Philippines, a beached whale was found with 88 pounds of plastic in its stomach. Additionally, another deceased sperm whale in Indonesia had about 13 pounds of plastic in November.