Several states along with the District of Columbia filed a complaint against the Trump administration Wednesday over the changes to school lunch standards they argue could deny “30 million students access to healthy nutritious meals.”

The complaint argued the Trump administration’s Department of Agriculture (USDA) “significantly weakened” federal standards and did not give the “public notice of and an opportunity to comment on the 2018 changes.” 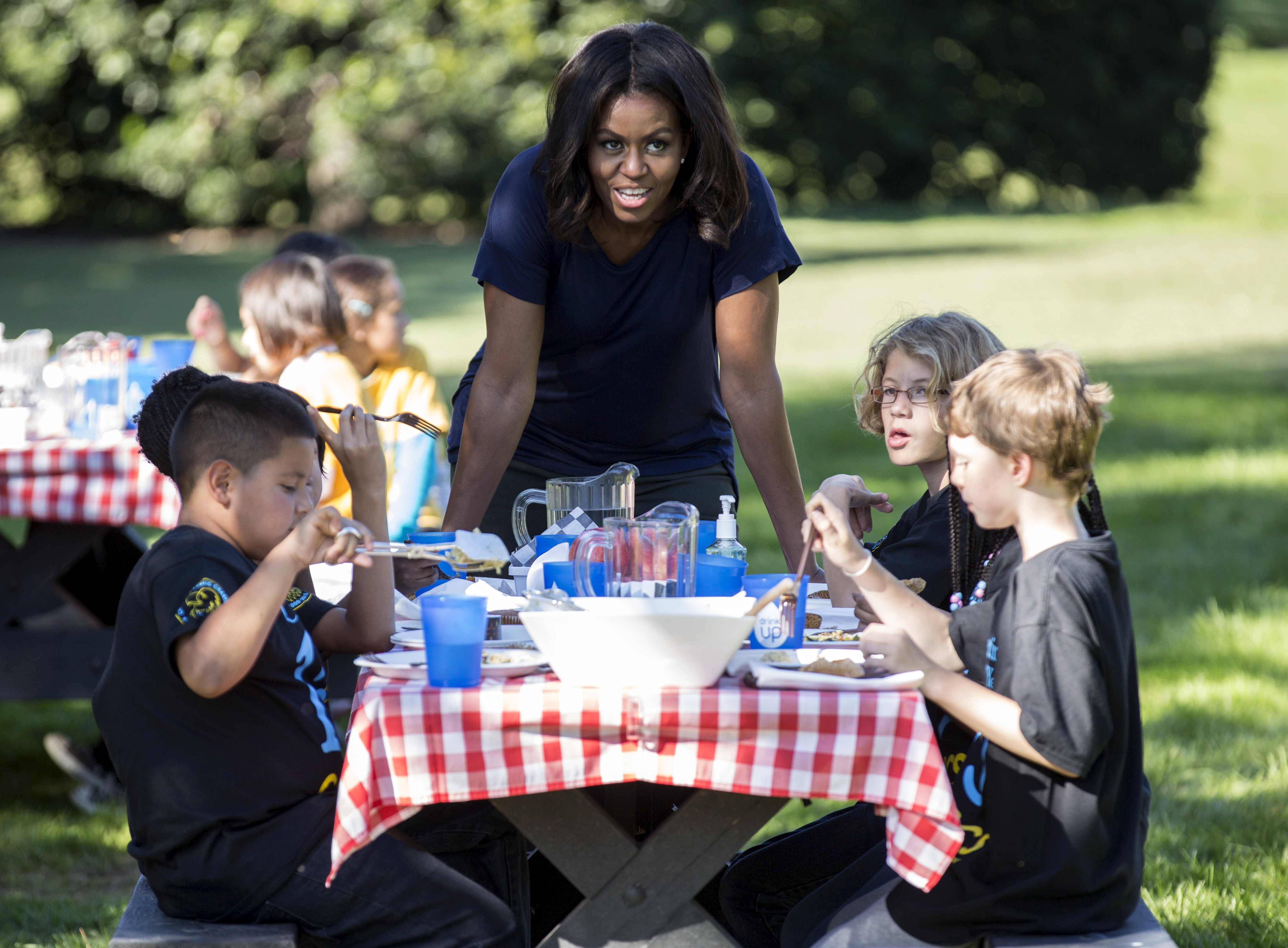 U.S. first lady Michelle Obama talks to local elementary school students after picking vegetables with them during the annual fall harvest of the White House Kitchen Garden at the White House in Washington, October 6, 2015. REUTERS/Joshua Roberts

“If kids aren’t eating the food, and it’s ending up in the trash, they aren’t getting any nutrition – thus undermining the intent of the program,” Perdue said, according to a 2017 press release.

The National School Lunch Program is a federally assisted program that provides students with healthy meals at little to no cost in schools, according to USDA’s Food and Nutrition Service.

“The Trump Administration has undermined key health benefits for our children — standards for salt and whole grains in school meals — with deliberate disregard for science, expert opinion, and the law,” James said in a statement.

A 2014 study questioned the government’s assumption regarding low sodium content, however. (RELATED: Years After Obama’s School Lunch Rules, Kids Fatter Than Ever)

“There is no longer any valid basis for the current salt guidelines,” McMaster University professor and one of the study’s authors Andrew Mente told The Washington Post. “So why are we still scaring people about salt?”

The USDA told The Daily Caller News Foundation it does not comment on pending litigation.