David Shanks, New Zealand’s chief censor, banned the possession and distribution of the gunman’s video and his manifesto, with the penalty for sharing those and any other officially banned materials being a maximum of 14 years imprisonment, according to The Associated Press. Of those facing charges for sharing the gunman’s video, two remain in custody after Christchurch District Court Judge Stephen O’Driscoll denied their bail while the other four remain free. (RELATED: New Zealand Goes Full Islam After Mosque Attacks)

One of the suspects, an 18-year-old whose name has not been released, allegedly shared the gunman’s video as well as a picture of the Al Noor mosque with added text reading “target acquired.” O’Driscoll denied his bail in accordance with police prosecutor Pip Currie, who argued that he should remain in custody because the picture the suspect allegedly shared was highly concerning. O’Driscoll also denied bail to Philip Arps, a 44-year-old businessman.

Authorities arrested Arps and the 18-year-old in March. Arps will reappear in court in April through video link. The 18-year-old is scheduled to return to court July 31 and authorities will then consider whether to grant him bail on the condition of electronic monitoring.

Shanks also clarified in March that he banned the possession and distribution of the gunman’s materials because they incite violence, mention specific targets, and justify murder and therefore breach New Zealand law. 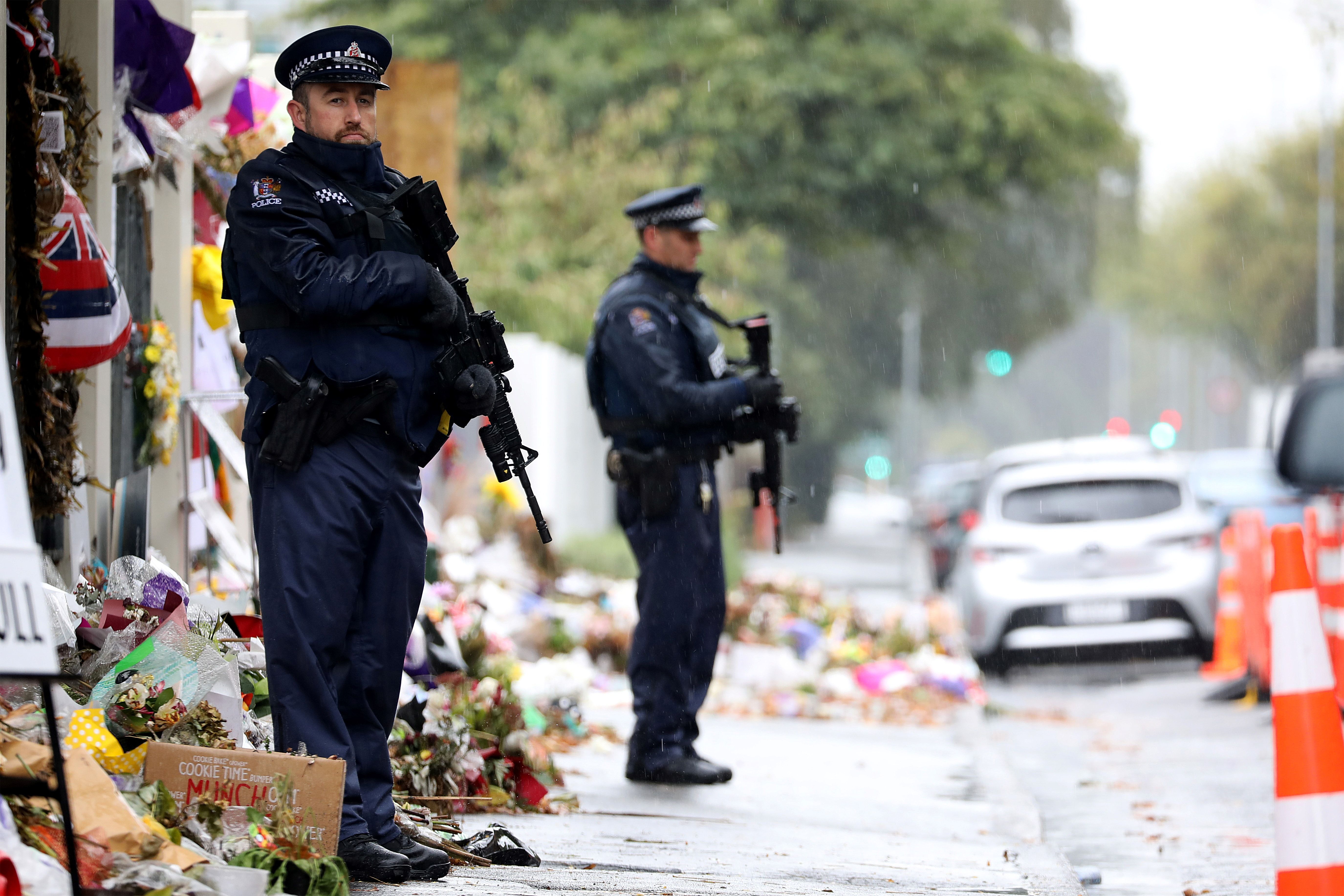 Armed police officers stand guard outside the Al Noor mosque, one of the mosques where some 50 people were killed by a self-avowed white supremacist gunman on March 15, in Christchurch on April 5, 2019. (SANKA VIDANAGAMA/AFP/Getty Images)

“There is an important distinction to be made between ‘hate speech,’ which may be rejected by many right-thinking people but which is legal to express, and this type of publication, which is deliberately constructed to inspire further murder and terrorism,” Shanks said, according to Quartz.