NEW YORK CITY — The NYPD arrested  37-year old Marc Lamparello from New Jersey Wednesday night when he allegedly attempted to walk through St. Patrick’s Cathedral with a pair of two-gallon gasoline canisters, lighter fluid, and other items related to creating a fire. The iconic New York City cathedral was built in 1878. Lamparello is a student at CUNY study to earn a Ph.D. in philosophy and was an adjunct lecturer at Lehman College.

The suspect pulled up in a minivan on Fifth Avenue and left the car there for a period of time while he walked around the area, according to authorities at approximately 7:55 p.m. When he returned, according to authorities, he took out the gasoline, a plastic bag containing two bottles of lighter fluid, two extended butane lighters controlled by a trigger, and entered St. Patrick’s Cathedral. 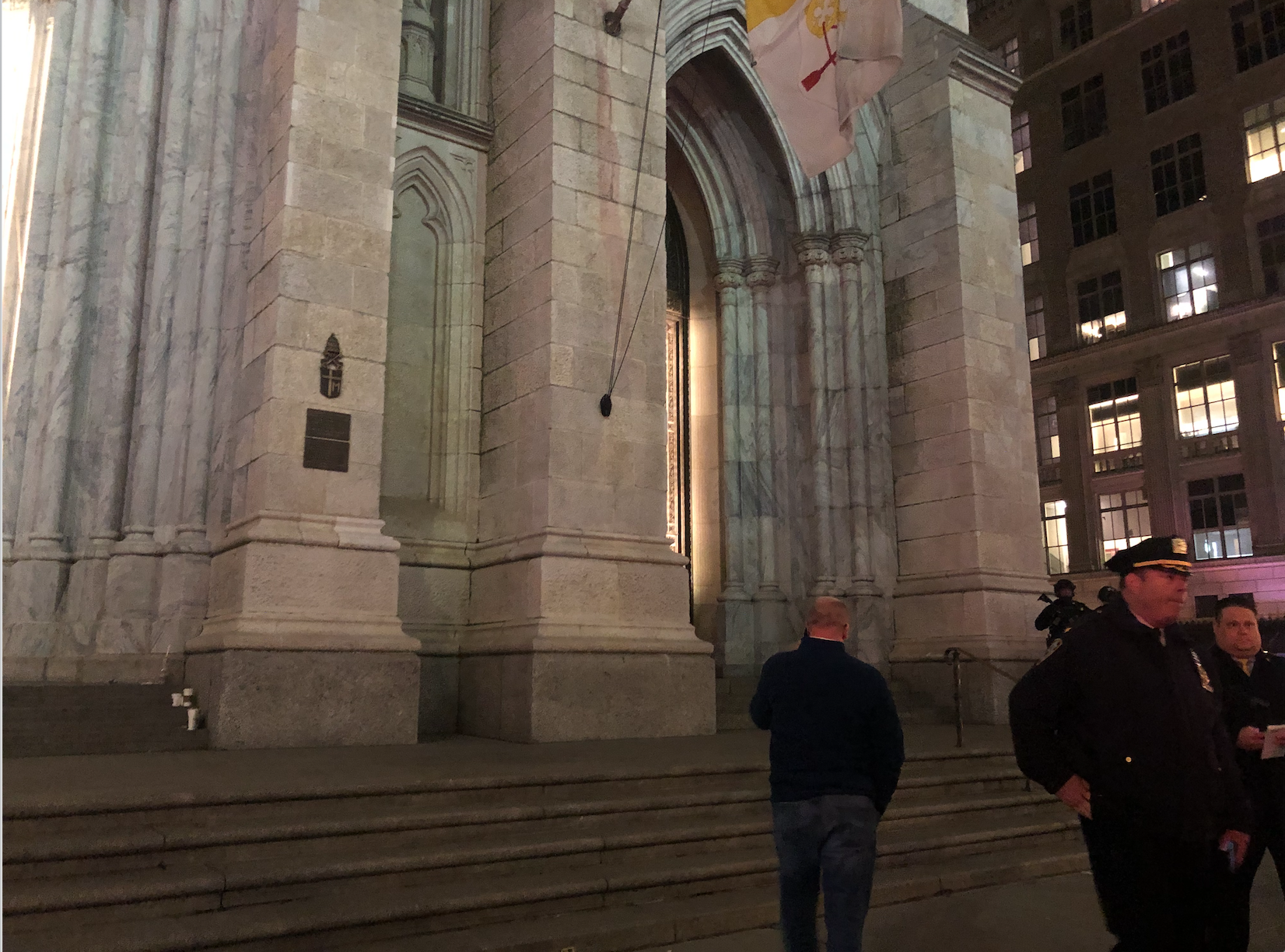 The man was confronted by a cathedral security officer who asked him where he was going and told the suspect he was not allowed into the cathedral with all the items he was carrying.

“At that point, some gasoline apparently spilled out onto the floor as he’s turned around,” Deputy Commissioner of counterintelligence and counterterrorism John Miller told reporters. “The St. Patrick’s employee notified  CRC critical response command from the Counterterrorism Bureau. Police officers from our Stryker team who are outside that the individual went. South on Fifth Avenue and on the 15th Street.”

Officers eventually caught up to him and began to question him about why he was carrying gasoline canisters and other potentially dangerous items into the cathedral. (RELATED: Crucified Santa Painting To Hang In St. Patrick’s Cathedral)

“His answers were inconsistent and evasive although he remained conversational with them and cooperative, his basic story was that he was cutting through the cathedral to get to Madison Avenue — that his car had run out of gas,” said Miller. “We took a look at the vehicle. It was not out of gas and at that point he was taken into custody and brought to the Midtown North Station House.”

According to Miller, the suspect is known to the NYPD and said it is too early to declare what the suspect’s intentions were when asked if terrorism was a possible motive.

“It’s hard to say exactly what his intentions were, but I think the totality of circumstances of an individual walking into an iconic location like St. Patrick’s Cathedral carrying over four gallons of gasoline, two bottles of lighter fluid and lighters is something that we would have great concern over,” he said. “His story is not consistent.”

The incident happened just days after the massive fire that burned at Notre Dame Cathedral in Paris. Miller said the suspect is still being questioned by detectives and made no mention about Notre Dame in his initial encounter with authorities. (RELATED: Here’s What We Know About The Notre Dame Fire)