Flynn was dismissed from the administration and subsequently pleaded guilty for lying about the substance of his conversations with Kislyak.

“Some evidence suggests that the president knew about the existence and content of Flynn’s calls when they occurred, but the evidence is inconclusive and could not be relied upon to establish the president’s knowledge,” the report reads.

Speaking with Kislyak by phone in December 2016, Flynn asked the ambassador if the Russian government would defer its response to a series of retaliatory measures the Obama administration assessed for Russia’s interference in the 2016 presidential election. Flynn later lied about that conversation, saying sanctions were never discussed. (RELATED: Trump Tried To Influence Russia Probe But Was Undone By Aides, Report Claims)

The special counsel identified separate reasons Trump may have known about the particulars of Flynn’s conversation. Kislyak represented that Flynn’s request was relayed to the highest levels of the Russian government, which in turn granted the request. In addition, Trump did not say publicly or privately that Flynn lied to him. 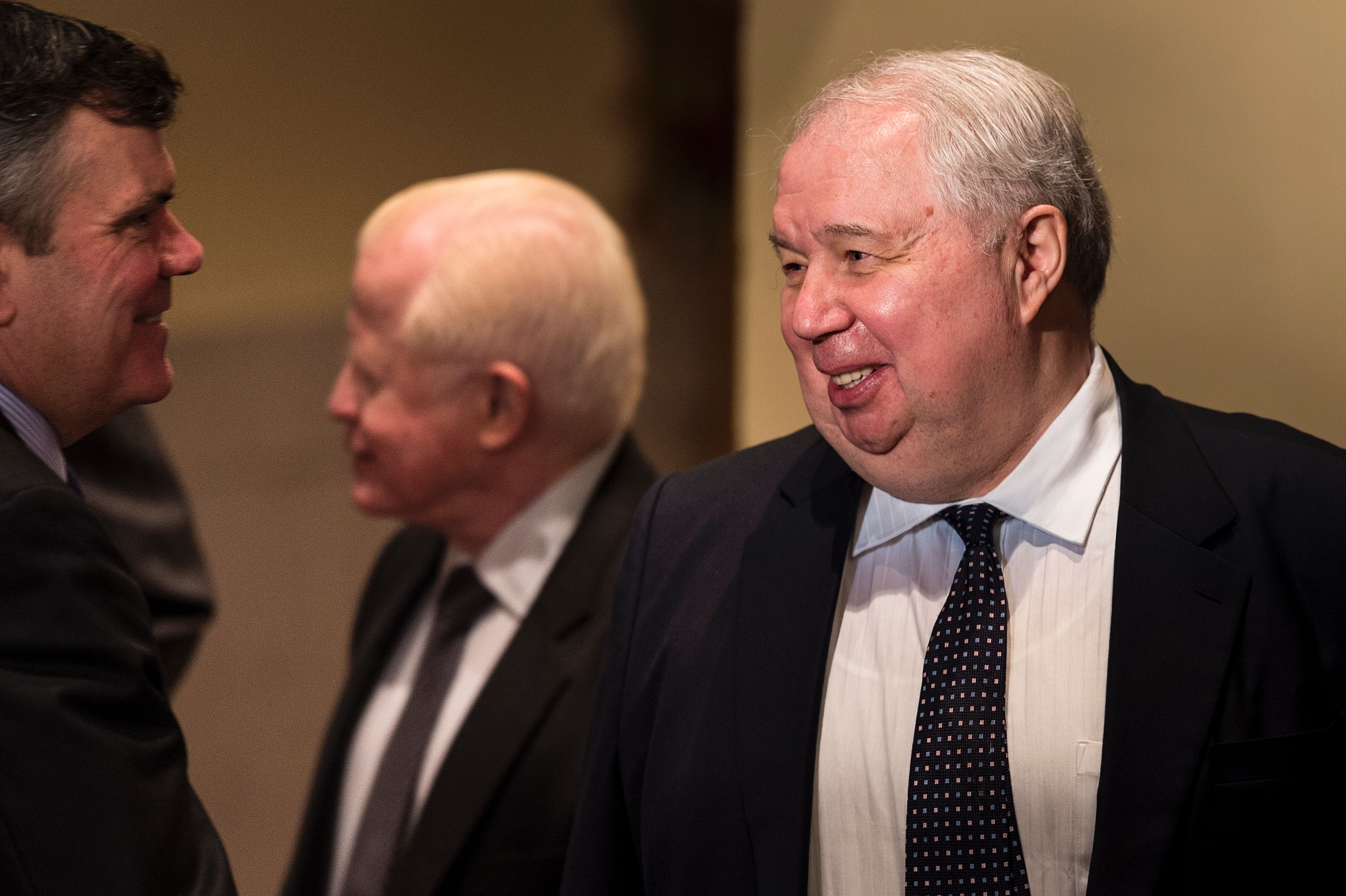 Russian Ambassador Sergey Kislyak (R) speaks with others after a foreign policy speech by President Donald Trump at the Mayflower Hotel on April 27, 2016. (Brendan Smialowski/AFP/Getty Images)

On the other hand, the report continued, Flynn, McFarland and Bannon could not recall discussing the Kislyak call with the president. Most importantly, in February 2017 Trump asked Flynn about his call with Kislyak and whether he lied about it to Vice President Mike Pence. Those questions indicate the president was not previously aware of Flynn’s request. (RELATED: Here’s What The Mueller Report Found (Or Didn’t) On Collusion)

“Our investigation accordingly did not produce evidence that established that the president knew about Flynn ‘s discussions of sanctions before the Department of Justice notified the White House of those discussions in late January 2017,” the report reads. “The evidence also does not establish that Flynn otherwise possessed information damaging to the president that would give the president a personal incentive to end the FBI’s inquiry into Flynn ‘s conduct.”

Flynn was charged in federal court with making false statements to federal investigators in December 2017. Mueller recommended no jail time for Flynn in a sentencing memo, citing his “substantial assistance” to the inquiry.