A spokesman for the Pentagon says it’s reviewing the procedures that led to Mexican troops disarming and questioning two American soldiers at the U.S. southern border.

“This is the first incident that we’re aware of that the two militaries came together,” a senior defense official with Northern Command (NORTHCOM) said to the Washington Examiner. The Pentagon’s investigation “will help us modify any instructions that we’re giving the troops,” the official continued.

The investigation follows an incident on April 13 where two American soldiers in Clint, Texas, found themselves surrounded, disarmed and questioned by Mexican troops on U.S. territory.

The American soldiers were near the southwest border in an unmarked Customs and Border Protection (CBP) vehicle when an unmarked truck approached them. Five or six Mexican nationals, each of them strapped with FX-05 Xiuhcoatl rifles, appeared and reportedly began to question their activities. In an effort to de-escalate the situation, one U.S. soldier allowed his Beretta M9 service pistol to be temporarily confiscated.

It appears that the incident was a result of confusion from both sides. Neither party was clearly identifiable, and the Mexican troops mistakenly believed the two soldiers had crossed over into Mexican territory. While the Americans passed the border fence, they remained on the U.S. side of the border. 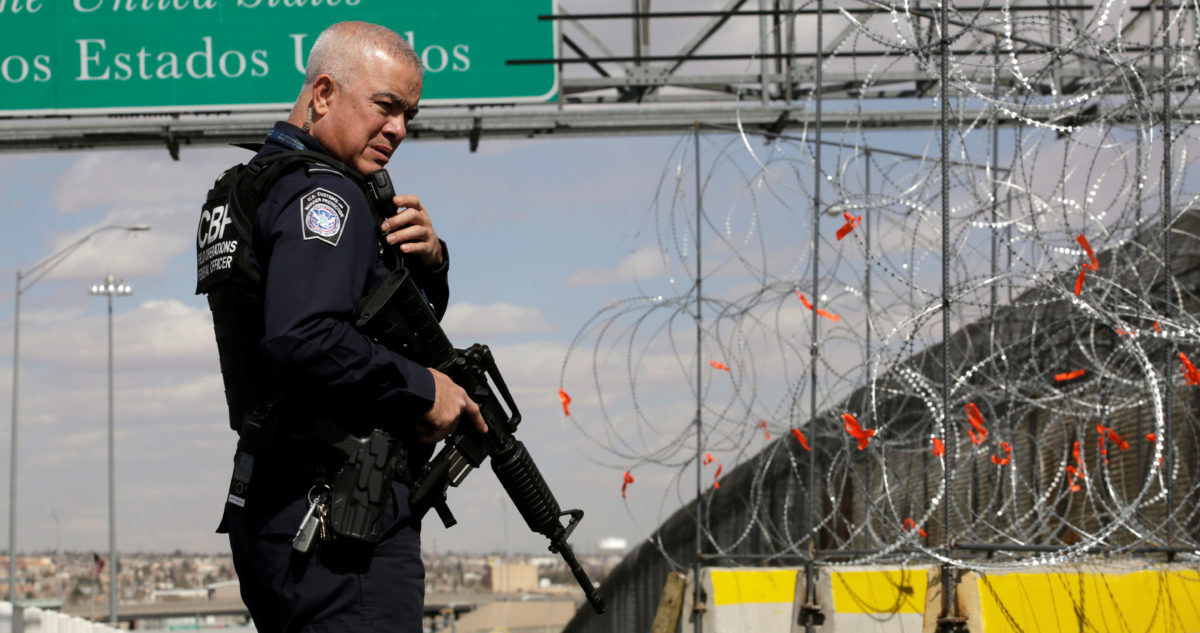 A U.S. Border and Customs and Border Protection (CBP) official stands next a concrete K-rail with concertina wire at Cordova-Americas bridge to enhance security efforts in preparation for increasing number of migrants arriving at the border, as seen from Ciudad Juarez, Mexico February 22, 2019. REUTERS/Jose Luis Gonzalez

“That area of the border is kind of confusing,” a different NORTHCOM official told the Washington Examiner. “It may have been difficult for [the Mexican troops] to know if they didn’t know the area as well or were new or something. I don’t think — it definitely wasn’t trying to overtake the U.S.”

“There was a U.S. Army soldier that was one of the two that spoke Spanish. That was about when they came to realize they were Mexican military,” he continued. (RELATED: Former ICE Director Claims Mexican Soldiers Crossed The Border In The Past)

The NORTHCOM spokesman said he couldn’t recall a situation like this one ever occurring before. Modifying how soldiers and agents are trained will likely prevent similar incidents occurring again.