Alan Keenan, the ICG’s Sri Lanka senior analyst, claimed that the Islamic terrorist bombings that targeted three churches and three hotels on Easter could galvanize radical Buddhists in Sri Lanka to retaliate in violence against Muslim citizens, as militant Buddhist groups have cultivated anti-Muslim sentiment in the country in recent years. Keenan fears the attacks will serve as confirmation in the minds of Sri Lankans that Muslims pose a threat to their society, as militant Buddhists claim. (RELATED: ISIS Claims Responsibility For More Than 300 Deaths In Sri Lanka Attacks)

“This sentiment has been developing over the last five years, cultivated by radical militant groups of Buddhists including some monks,” Keenan told LBC. “That has led already to major rioting last year and rioting in 2014, where Muslim shops, homes and mosques were burned out and a few people died in each incident.”

“This will be seen as evidence that the fears and warnings of Muslim extremism, that these groups have been saying which previously had no evidence to back them up, are in fact true,” he added. “That’s a very dangerous development and I’m afraid that if strong action isn’t taken and the right messages aren’t sent by government leaders and religious leaders of all groups, there’s a real possibility of further violence.”

Keenan also noted that while militant Buddhists have attacked Christian churches in the past, the Christian community in Sri Lanka likely feel they are in greater danger, as they now face threats from militant groups of two faiths where once they stood in relative solidarity with Sri Lanka’s Muslims. 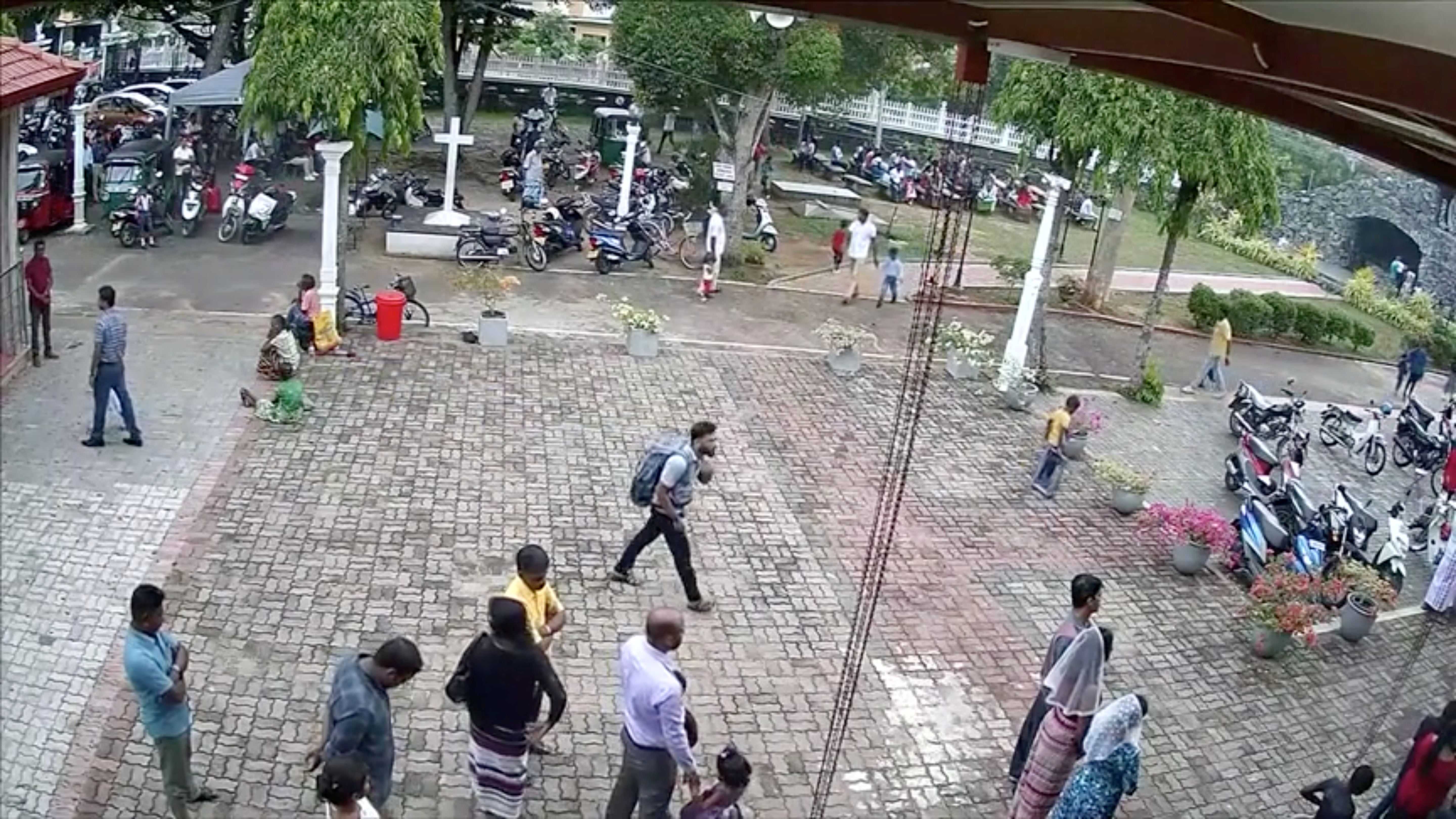 A suspected suicide bomber carries a backpack on a street in Negombo, Sri Lanka April 21, 2019 in this still image taken from a CCTV handout footage of Easter Sunday attacks released on April 23, 2019. CCTV/Siyatha News via REUTERS

“Previously, when Christian churches have been attacked, which they have been regularly in fact, it has been by militant Buddhists. So Christians now no doubt feel under assault from multiple parties,” Keenan said.

“One of the striking things of the past few years has been solidarity between evangelicals Christians in Sri Lanka and Muslims, precisely because both have been targeted by violent attacks in the name of defending Buddhism. What these attacks will do to that relationship is also a big question.”