One of the University of North Carolina-Charlotte campus shooter’s victims jumped on the attacker, saving the lives of others Tuesday night, police said.

Riley Howell, 21, rushed the shooter when he entered the classroom where he and other students were listening to final presentations, Howell’s family said according to CNN.

“He always was able to put others before himself and never hesitated to help anyone who needed it. He was friends with anyone and everyone — a big, muscular guy with a huge heart,” Howell’s family said in a statement according to Channel 9. (RELATED:  Former UNC Charlotte Student Charged With Murder Following School Shooting)

When talking about UNCC student Riley Howell’s last living moments, his aunt tells CNN she wasn’t surprised he “ran directly at the shooter as he opened fire, and was shot “point blank” trying to take the shooter down”

Please share this beautiful statement from his family. pic.twitter.com/f9Lxt9JGJK

Howell and Ellis “Reed” Parlier, 19, lost their lives in Tuesday’s campus shooting, according to Channel 9. Former UNCC student Trystan Andrew Terrell, 22, has been charged with their murders among several other charges.

Terrell was armed with a pistol. He injured four other students: Rami Al-Ramadhan, 20, of Saihat, Saudi Arabia; Sean DeHart, 20, and Drew Pescaro, 19, of Apex, North Carolina and Emily Houpt, 23, of Charlotte, according to CNN. Three of them are still hospitalized, Channel 9 reported Wednesday. 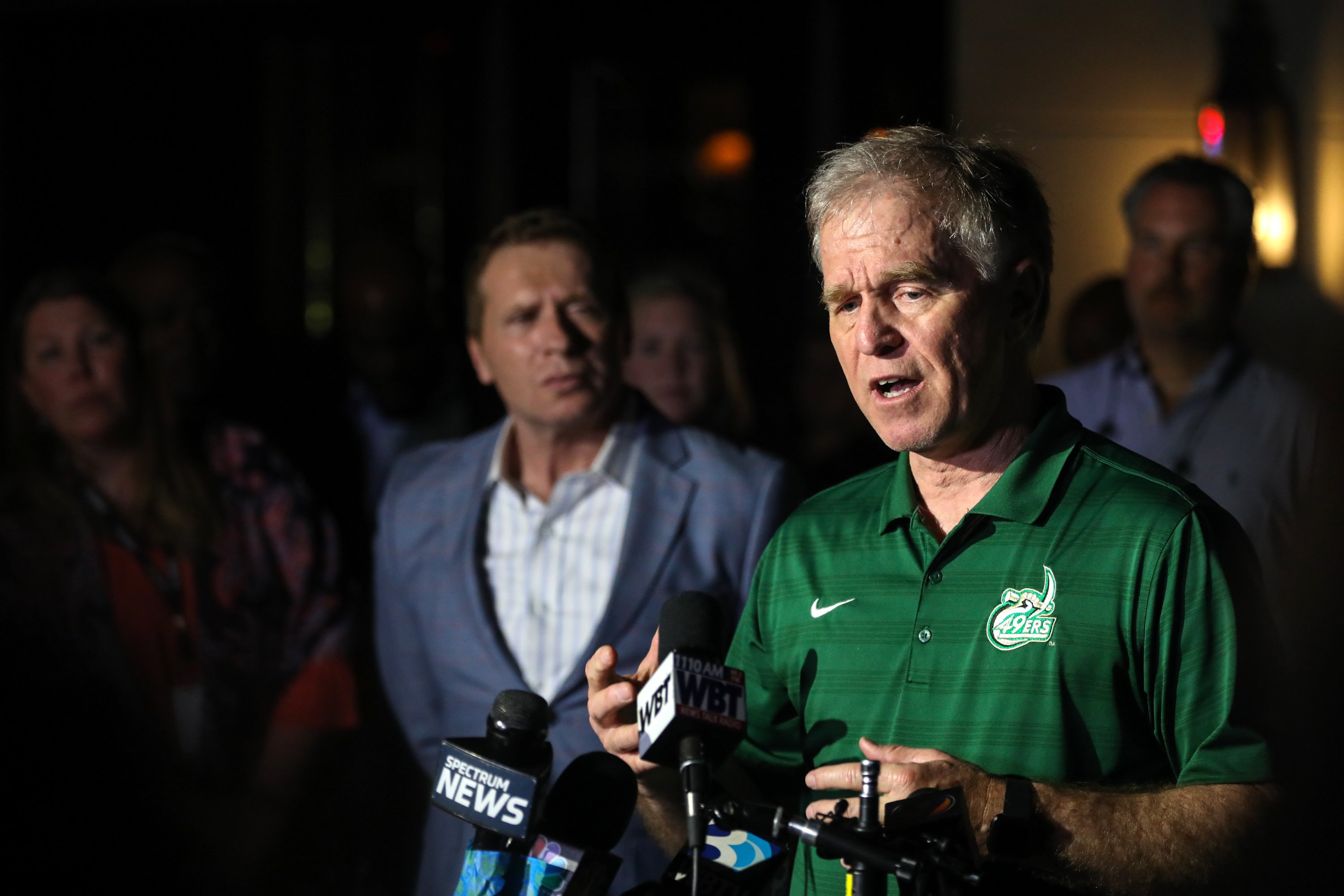 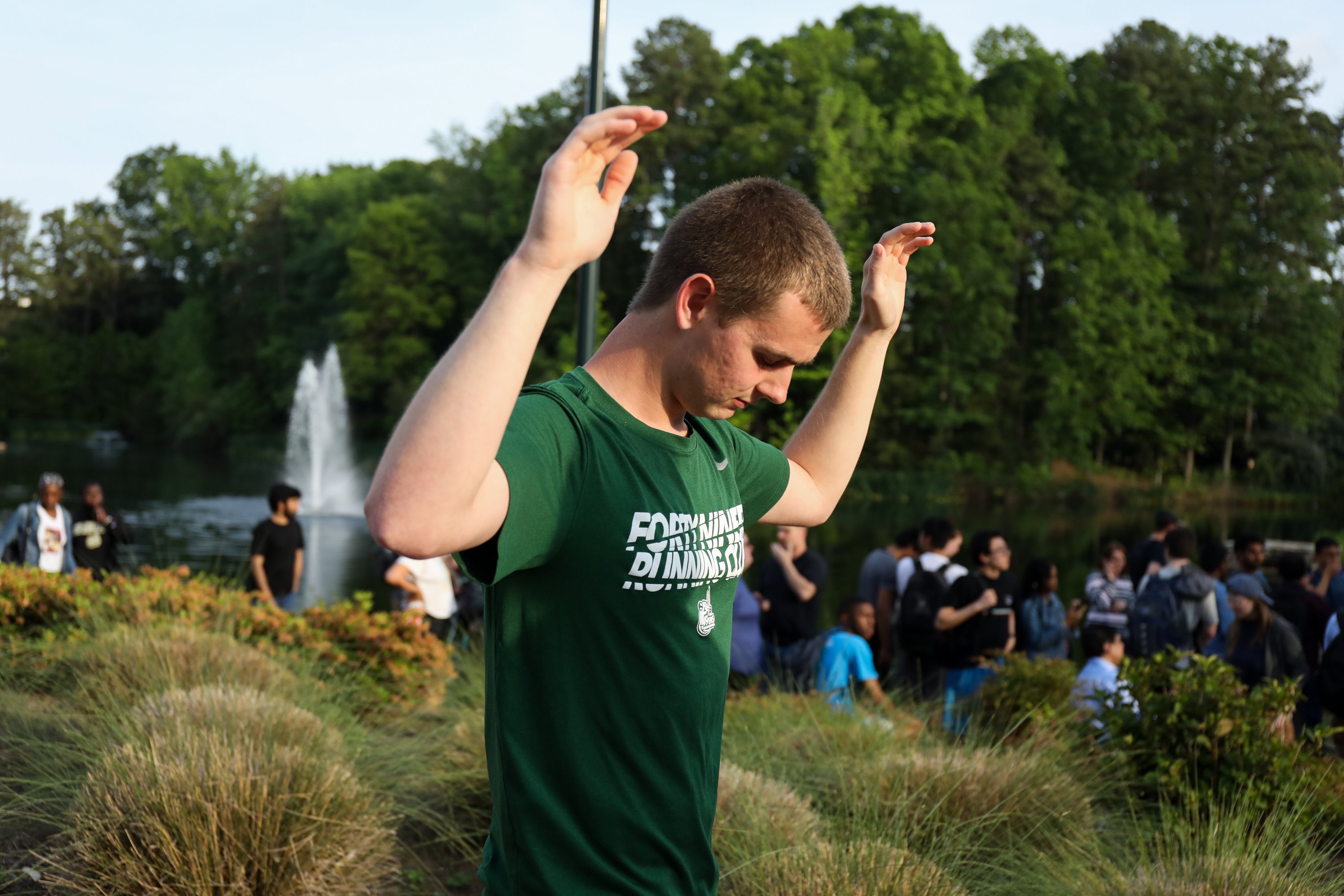 Students and faculty file out of buildings with their hands up during a lockdown after a shooting on the campus of University of North Carolina Charlotte in University City, Charlotte, on April 30, 2019. (LOGAN CYRUS/AFP/Getty Images)

The shooting happened on the same day as students were expected to gather for a free Waka Flocka Flame concert to celebrate the last day of classes.

Police are unsure what could have motivated Terrell to carry out the attack and said they had no reason to consider him a potential threat, reported CBS News.