An alleged Russian beluga spy whale appears to have publicly defected to Norway and is refusing to leave one of the country’s port cities, worrying animal experts.

Fisherman in northern Norway discovered the friendly beluga whale in late April, swimming among their boats with a harness around its body that read “Equipment of St. Petersburg.” The whale displayed trained behaviors and an unusual affinity for humans and refuses to leave the port city of Hammerfest. (RELATED: Police Take Parrot Into Custody After It Tries To Help Drug Dealers Escape)

Norwegian Directorate of Fisheries official Jorgen Ree Wiig said he delivered the harness to the PST, Norway’s special police security agency, according to The Washington Post. The harness, which officials said could have carried a camera or weapons, sparked theories the whale escaped from a Russian military facility where it could have been part of a navy sea mammal special operations program. The Russian Defense Ministry denied the existence of such a program.

The PST is continuing its investigation and has not yet issued a statement concerning the origin of the harness.

Linn Sæther, a resident of Tufjord, said the whale seems to enjoy of the company of humans, as locals have been able to pet it and play fetch with it. 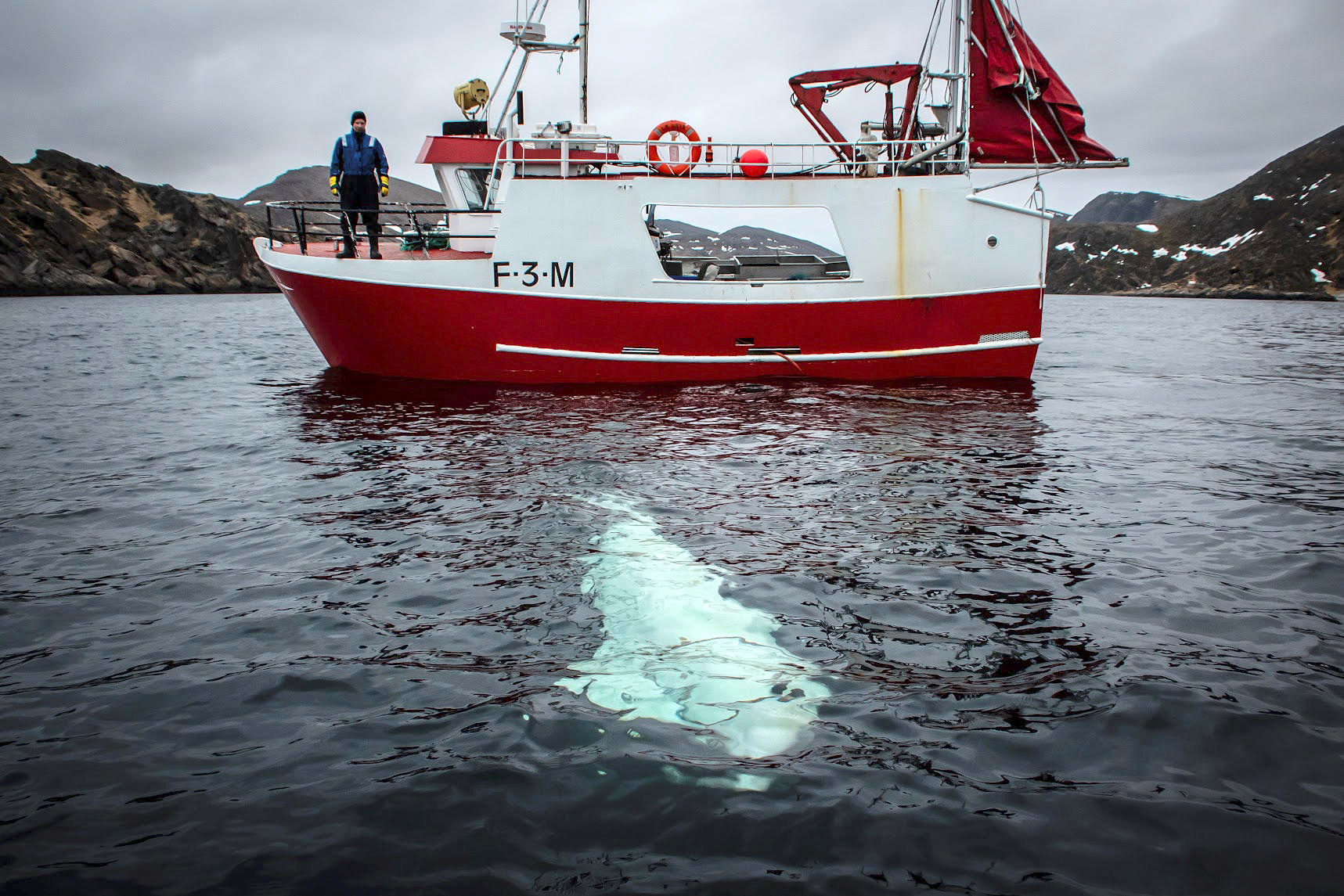 A white beluga whale wearing a harness is seen next to a fishing boat off the coast of northern Norway, April 29, 2019. Jorgen Ree Wiig/Sea Surveillance Service/Handout/NTB Scanpix via REUTERS

“It is a fantastic experience, but also a tragedy,” Sæther said, according to The Guardian. “It’s clearly used to being given tasks and having something to do. It reacts when you call it or splash your hands in the water. You can see it’s been trained to fetch and bring back whatever is thrown for it.”

Another local, Tor Arild Guleng, recounted how the whale followed him for an hour as he took his boat from Rolvsøya to Hammerfest.

“It followed me, like an obedient dog without a lead,” Guleng said. “No wild animal seeks you out, sticks its head up and allow you to stroke its nose.”

Audun Rikardsen of Arctic University of Norway in Tromsø, who believes the whale may have come from a Russian military facility, said animal experts are concerned it would struggle to survive on its own.

“It’s hard to see how it will manage on its own,” Rikardsen said. “We know whales released from an aquarium can find it difficult to adapt to life in the wild.”

Wiig said Norway would continue to keep track of the whale “because he is now our responsibility.”