Joseph Mifsud is portrayed in the special counsel’s investigation as a possible Russian agent. But Mifsud is also closely affiliated with Western politicians, diplomats and intelligence figures.

Nunes, the ranking member of the House Intelligence Committee, seeks to get to the bottom of Mifsud’s allegiances. In a letter sent Friday, the Republican asked the heads of the CIA, FBI, National Security Agency and State Department for documents related to the professor, who has been in hiding since October 2017, when he was named in Papadopoulos’s court documents.

Papadopoulos pleaded guilty on Oct. 5, 2017 to making false statements to the FBI about the timing of his interactions with Mifsud. He told FBI agents in January 2017 that he met Mifsud before joining the Trump campaign.

Papadopoulos did tell the FBI during that interview about a bombshell Mifsud dropped on him during a meeting in London on April 26, 2016. Papadopoulos said Mifsud claimed to have learned that Russia had “dirt” on Clinton in the form of “thousands” of her emails.

If Mifsud was affiliated with Russians, as the special counsel’s report suggested, “then an incredibly wide range of Western institutions and individuals may have been compromised by him, including our own State Department,” Nunes wrote in the letter, which was obtained by The Daily Caller News Foundation and first reported by Fox News. 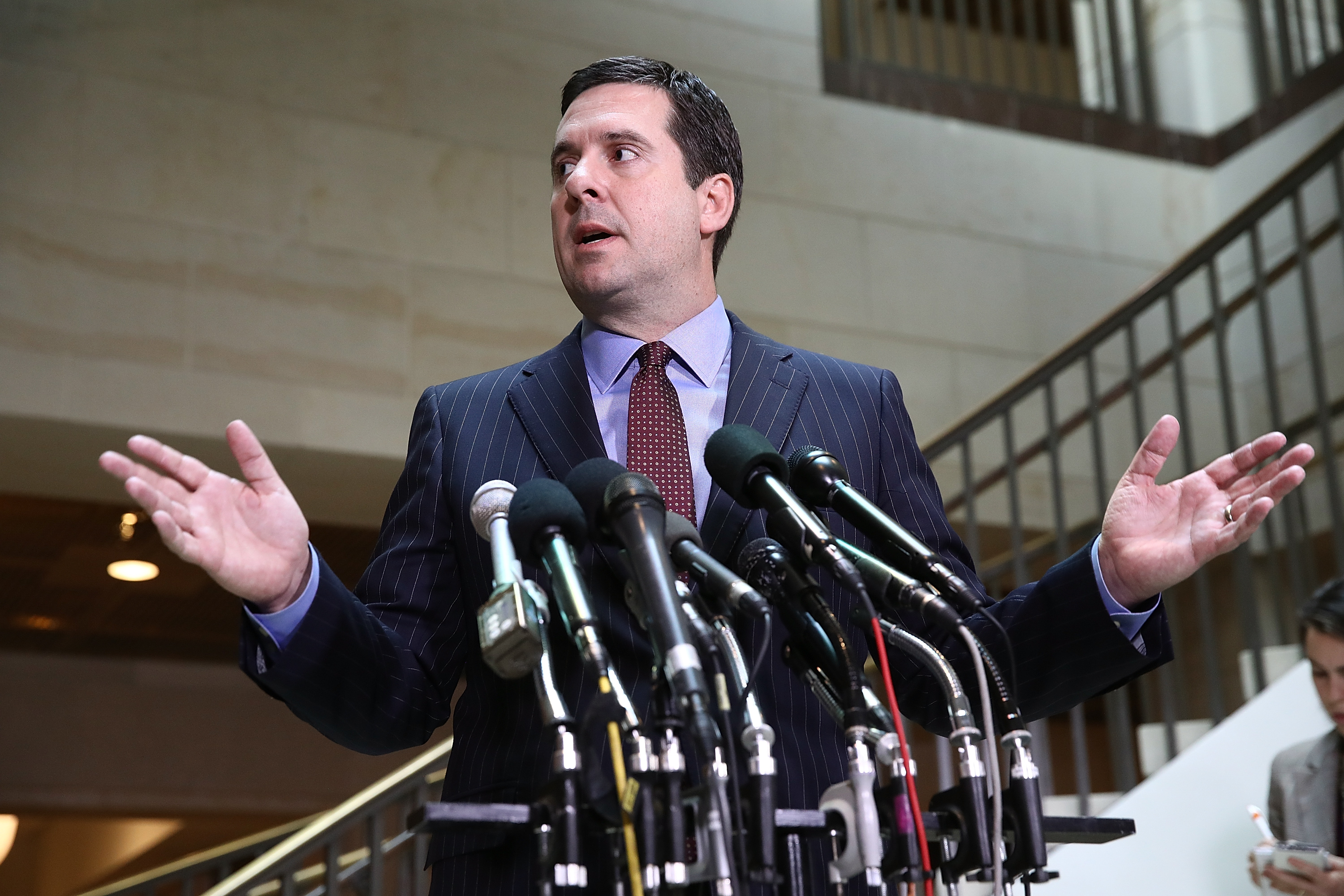 Rep. Devin Nunes speaks to reporters during a press conference at the U.S. Capitol March 22, 2017 in Washington, D.C. (Photo by Win McNamee/Getty Images)

Mifsud, who once served as a Maltese diplomat, taught at Link Campus, a Rome-based university that has close ties to Western intelligence agencies, including the FBI and CIA. Mifsud was interviewed by the FBI about his Papadopoulos contacts during a visit to the U.S. in February 2017.

Nunes asserted that if Mifsud was a Russian agent, the U.S. government would be obligated to run “damage assessments to determined what sensitive information Mifsud may have conveyed to the Russians and what Russian disinformation he may have spread.”

“[T]his could entail a major scandal for U.S. and allied governments,” he said.

Some evidence has emerged recently to undercut the notion that Mifsud was working for the Russians.

An Italian newspaper reported in April that Mifsud lived for eight months after going into hiding at a Rome apartment owned by a company affiliated with Link Campus. Vincenzo Scotti, a former Italian minster of defense and president of Link, had previously claimed not to know Mifsud’s whereabouts.

An adviser to Mifsud, Stephan Roh, has told TheDCNF that Mifsud has ties to Western intelligence and that he was instructed to lay low until the end of the special counsel’s investigation.

Papadopoulos has increasingly questioned Mifsud’s activities during the 2016 campaign.

The pair met for the first time on March 14, 2016, just days after Papadopoulos learned he would be joining the Trump campaign. Papadopoulos claims that his bosses at the London Center for International Law Practice (LCILP), a U.K. think tank where he was working at the time, insisted that he travel with them to Rome and meet Mifsud.

Mifsud also worked for LCILP, but Papadopoulos says he had never met the professor prior to his Rome visit.

Papadopoulos and Mifsud stayed in contact for several months after their initial meeting. Their emails show that they attempted to set up meetings between the Trump campaign and members of the Russian government. The meetings never took place.

Papadopoulos and Mifsud met again in London on March 24, 2016, where Mifsud introduced him to a Russian woman he claimed was Vladimir Putin’s niece. As the special counsel’s report notes, the woman turned out not to be related to the Russian president. Mifsud may have also edited and drafted some of her emails and text messages to Papadopoulos, the report claims.

The report also said that Mifsud lied to FBI agents during his February 2017 interview when he claimed his interactions with Papadopoulos ended after the March 24, 2016 meeting. It is unclear why Mifsud did not face charges in the special counsel’s probe, as Papadopoulos did. (RELATED: Mueller Claimed Joseph Mifsud Lied To The FBI About Papadopoulos Contacts, But He Wasn’t Charged)

The most significant encounter between Papadopoulos and Mifsud occurred on April 26, 2016. During breakfast at the Andaz Hotel in London, Papadopoulos claims that Mifsud mentioned out of the blue that he had learned from people in the Russian government that they had “dirt” on Clinton.

A meeting that Papadopoulos had two weeks later with another foreign diplomat would later spark the FBI’s investigation of the Trump campaign.

Alexander Downer, who then served as Australia’s high commissioner to the U.K., claimed that during a meeting with Papadopoulos on May 10, 2016, the young Trump aide mentioned that Russia might release derogatory information on Clinton later in the campaign.

Papadopoulos has insisted that he did not tell anyone on the Trump campaign about Mifsud’s remarks. The special counsel’s report says that no evidence was found to show that he did.

Downer sat on his information about Papadopoulos until late July 2016. After WikiLeaks began releasing Democratic National Committee emails, Downer passed his memo from the Papadopoulos meeting to the FBI, which then opened its counterintelligence investigation into the Trump campaign.

Papadopoulos says that he was pressed about emails during meetings in September 2016 with an FBI informant named Stefan Halper. (RELATED: EXCLUSIVE: A London Meeting Before The Election Aroused George Papadopoulos’s Suspicions)

Halper invited Papadopoulos to London under the guise of a $3,000 offer to write a policy paper on energy security issues. When Papadopoulos arrived, he was greeted by a woman going by the name Azra Turk. Turk was an undercover intelligence agent, The New York Times reported Thursday.

In his letter, Nunes questioned how the FBI would have known to press Papadopoulos about Clinton’s emails, given that he did not mention emails to Downer.

“It’s still a mystery how the FBI knew to ask Papadopoulos specifically about Hillary Clinton’s emails … if the FBI hadn’t already somehow received this information directly or indirectly from Mifsud himself,” he said.