Peter Strzok suspected CIA employees were behind inaccurate leaks to the press regarding possible Trump campaign contacts with Russia, according to an email the former FBI counterintelligence official sent to colleagues in April 2017.

“I’m beginning to think the agency got info a lot earlier than we thought and hasn’t shared it completely with us. Might explain all these weird/seemingly incorrect leads all these media folks have. Would also highlight agency as source of some of the leaks,” Strzok wrote in an email to FBI colleagues on April 13, 2017.

The email is highlighted in a letter that two Republican senators sent Monday to Michael K. Atkinson, the inspector general of the intelligence community.

In the letter, Sens. Chuck Grassley of Iowa and Ron Johnson of Wisconsin asked Atkinson if he has investigated whether the CIA or other intelligence community agencies leaked information to the press.

They pointed to a Dec. 15, 2016 text message that Strzok, the lead investigator on the Trump-Russia probe, sent to then-FBI attorney Lisa Page.

“Think our sisters have begun leaking like mad. Scorned and worried and political, they’re kicking in to overdrive,” Strzok wrote Page.

Strzok did not identify a specific leak, but a day earlier, NBC News broke a bombshell story that Russian President Vladimir Putin was personally involved in the U.S. election hacks. The story was sourced to “senior U.S. intelligence officials.” (RELATED: Strzok Sought To Capitalize On Dossier Release To Conduct Witness Interviews) 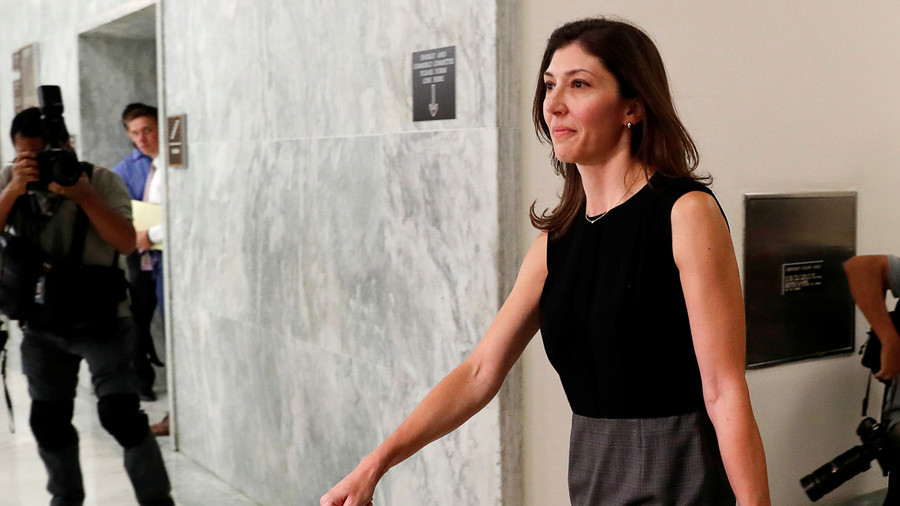 Strzok’s email several months later referred to another bombshell report, this one published by The Guardian.

Entitled “British spies were first to spot Trump team’s links with Russia,” the 2017 story claimed that British intelligence provided their American counterparts with information about possible Trump campaign contacts and Russians in late 2015.

In his email to colleagues, Strzok did not dispute The Guardian’s report. But the article appears to have raised his suspicion that the CIA, which is referred to in government circles as “the agency,” had intelligence that had not been shared with the FBI. Strzok believed some of that intelligence had been leaked to the media, even though it was inaccurate. (RELATED: FBI Officials Discussed ‘Insurance Policy’ Against Trump)

Strzok was removed from the special counsel’s investigation in July 2017, after the messages were discovered as part of an inspector general’s investigation into the FBI’s handling of the Clinton email probe. He was fired on Aug. 13, 2018.

Strzok, who was having an affair with Page, was a lead investigator on both the email investigation and the Trump-Russia inquiry.

“These texts and emails raise a number of serious questions and concerns,” Grassley and Johnson wrote in their letter to Atkinson.

They are asking Atkinson to provide more information about the “sisters” and why they would have started leaking.