Three environmental groups sued the federal government on Monday to block the renewal of a 10-year grazing permit for Oregon ranchers Dwight and Steven Hammond, The Oregonian reports.

Western Watersheds Project, the Center for Biological Diversity and WildEarth Guardians filed suit against the Bureau of Land Management (BLM), arguing that renewing the Hammonds’ grazing permits violated federal regulations. The BLM and Interior secretary did not consider the Hammonds’ poor record, the environmental groups said according to The Oregonian.

Dwight and his son Steven lost the grazing permit for their ranch in 2014. The Bureau of Land Management denied their application after the pair was convicted of arson in 2012, for which both served stints in prison and paid a fine of $400,000.

President Donald Trump issued a full pardon of the Hammonds in July 2018, springing them from a prison sentence many saw as unfair for the crime. (RELATED: Trump Issues Full Pardons To Oregon Ranchers Forced Back Into Prison Under Anti-Terror Law)

The ranchers were convicted under an anti-terrorism law that carried a minimum sentence of five years in prison. The fires the Hammonds set burned 140 acres of federal land. Federal Judge Michael Hogan cut their sentences shorter, ruling that forcing the Hammonds to serve out the five-year minimum qualified as “cruel and unusual.”

After the Hammonds were released, the Ninth Circuit Court of Appeals reversed Hogan’s decision, forcing the ranchers back into prison. 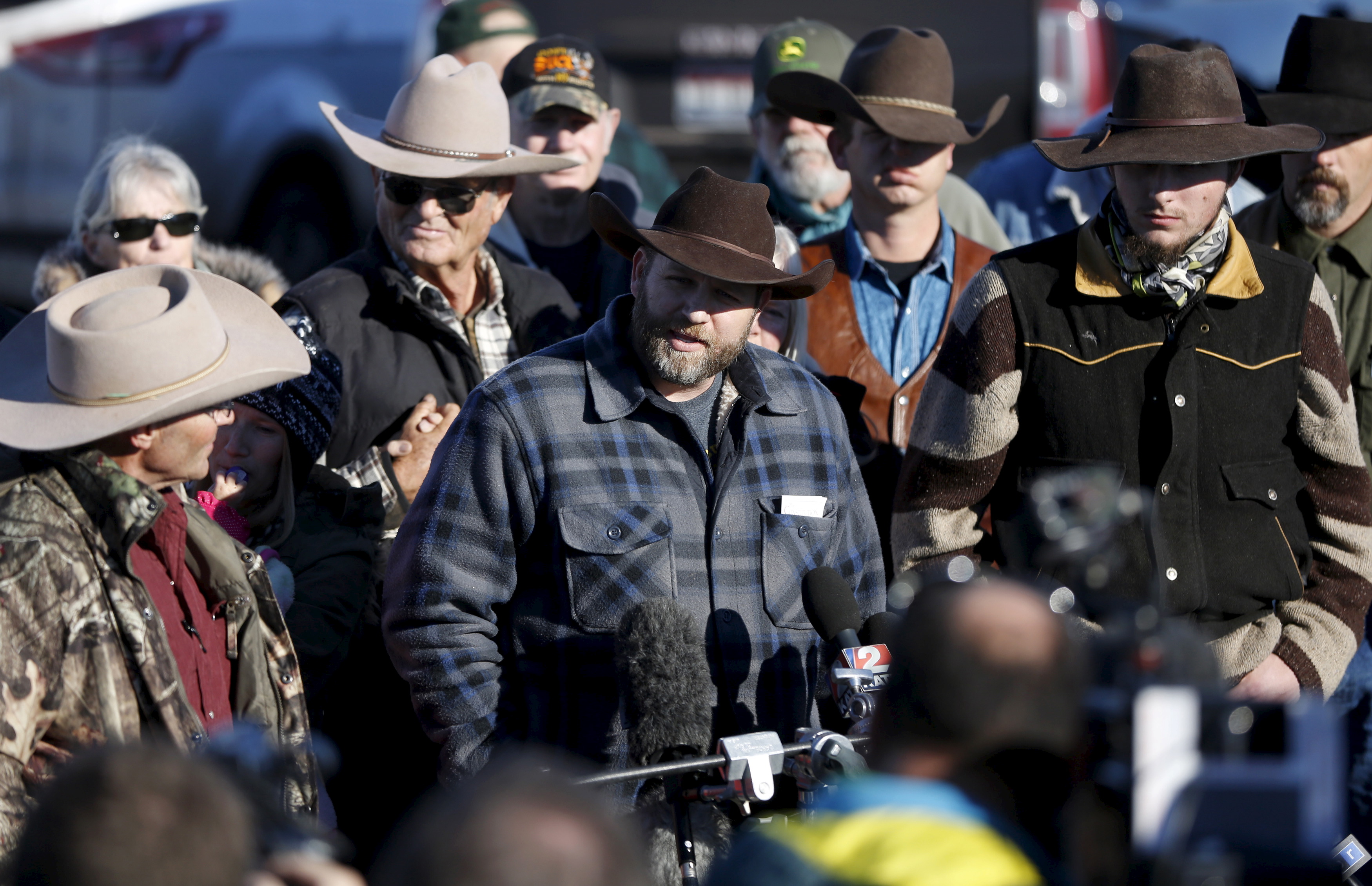 Leader of a group of armed protesters Ammon Bundy talks to the media at the Malheur National Wildlife Refuge near Burns, Oregon, January 8, 2016. REUTERS/Jim Urquhart

The Ninth Circuit decision sparked the Bundy brothers’ takeover of Oregon’s Malheur National Wildlife Refuge. Ammon and Ryan Bundy, sons of the Nevada rancher Cliven Bundy, led a group and took over the refuge to protest the Hammonds’ sentence, though the two ranching families were unconnected at the time.