Khashoggi was murdered and dismembered last October in the Saudi consulate in Turkey, while many U.S. lawmakers believe that Saudi Crown Prince Mohammed bin Salman ordered the assassination.

On HBO’s @RealTimers on Friday night, guest #FranLebowitz suggested murdering @realDonaldTrump: “We should turn him over to the Saudis, his buddies. The same Saudis who got rid of that reporter. Maybe they could do the same for him.” #RealTime pic.twitter.com/X5IDzZGxM8

“Whenever I think about this and what he really deserves, I think we should turn him over to the Saudis…his buddies,” she continued. “The same Saudis, you know, who got rid of that reporter. Maybe they could do the same for him.” (RELATED: Marco Rubio Says America’s Reputation On ‘Human Rights’ Should Trump Arms Deal With Saudi Arabia)

Later on the show, Maher said, “What happened? You said something and they’re mad at you. I know this feeling. What, the thing you said about the Saudis? You were making a joke and it went too far, we’re sorry. Is that where we are?”

She says she regrets that everyone “misinterpreted” her commentspic.twitter.com/SBtoTPFfEb

She answered, “That’s what the producer said. He said we’re getting blowback on Twitter or something. I saw your face when I said it. I didn’t realize that I said it. I had twelve cups of coffee, I regret saying it.” 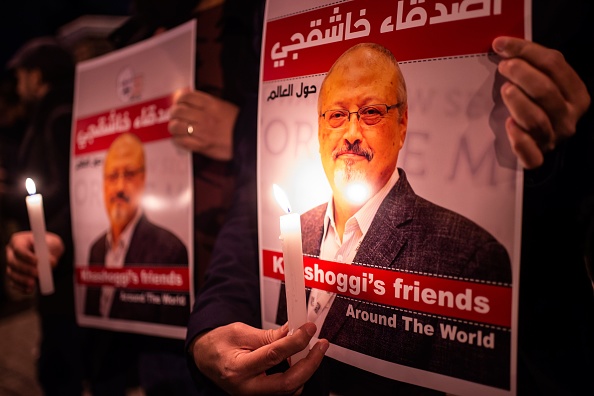 Maher then complained that it’s a live show before verbalizing a disclaimer that no one on the panel actually wants to see Trump get physically harmed.

“I did not mean that, and I regret saying it,” Lebowitz stated, before adding that, “I regret that everyone misinterpreted that because they misinterpret everything.”