“President Trump in Tokyo: ‘Kim Jong Un is smarter and would make a better President than Sleepy Joe Biden.'” Bremmer wrote on Twitter.

While Trump did praise the North Korean dictator’s insult of former Vice President Joe Biden, the president never said what Bremmer quoted him saying — because Bremmer made it up. (RELATED: 9 Times The Media Pushed Misinformation About Brett Kavanaugh)

Bremmer left the false post up for several hours before conceding he made up the quote and deleting the tweet, which he defended as “plausible.”

UPDATE: @ianbremmer has now admitted that he fabricated this viral Trump quote. And yet it is being shared by journalists and congressmen as if it is real. pic.twitter.com/QgNd9DnN8g

“This is objectively a completely ludicrous quote. And yet kinda plausible. Especially on twitter, where people automatically support whatever political position they have. That’s the point.” Bremmer wrote in a since-deleted correction.

Bremmer’s tweet went viral among Trump critics before he took it down.

“The President of the United States praising a cruel dictator who violates human rights, threatens nuclear attacks, oppresses his people, and kills political opponents, IS NOT FREAKING NORMAL,” Navarro added. 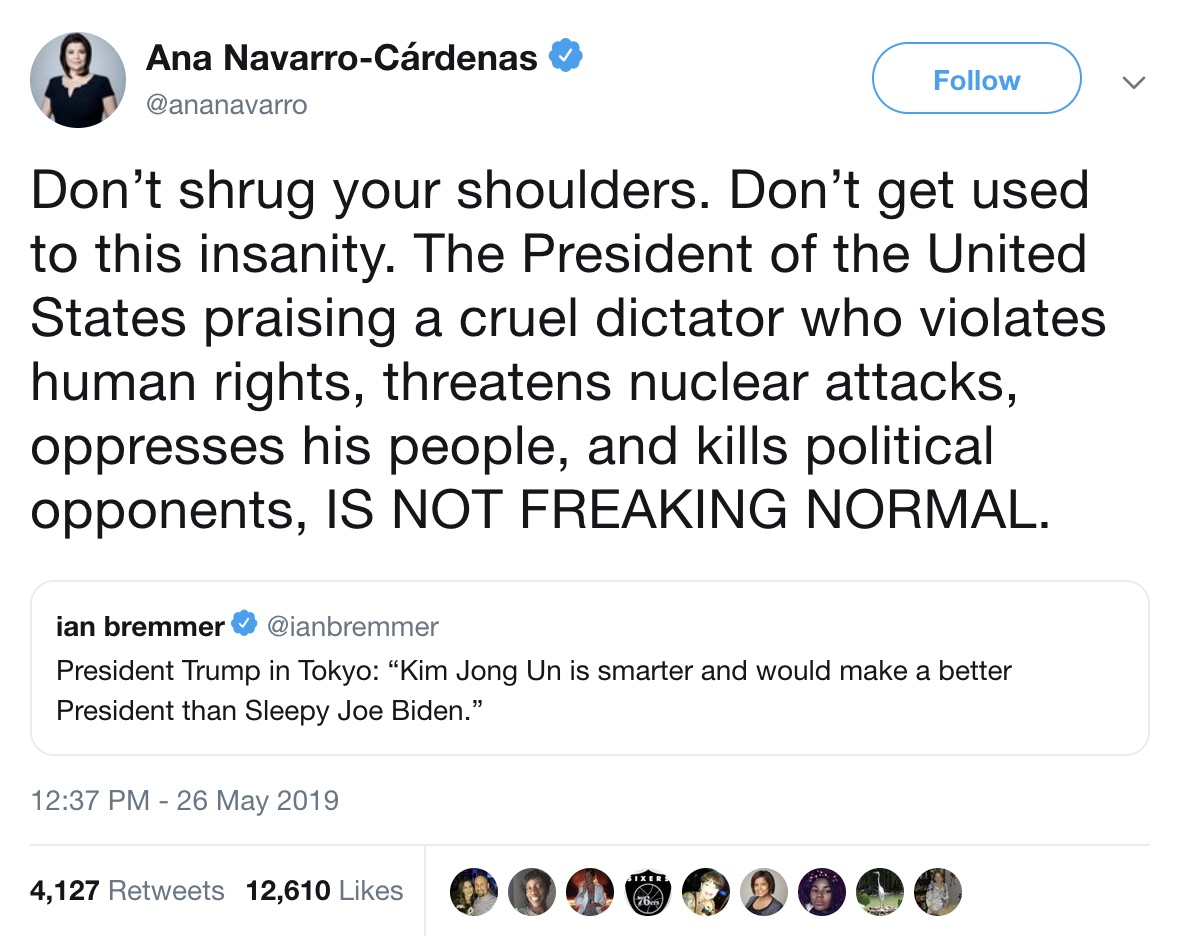 Navarro was far from alone in falling for the made up quote.

Lawrence called it “equally incredible how easily manipulated the president is and also that democrats havent [sic] figured out how to take advantage of this yet,” pointing to Bremmer’s false tweet.

Other critics of the president similarly promoted the false information. 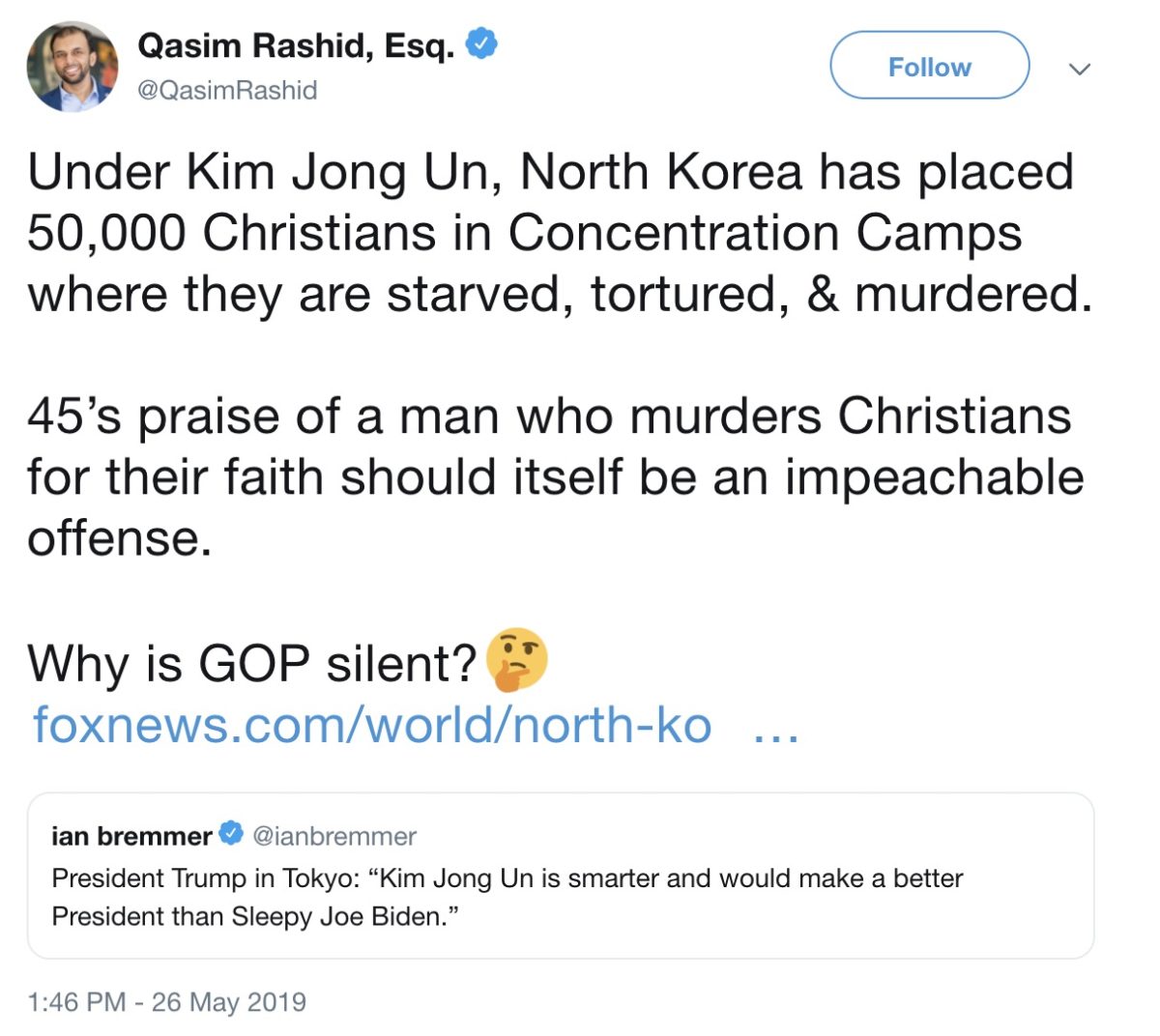 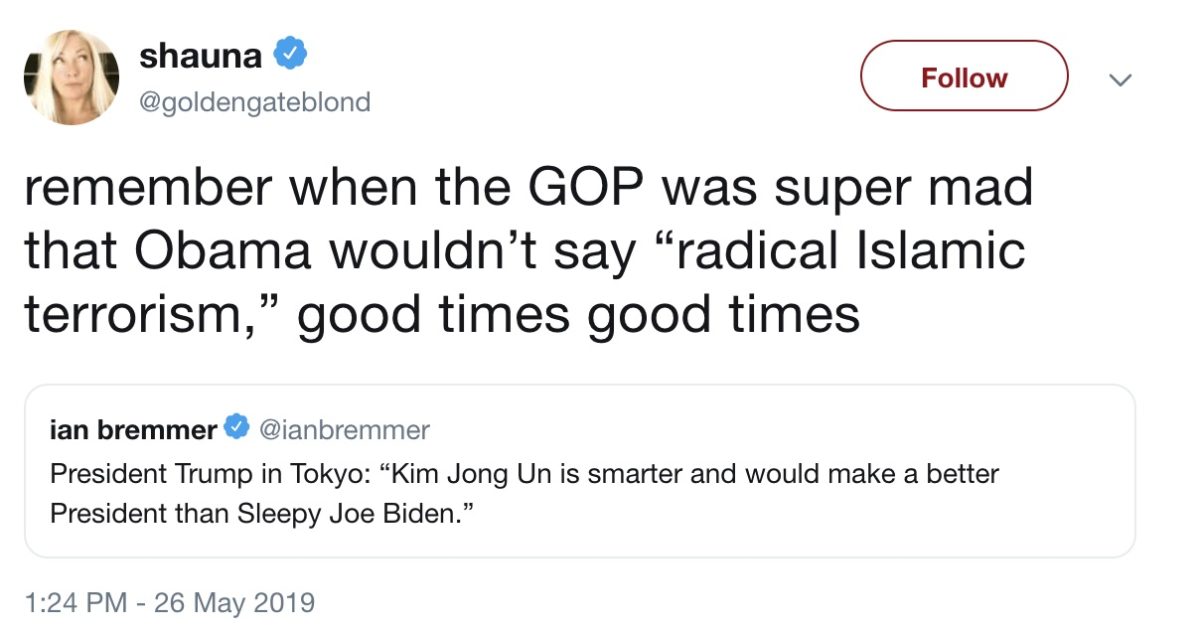