Independent Vermont Sen. and presidential candidate Bernie Sanders labeled a Politico article digging into his finances “anti-Semitic” during an interview over the weekend.

Sanders stated, “Call that what it is. It’s an anti-semitic article,” in an interview with The Young Turks host Cenk Uygur.

Politico’s article from last month, “The Secret of Bernie’s Millions,” was an investigation into how the self-proclaimed democratic socialist amassed significant wealth and properties despite “unrelentingly” railing on the 1%. 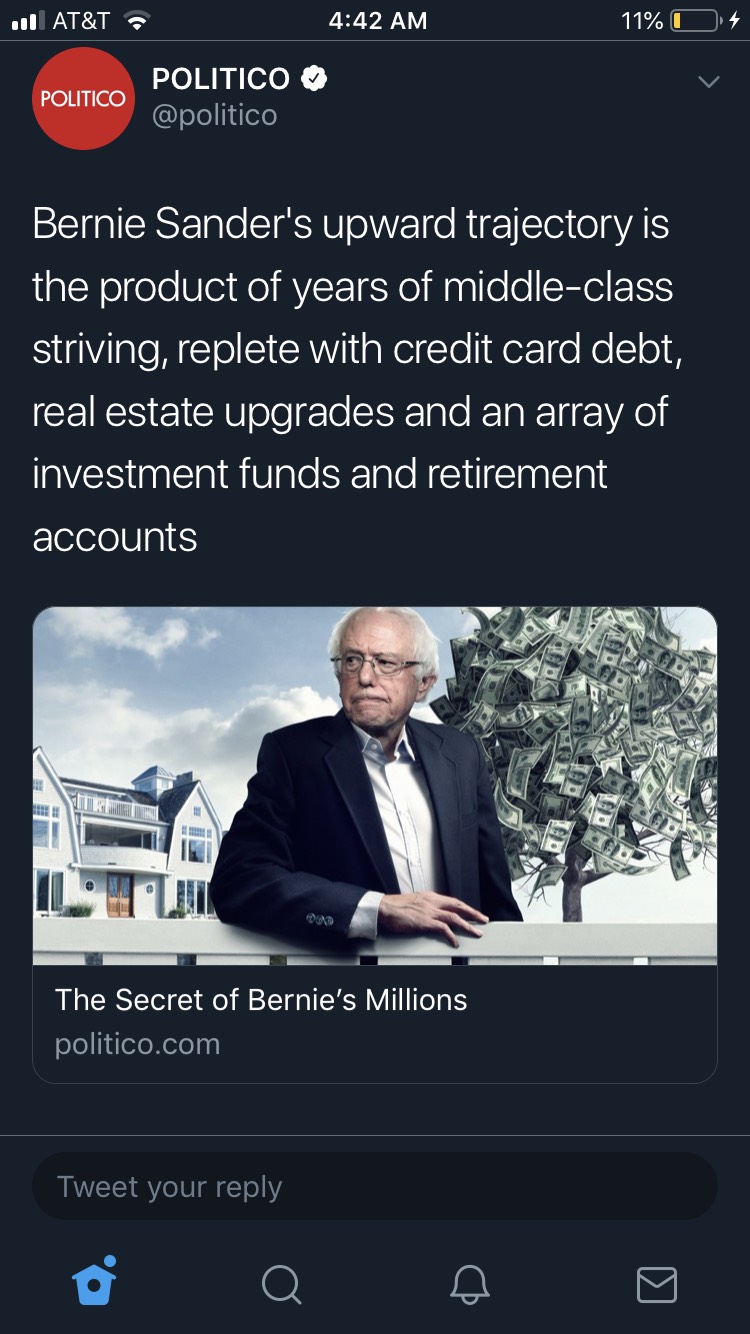 This is a tweet from Politico in regards to a story about independent Sen. Bernie Sanders’ finances. Dem. NY Rep. Alexandria Ocasio-Cortez called this illustration anti-Semitic (Screenshot from Friday).

Aside from the content of the article, some of the illustrations to go along with the article faced criticism. One of them showed Sanders, who is Jewish, looking off into the distance with a mansion over one shoulder and a tree with dollar bills as leaves. Another one shows him holding a house in his hands with two more houses appearing on each shoulder. The three houses represent his three properties.

Democratic New York Rep. Alexandria Ocasio-Cortez previously weighed in on the article questioning “how photoshopping money trees next to the only Jewish candidate for president and talking about how ‘cheap’ and rich he is *isn’t* antisemitic?”