The House passed a vote Tuesday that would grant protection from deportation to illegal immigrants and give millions a path to permanent citizenship status.

The American Dream and Promise Act passed the House with a vote of 236-187. The legislation was brought forward by California Democratic Rep. Lucille Roybal-Allard and will provide permanent status to illegal immigrants who came to the U.S. illegally as minors, as well as to those living in the U.S. under Temporary Protected Status, Newsweek reported.

This all comes as apprehensions of immigrants have increased every month since January. There have also been over 100,000 encounters at the southern border in both March and April, making it so the border crisis is on track to be the highest it has been in a decade.

The legislation would make it so 2.1 million immigrants “would be eligible under the measures for Dreamers, undocumented immigrants who arrived in the United States as children.”

The House Judiciary Committee criticized Democrats for pushing the bill forward, listing a number of reasons why amnesty should not be granted to illegal immigrants.

Yet, Democrats are still pushing for mass amnesty with H.R. 6.

“H.R. 6 would provide green cards to criminals, including gang members and people who committed potentially serious crimes as juveniles, with multiple DUI convictions and with misdemeanor firearms-related convictions. Dems are prioritizing mass amnesty over public safety,” The House Judiciary Committee also said in a tweet. 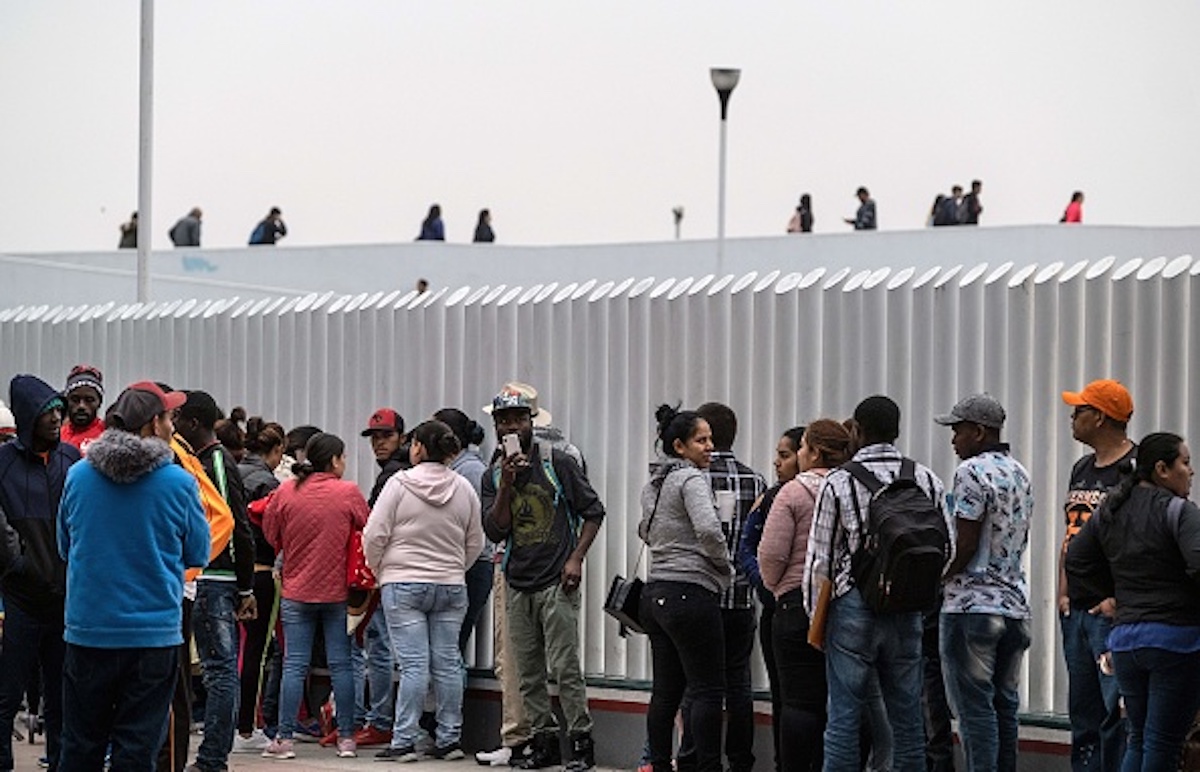 Asylum seekers queue for a turn for an asylum appointment with US authorities, at the US-Mexico El Chaparral crossing port in Tijuana, Baja California State, Mexico, on May 31, 2019. (Photo credit: GUILLERMO ARIAS/AFP/Getty Images)

President Donald Trump’s administration has already threatened to veto the legislation, saying it would be “undermining key administration immigration objectives and policy priorities, such as protecting our communities and defending our borders.”(RELATED: GOP Reportedly Considers Defying Trump On Mexico Tariffs)

The bill will likely be shut down in the Senate.