Google, Amazon and Facebook plowed a record amount of money into Washington, D.C., a year before congressional Democrats announced a wide-ranging antitrust investigation into the Silicon Valley giants.

They dumped a combined $48 million into lobbying in 2018, up 13% from 2017, government disclosures from January show. House Democrats announced a planned probe of Google and Facebook’s business practices Monday, nearly a year after the companies made their contributions.

Google was the biggest spender in 2018, increasing its lobbying contributions 18% to $21.2 million. Facebook’s spending amount grew nearly 10% to $12.6 million. All three companies spent the bulk of their lobbying on in-house lobbying crews. The efforts largely went toward market and data regulation issues, according to the data.

The House’s investigation comes several days after a Wall Street Journal report noted that the Department of Justice is preparing an antitrust probe against Google’s search engine and business model. It would be the first such investigation since the Federal Trade Commission conducted a probe of Google but closed it in 2013 without taking action. 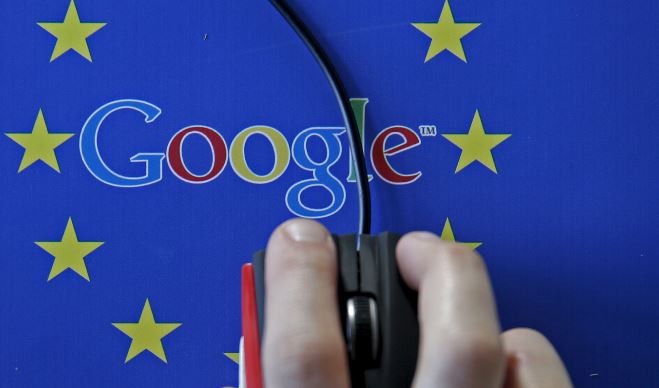 A woman hovers a mouse over the Google and European Union logos in Sarajevo. REUTERS/Dado Ruvic

Some of Google’s fiercest critics believe all that money will likely pay off at some point. “Throw a rock in any direction in Washington, D.C., and you’re likely to hit somebody on Google’s payroll,” Luther Lowe, vice president of public policy at Yelp, told Politico Tuesday. “No doubt they’re going to mobilize those individuals now.”

Google invested most of its time on the FTC, an agency that closed an investigation into the Silicon giant in 2013, media reports show. The DOJ’s decision to take the lead in any probe tosses a potential curve ball at the company. The FTC can levy charges but the DOJ can doll out criminal charges.

Democrats, Republicans, conservatives and liberals have meanwhile grown sower toward Google, Amazon, Facebook and the rest of the tech industry.

“This is very big news, and overdue,” Sen. Josh Hawley noted in a May 31 tweet responding to reports that DOJ is targeting big tech. The Missouri Republican is a fierce critic of Silicon Valley, noting in a May 22 oped recently that the world would be better off if monster social media companies didn’t exist. His Democratic colleagues are in on the game as well.

Sen. Elizabeth Warren of Massachusetts released a plan in March to break up the big three companies. Her proposal would impose new rules on tech companies with $25 billion or more in annual ad revenue, forcing Amazon and Google to dramatically reduce their hold on online commerce. Some legal analysts believe a probe could go quickly.

Silicon Valley antitrust lawyer Gary Reback, who spearheaded efforts that led to the government’s antitrust case against Microsoft, appears to buck the belief that Google’s army of lobbyists will win-out.

“I’ve been taking companies to Washington where they’ve complained about Google for a long time and there were politicians blocking it once, but the blockers aren’t there anymore,” Reback told reporters on June 3. “I don’t know if it’s the Trump administration that triggered it exactly but it could have been what broke the dam.”