Leaders including President Donald Trump honored the actions and sacrifices of Allied soldiers, who stormed the beaches of Normandy on June 6, 1944. The celebration consisted of a flyover, speeches and the appearance of veterans — including some of the few living veterans who stormed the beaches on that fateful day. (RELATED: Celebrate The 75th Anniversary Of D-Day With The Story Of Richard Winters And Band Of Brothers)

Here are some of the best photos from the event: 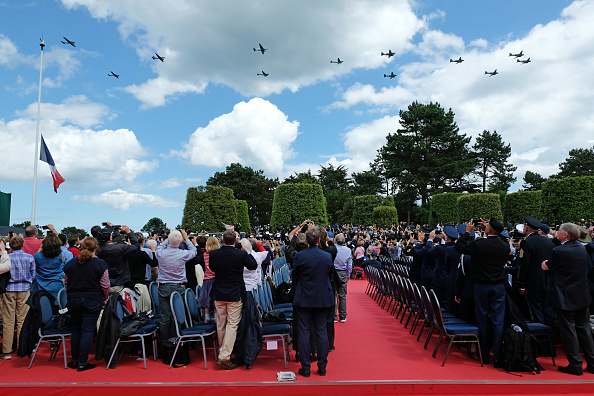 Trump took a few moments to thank the veterans at the event. There are less than 1,000 living D-Day veterans, according to USA Today. (RELATED: 7 Minutes To Live: The Extraordinary Story Of D-Day Veteran Andy Andrews) 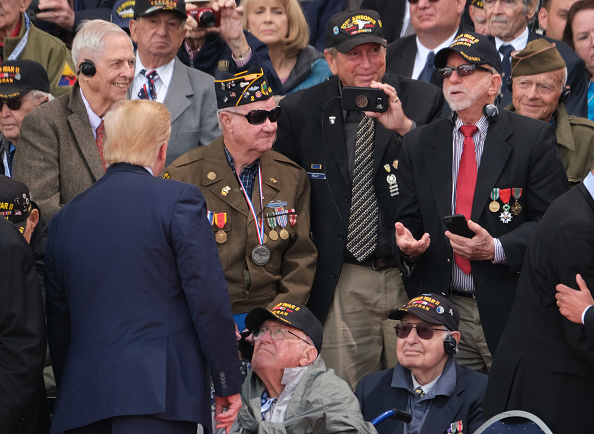 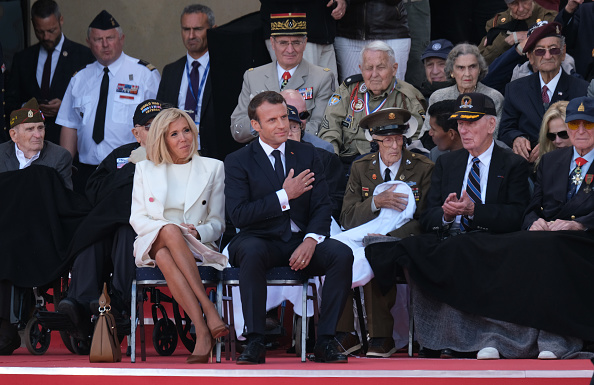 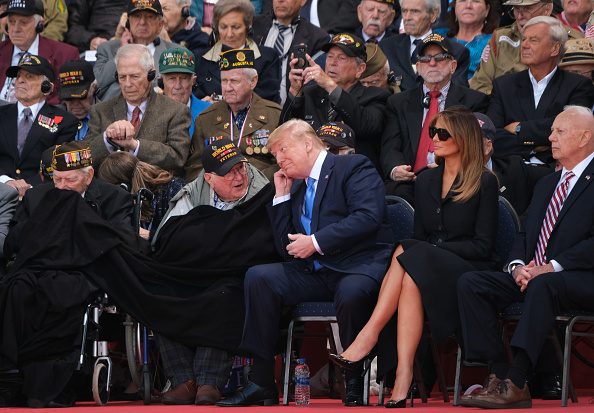 U.S. President Donald Trump (C) chats with an American veteran of The Battle of Normandy as First Lady Melania Trump looks on at the main ceremony … (Photo by Sean Gallup/Getty Images)

Veterans were saluted with cannons and artillery during the commemoration. 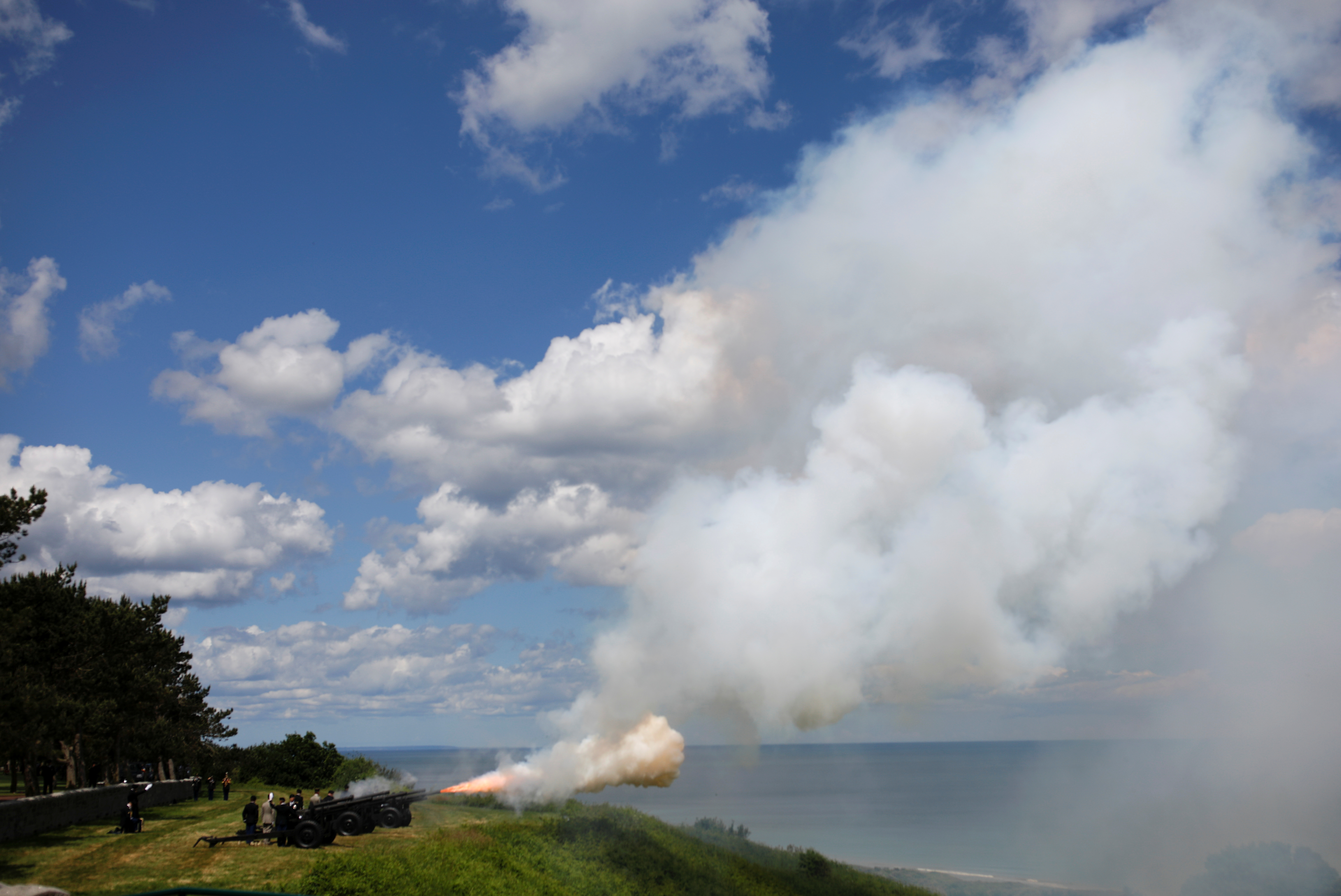 The U.S. Army Europe Band honored the thousands of American soldiers who perished during the Battle of Normandy at the Normandy American Cemetery, just ahead of the main commemorative ceremony. 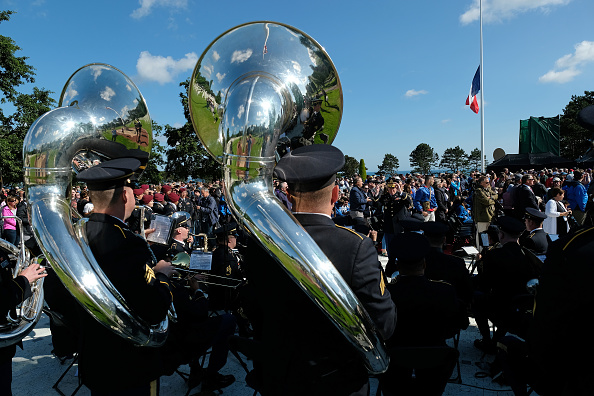 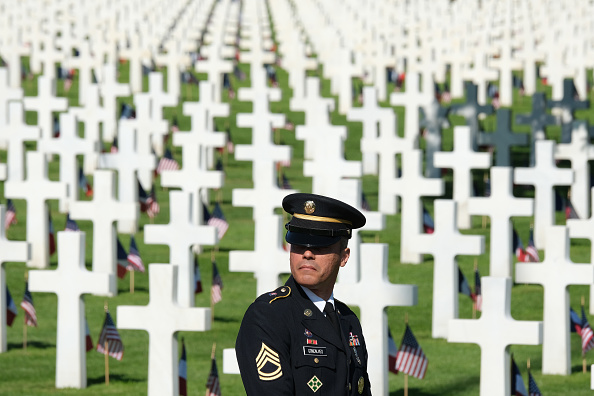 Over 4400 Allied troops were lost during the D-Day invasion, according to the History Channel. Today, leaders of the countries that conducted the invasion gathered to pay tribute to them, and everybody who served and sacrificed during the Battle of Normandy.