A Democratic California Rep. called her Republican colleagues “sex-starved men” on the House floor Wednesday, before withdrawing the comment at another congressman’s behest.

Rep. Norma Torres made the comment while speaking on the House floor about the language in the fiscal year 2020 Health and Human Services appropriations bill.

“It is tiring to hear from so many sex-starved males on this floor talk about a woman’s right to choose,” Torres began. (RELATED: PBS Tackles Abortion Debate In Frontline Documentary — And Gets It Right) 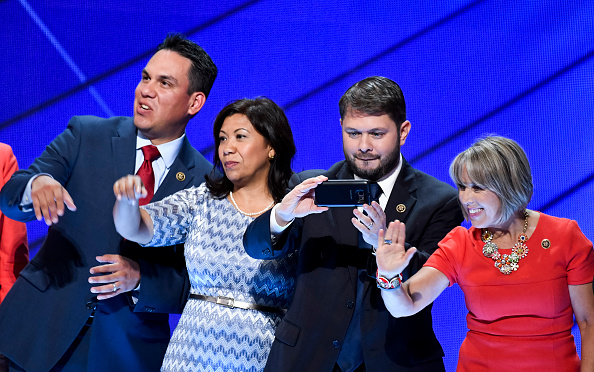 Republican Georgia Rep. Rob Woodall called a point of order and said, “Mr. Speaker, I would just like to ask my friend if she’d like to change her last statement.”

Torres then withdrew the remark before adding the following, according to Mediaite:

I will put it in different terms. It is tiring to be here on this floor or in committee as a woman to continue to be counseled about what types of affordable planning — feminine, whether it is family planning conversations that rightfully I deserve to have with my own doctor, choosing when women want to have a family, and to avoid pregnancies before they become pregnancies. It is unfortunate that that is something that continues to be denied to American women day in and day out on this floor. And with that I will reserve the balance of my time.

1
Black Firefighter Spent His Life Savings To Open A Bar. Then Minneapolis Looters Burned It Down
US
2
Schumer Calls On GOP To Cancel 'Conspiracy' Hearings On Origins Of Trump-Russia Probe
Politics
3
Some Press Groups Remain Silent About Assault Against Fox News Reporter As Others Condemn It
Media
4
DC Mayor Accuses Trump Of 'Hiding Behind His Fence' From 'Peaceful Protesters'
Politics
5
Rioters Destroy The College Football Hall Of Fame. The Destruction Is Saddening
Editorial