The Department of Education is going after U.S universities over supposed ties to foreign governments, after some allegedly took huge quantities of foreign cash and hid it from regulators.

At the top of the list are Georgetown University and Texas A&M, which have taken hundreds of millions of dollars from the government of Qatar, a middle eastern nation with suspected links to international terrorism.

Both schools received letters from the Department of Education Thursday saying they should have disclosed that funding but their filings “may not fully capture” the activity, the Associated Press reported. The letter warned that they could be referred to the attorney general to “compel compliance.”

Georgetown was also asked about possible ties to Russian cybersecurity firm Kaspersky Lab, as well as Saudi Arabian money. Both schools were ordered to disclose funding from Huawei and ZTE, Chinese firms suspected of spying.

In February, a Senate investigative subcommittee released a bipartisan, 100-page report that found that not only had China been pouring money into the U.S. for a program linked to propaganda efforts, a huge percentage of U.S. colleges had violated the law by hiding the money.

“Since 2006, the Subcommittee determined China directly provided over $158 million in funding to U.S. schools for Confucius Institutes,” the report said. “The Department of Education requires all post-secondary schools to report foreign gifts of $250,000 or more from a single source within a calendar year of receiving them. Despite that legal requirement, nearly 70 percent of U.S. schools that received more than $250,000 from Hanban failed to properly report that amount,” it continued.

So-called “Confucius Classrooms” funded by China have grown rapidly even though they were touted as a weapon by China’s former minister of propaganda. Teachers also committed rampant visa fraud, and China blocked the U.S. from creating a reciprocal program in that country, the report said.

During a 2018 congressional hearing on China’s activities in U.S. universities, FBI Director Christopher Wray said “I think the level of naïveté on the part of the academic sector about this creates its own issues.”

In March, security experts said that Chinese hackers had infiltrated a web of U.S. universities and stolen military research from them. “They are a full-fledged operation,” an expert told the Wall Street Journal. “And they are not going anywhere.” 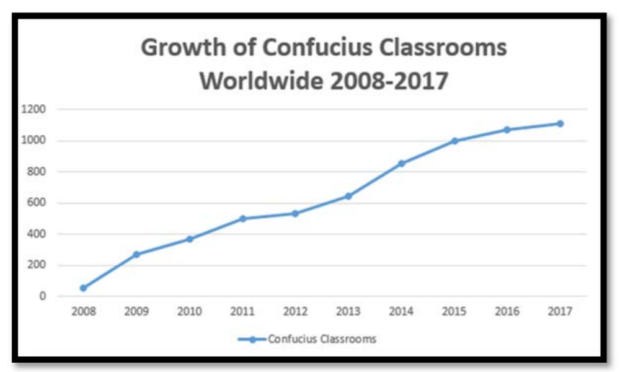 Georgetown is cooperating with the investigation and “takes seriously its reporting obligations and provides all information as required by the Department of Education every six months,” the school told the Associated Press.

The Daily Caller News Foundation asked the school for information about its foreign funding and how it might give other countries influence over the curriculum several times in recent months, but the school refused to answer.

In Texas, even though information about donors to the public university is supposed to be public, when a lawyer filed a Freedom of Information Act request, Texas A&M refused to turn over the records. Instead, the school alerted Qatar, which hired a politically-connected law firm that took legal action to tie up the request, documents reviewed by the Daily Caller News Foundation show.

Georgetown has received nearly $333 million from Qatar since 2011.

For a nation seeking sway over the U.S., Georgetown University would be a particularly tactical site of influence. The D.C. university, located near the State Department, trains many of the United States’ future diplomats at its Walsh School of Foreign Service (SFS).

The Department of Education’s letters are part of a broader forthcoming inquiry that will put numerous universities in the crosshairs for their ties to multiple foreign powers. One mentioned in the letter to Georgetown is Saudi Arabia.

A Saudi royal gave Georgetown $20 million to set up the Center for Muslim-Christian Understanding, which has appropriated social-justice language to push a Saudi-centric agenda to students. (RELATED: Before Killing of Writer, Elite U.S. Universities Took $600M From Saudi Arabia)

Georgetown received the Arab money at the same time that it was tasked by the U.S. government with shaping how K-12 textbooks treated the Arab world. In fact, an analysis by TheDCNF found that 12 of the 16 schools empowered to shape understanding of the Middle East in this way received money from Muslim nations.

In each case, the foreign money dwarfed the amount of the U.S. contract. The contracts are part of a Cold War-era program called Title VI that pays colleges to help students better understand international relations. It was originally intended to help prepare a cadre of intelligence agents and diplomats.

In 2008, a congressman asked Georgetown if it had ever written any reports critical of Saudi Arabia since receiving the funds. Georgetown did not answer the question in a statement quoted by The Washington Post in an article on the Virginia Republican’s letter.

Jonathan AC Brown, who serves as director of the CMCU, has defended slavery because the prophet Muhammad had slaves, and his father-in-law was convicted of providing material support to terrorists. On his Twitter feed, Brown has espoused radical political positions and has said Muslims who alert the FBI about other Muslims should be ostracized. 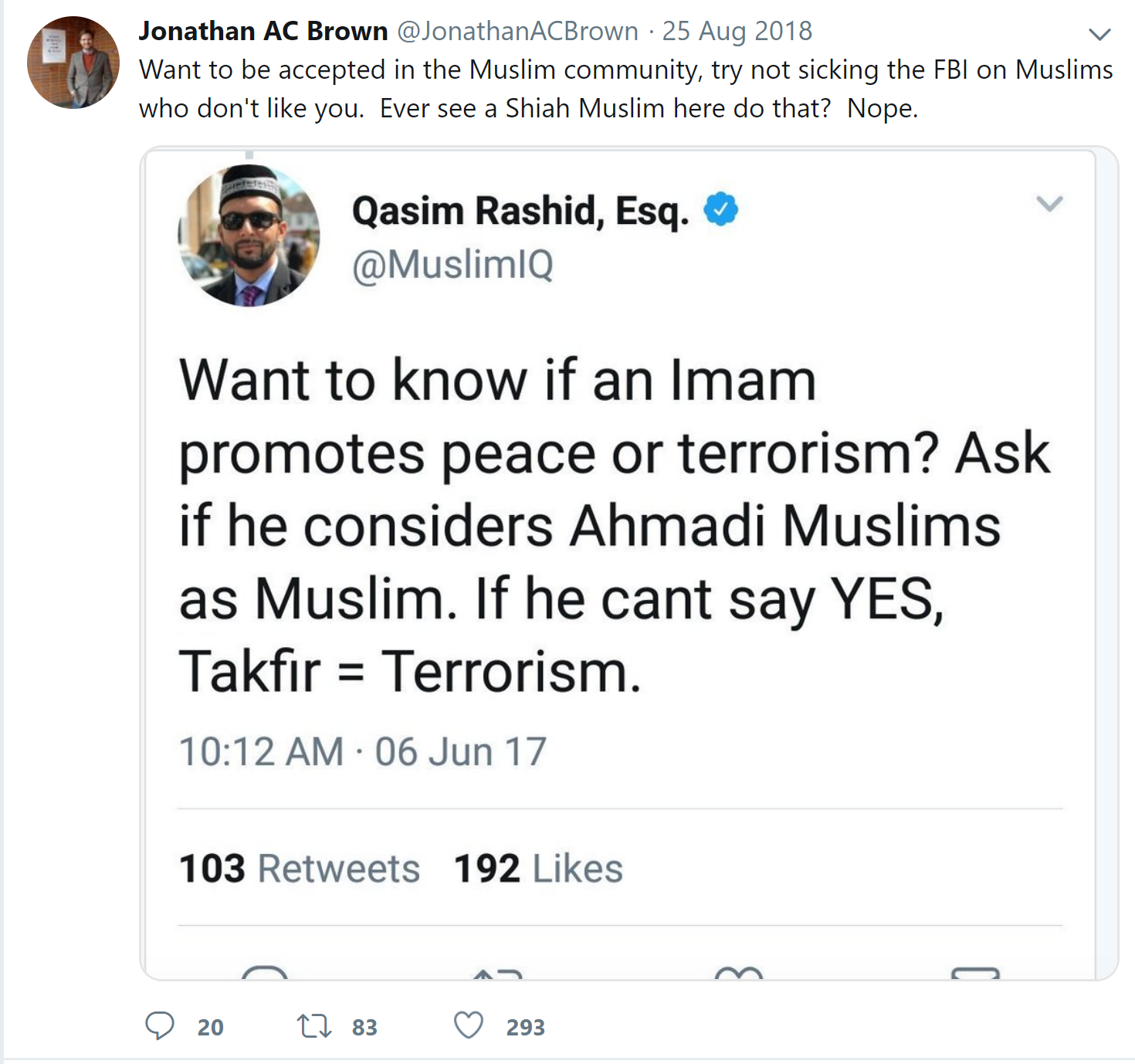