California Democratic Governor Gavin Newsom compared the current political situation in the United States to that of California in the 90s, then predicted the eventual demise of the national Republican Party.

During a wide-ranging interview with Politico published Monday, the former San Francisco mayor took some time to break from state politics to weigh in on what he considers a bright future for Democrats at the national level similar to what they’ve experienced of late in his state.

“America in 2019 is California in the 1990s,” said Newsom. “The xenophobia, the nativism, the fear of ‘the other.’ Scapegoating. Talking down or past people. The hysteria. And so, we’re not going to put up with that. We are going to push back.”

Former Republican Governor Pete Wilson served two terms during the decade, leaving office in 1999 with a $16 billion budget surplus and a 55 percent approval rating. His term was marked by the passage of welfare reform and Proposition 187, a 1994 ballot initiative — later overturned by a federal court — that would have denied health care, social services, and public education to illegal immigrants. 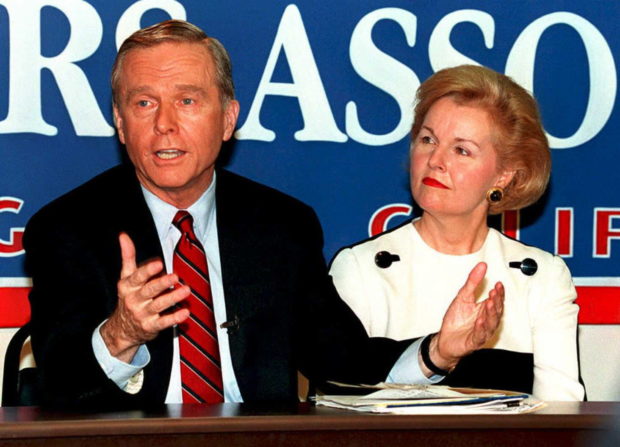 Likely referring at least in part to Proposition 187, which was divisive then but still passed by 59 percent of voters, Newsom told Politico that Republicans at the national level “are into the politics of what California was into in the 1990s … and they’ll go the same direction — into the waste bin of history, the way Republicans of the ’90s have gone. That’s exactly what will happen to this crop of national Republicans.” (RELATED: Governor Newsom Makes News By Not Making Sense)

Republicans currently make up only around 25 percent of voters in California.