After Eoin Lenihan uncovered some especially cozy ties between antifa extremists and the reporters who cover them, journalists launched a smear campaign to discredit his work and ruin his professional life, and attacked the outlets who wrote about his work.

Lenihan’s treatment by the media is in stark contrast to the treatment of another inexperienced researcher — Joanna Harper — who published a scientifically flawed study on the transgender athlete debate. The wildly divergent experiences of Harper and Lenihan show what can happen when journalists abandon good reporting practices for the sake of ideological aims.

The Columbia Journalism review led the campaign against Lenihan, with a story by liberal activist Jared Holt, which attempted to discredit Lenihan and slammed right-wing sites for writing about his study. Lenihan used network mapping and linguistic analysis in the study to identify antifa extremists on Twitter, and in the process identified 15 antifa reporters as very connected to a seed group of influential activists, which he found consistently promote the group in their reporting.

The central claims of Holt’s piece was that Quillette and other right-wing outlets didn’t properly vet Lenihan’s study, and that Lenihan is just a “right-wing troll” who is not qualified as an extremism researcher. After Quillette and The Daily Caller showed both of these claims to be false, CJR and Holt refused to correct the record. Instead, they spread more misinformation about Lenihan on Twitter. They have not identified any problems with the study itself or with Lenihan’s conclusions. (RELATED: FBI Investigating Antifa For Plotting To Buy Guns From Cartel For ‘Armed Rebellion’) 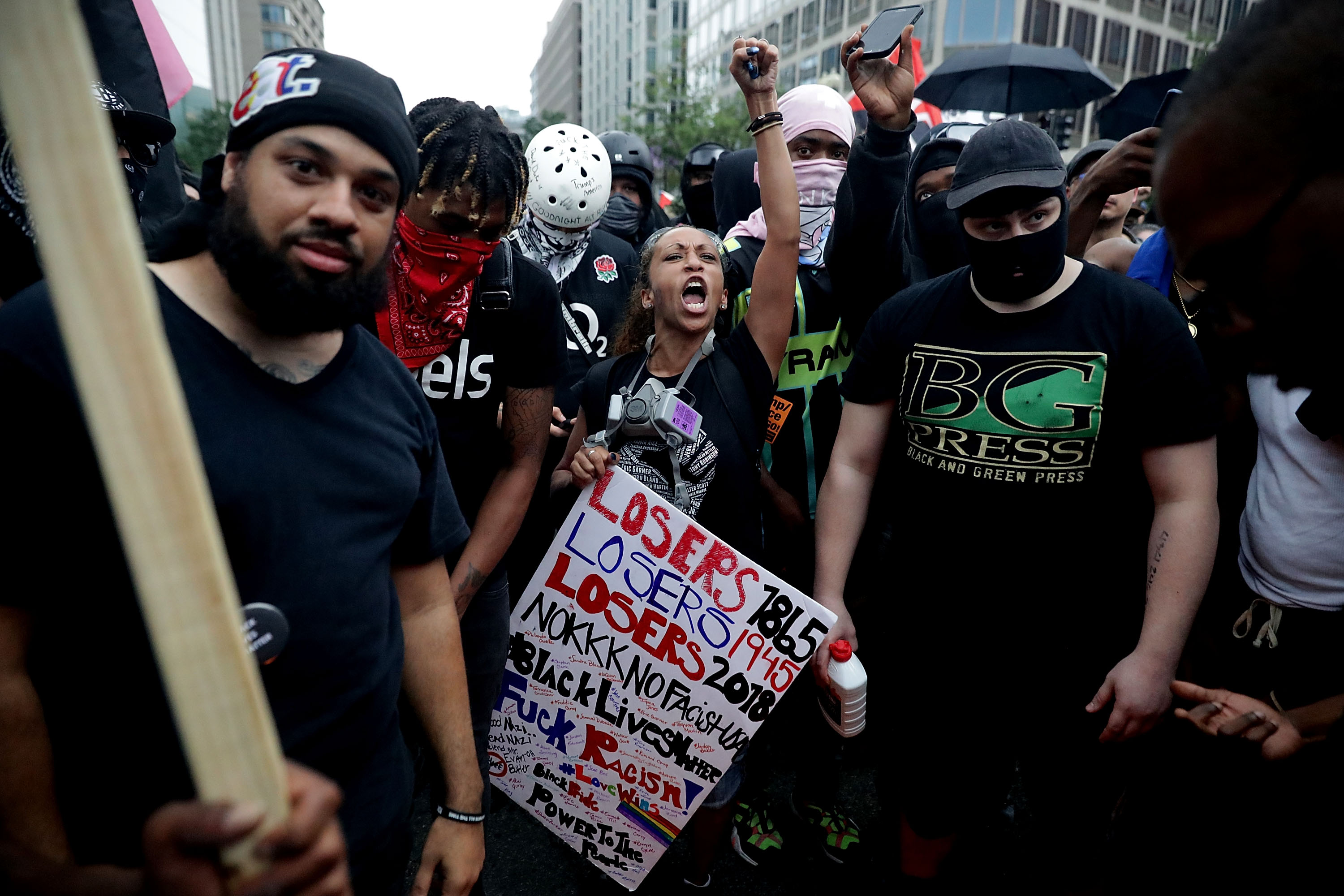 Counter protesters and members of the Antifa and Blac Bloc rally on the east side of the Eisenhower Executive Office Building as the white supremacist Unite the Right rally is being held across from the White House August 12, 2018 in Washington, DC. (Chip Somodevilla/Getty Images)

After he wrote about his research, Lenihan was banned from Twitter, and lost out on several professional opportunities. The Tony Blair Institute for Global change tried to wiggle out of the fact that they awarded him a contract for work on extremism research in 2016. The Center for Analysis of the Radical Right flat out lied about their ties to Lenihan, and promised never to work with him in the future. And he was uninvited from a terrorism conference, where he was slated to talk about his antifa study. Several journalists also contacted Al Jazeera producers over a segment Lenihan did with them, and accused him of being a racist. Al Jazeera took the segment offline. Another motivated reporter submitted a bogus study to the journal that is reviewing his study for publication, in a failed attempt to discredit him.

Granted, Lenihan doesn’t have a long and credentialed history as an extremism expert — he began looking into the subject in 2016 — and he does have major cred as an online troll. But he holds a PhD, and his work is being taken seriously by a peer reviewed journal. He has been forthright about his credentials with the press, and was careful to qualify and explain his study when he wrote about it for Quillette. For example, he stressed that Twitter connections are not in and of themselves incriminating, and in the case of the journalists he looked at, they functioned merely as a jumping off point for further review of their reporting. (RELATED: Journos Redouble Efforts To Discredit Lenihan, Once Again End Up Spreading Misinformation And Lies)

Lenihan’s case bears striking similarities to that of Harper, who became interested in studying transgender athletes after seeing a drastic decrease in personal run times post-transition. Harper saw a dearth of scientific evidence on whether biological men maintain a significant advantage over women in sports, even after taking drugs that suppress testosterone levels (the reason for Harper’s own declining run times), and set out to rectify that. Harper collected and analyzed data from transgender runners, who reported race times pre- and post-transition, and concluded there is no meaningful advantage post-transition, at least in long distance running.

Harper got the study published, and it has been heralded in the press. The study continues to be cited regularly in reporting on the transgender athlete debate. In several opinion pieces, Harper was given the opportunity to talk at length about the study and what motivated it.

“Do transgender athletes have an edge? I sure don’t,” a Washington Post headline read. Harper was asked to help the International Olympic Committee craft new rules for transgender athletes at the 2016 games, and will work with the committee again this year on the 2020 games. The study also opened doors for Harper in the academic world. Harper is moving to London this fall to partner with a university in ongoing research of transgender athletes, and is working on a follow up to the original study with three other scientists. 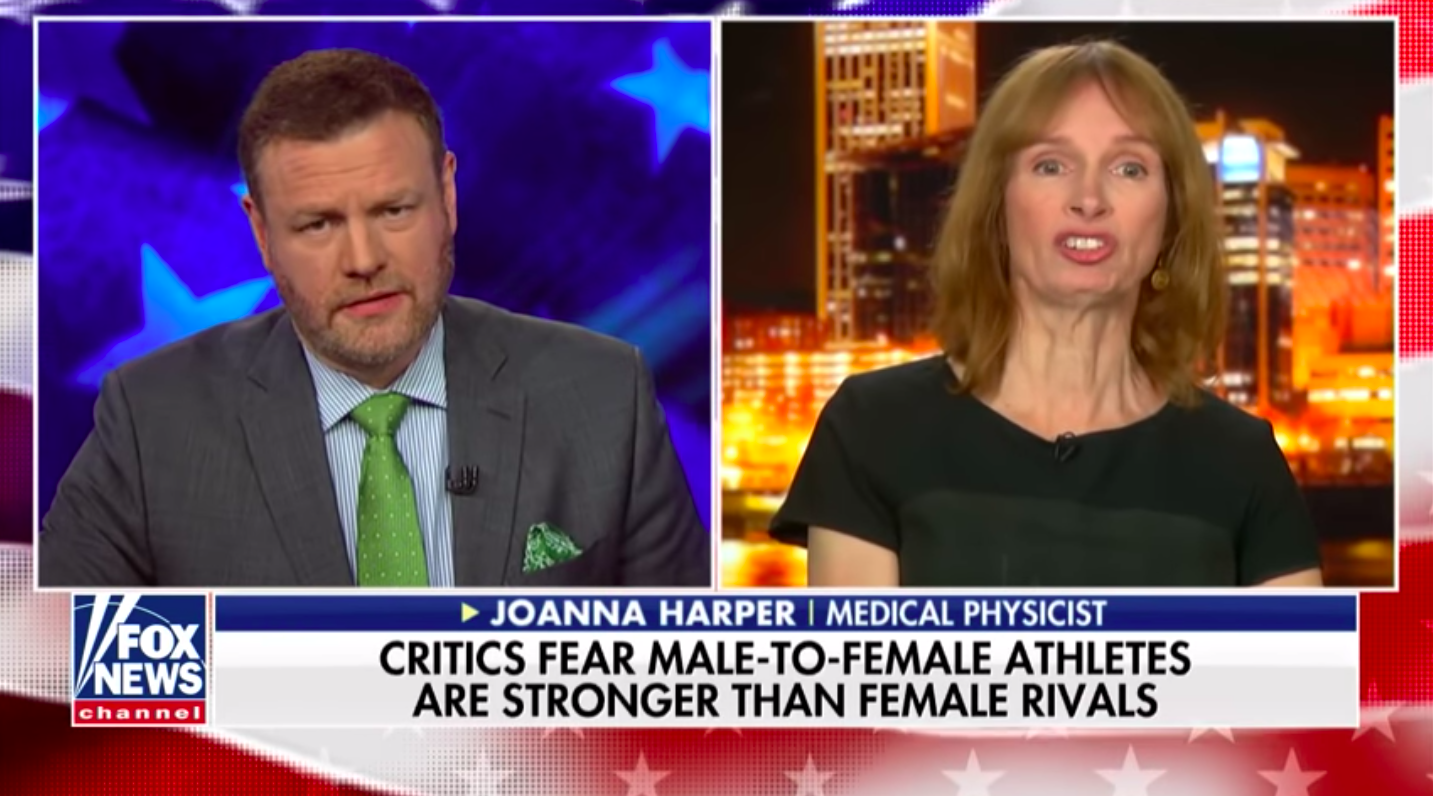 Absent from the coverage of Harper’s study, though, is acknowledgment of its limited scope and problems from a scientific standpoint, which are many. The study has a sample size of just eight runners, who were not randomly selected but were found primarily through an online search. The times are self-reported, in some cases years after the runner ran a given race. Harper was unable to verify more than half of the run times, and some of the participants were anonymous.

There is no control group, and no control for factors other than hormone suppression in the change in run times, such as injuries, varied training routines and the kind of courses run. Additionally, Harper did not run a post-hoc power analysis, which would indicate the strength of the analysis she ran to accurately read the data. And the study is limited to long distance runners, so on a scientific basis it doesn’t say much about transgender athletes in other sports.

Harper has freely acknowledged the study’s flaws, and carefully qualified its conclusions. “I’m certainly not suggesting that one study of eight athletes in one sport is in any sense a definitive study,” Harper told the Caller in a recent interview. “But it was a start, and it’s got people interested in doing more research.”

Lenihan’s stated motivations for researching antifa are similar. He told the Caller he decided to study antifa in particular after he participated in a 2018 panel discussion on extremism hosted by the Konrad Adenauer Foundation in Berlin. He talked with the panelists about the lack of research on left-wing extremists, and as a result decided to conduct his own. He added that he hopes to build on and improve the model he developed in his study, and that his work serves as a jumping off point for further research. (RELATED: Behind CJR’s Hit Job On A Researcher Exposing Antifa-Journalist Connections) 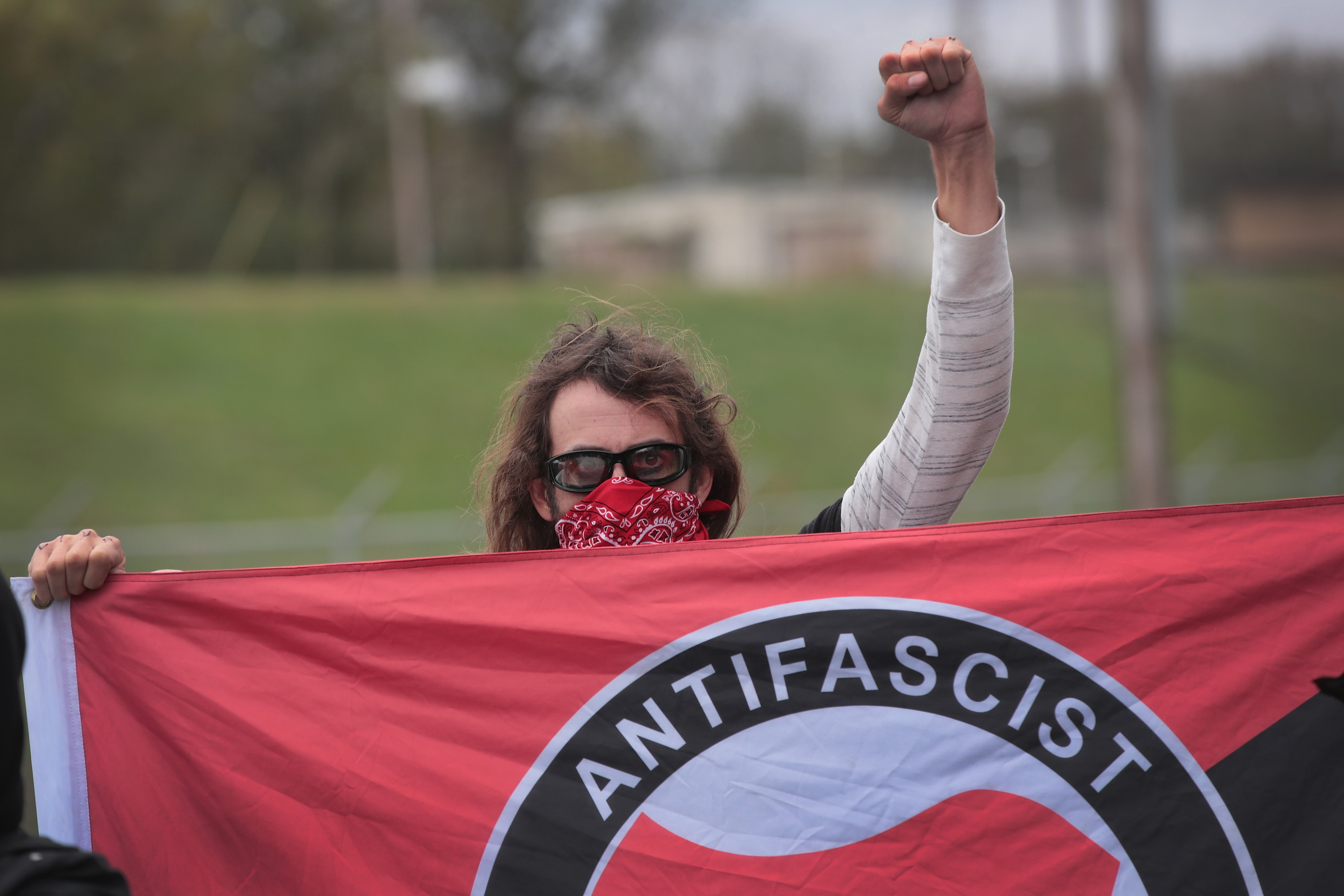 An anti-fascist demonstrator, also known as Antifa, taunts participants as they arrive for a white nationalist’s rally on October 28, 2017 in Shelbyville, Tennessee. (Scott Olson/Getty Images)

Both Lenihan and Harper seem to be operating on a good faith effort to advance research in their respective fields, but they’ve been treated very differently by the press. Lenihan’s research resulted in a smear campaign that has been effective in erasing much of his online presence and damaging his academic associations. Harper’s research resulted in a spot on the Olympic Committee, an uncritical platform in the press, and opportunities to continue research.

Journalists set the bar extremely high for Lenihan and the outlets who reported on his study. CJR demanded a complete and total vetting from the press not only of his study, but also of his motivations and academic credentials. When CJR was called out for abandoning journalism best practices in their hit piece, they doubled down and continued to attack. Lenihan was not simply dismissed, but severely punished for writing about his work.

The bar for Harper, on the other hand, is low. Journalists accepted the study in good faith, despite its severe flaws from a scientific standpoint, to a point that Harper conceded is problematic. “There’s not a lot of nuance, and people are making hyperbolic claims on one or the other,” Harper told the Caller. “And yeah, there’s definitely people who have said, ‘Oh Joanna Harper’s study proves something.’ Well, of course it doesn’t prove anything, really.”

“I’ve been a little chagrined that people have made claims about the study that are far greater than claims that I make about the study,” Harper added. (RELATED: Columbia Journalism Review Endorses One-Sided Journalism In The Trans Athlete Debate)

1
'You Used And Abused Your Position': 'Squawk Box' Hosts Go At It In Explosive Segment On Economic Recovery
Politics
2
Grenell Declassifies Document Said To Be 'Very Significant' To Origins Of Russia Probe
Politics
3
'I SURE DID, F*CKER': Kathy Griffin Doubles Down On Hoping Trump Gets Stabbed With Potentially Fatal Air-Filled Syringe
US
4
President Trump's Reelection Campaign Staff Just Got A Shakeup
Politics
5
'Very Sad': Trump Reacts To Reporter Question About Scarborough
Media