Wyoming Republican Rep. Liz Cheney blasted New York Democratic Rep. Alexandria Ocasio-Cortez Tuesday for claiming she was the one who originally compared detention facilities on the border to concentration camps.

During a House Republican leadership press conference, Cheney was asked about the ongoing Twitter dispute between her and Ocasio-Cortez, who says Cheney “directly and explicitly compared concentration camps on our border to the Holocaust,” adding that Republicans pushed the idea “for the explicit purpose of eliciting and manipulating pain for political fear.”

Cheney was asked about the feud, to which she responded that Ocasio-Cortez should apologize for her remarks.

“Well, I think that any member who suggested, as she did, that the camps at the US border are concentration camps, that’s a comment that is clearly ludicrous, clearly something that must be responded to. I think right now we’ve got work to do, it’s important work that we need to do. I think that allegations that somehow the United States is operating in a way that is in any way a parallel to the Holocaust is just completely ludicrous,” Cheney said to reporters.

“I think that she ought to apologize for it. And I think we’ve got to be in a position where rather than launching attacks like that which are clearly political on their face, clearly misinformed, we all ought to be working to try to help the crisis at the border, both the security and the humanitarian crisis at the border. And she and all of her colleagues, many of her colleagues have now prevented us from the bringing the bill to the floor that would do that 17 times,” Cheney continued.

“I think it’s very important that we focus on the fact that this is real congress, this isn’t model congress we have real work to do and we ought to be getting that work done,” Cheney concluded. (RELATED: Ocasio-Cortez Says Republicans Are To Blame For Invoking Holocaust In Immigration Debate) 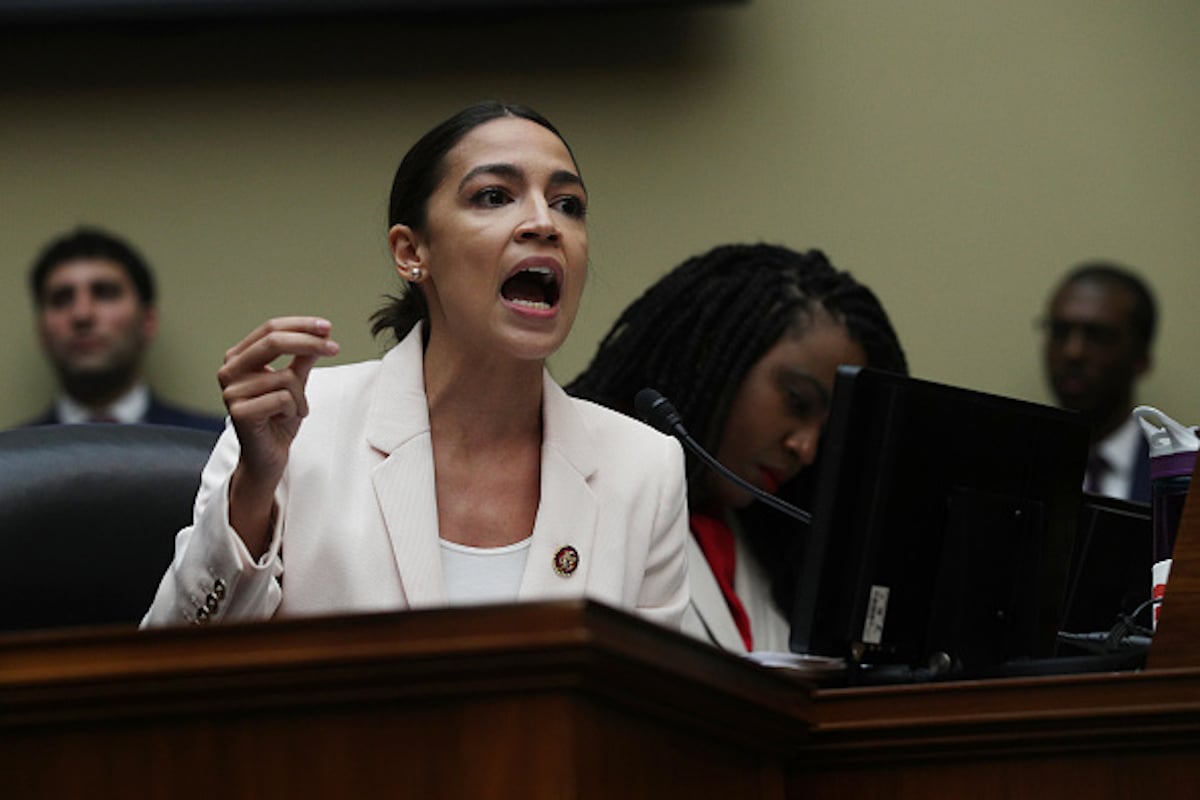 Rep. Alexandria Ocasio-Cortez speaks during a meeting of the House Committee on Oversight and Reform June 12, 2019 on Capitol Hill in Washington, DC. (Photo by Alex Wong/Getty Images)

Ocasio-Cortez originally faced criticism for making the comparison on an Instagram live, saying “The US is running concentration camps on our southern border, and that is exactly what they are. If that doesn’t bother you … I want to talk to the people that are concerned enough with humanity to say that ‘never again’ means something.”

In June 2018, Ocasio-Cortez explained her belief that abolishing the Immigration Customs Enforcement (ICE) agency is “common sense” during an interview on CNN.