Former Maryland Democratic Rep. John Delaney said he would not impeach President Donald Trump based on Speaker of the House Nancy Pelosi’s comments.

“I don’t think anybody is above the law. I don’t know anyone is above the law including a president. I support speaker Pelosi’s decisions she is making as speaker. I think she knows more about the decision as to whether to impeach the president than any of the 2020 candidates combined, Delaney said Wednesday night during the first Democratic debate.”

“No one is above the law and this president who is lawless should not be above the law, I will tell you the one thing when you are out doing as much campaigning as I have done, 400 events and all 99 counties in Iowa, this is not what American people ask us about. They want to know about health care and pharmaceutical prices and creating jobs in their communities,” Delaney said at the debate.

“Last year in our country, 80% of the money for start up businesses went to 50 counties in this country. There are over 3,000 counties in this country. They care about the public schools and jobs in their communities and with their pay and health care and infrastructure. These are the issues, these kitchen table pocket book issues are what most Americans care about. They never ask about the Mueller report,” Delaney continued. 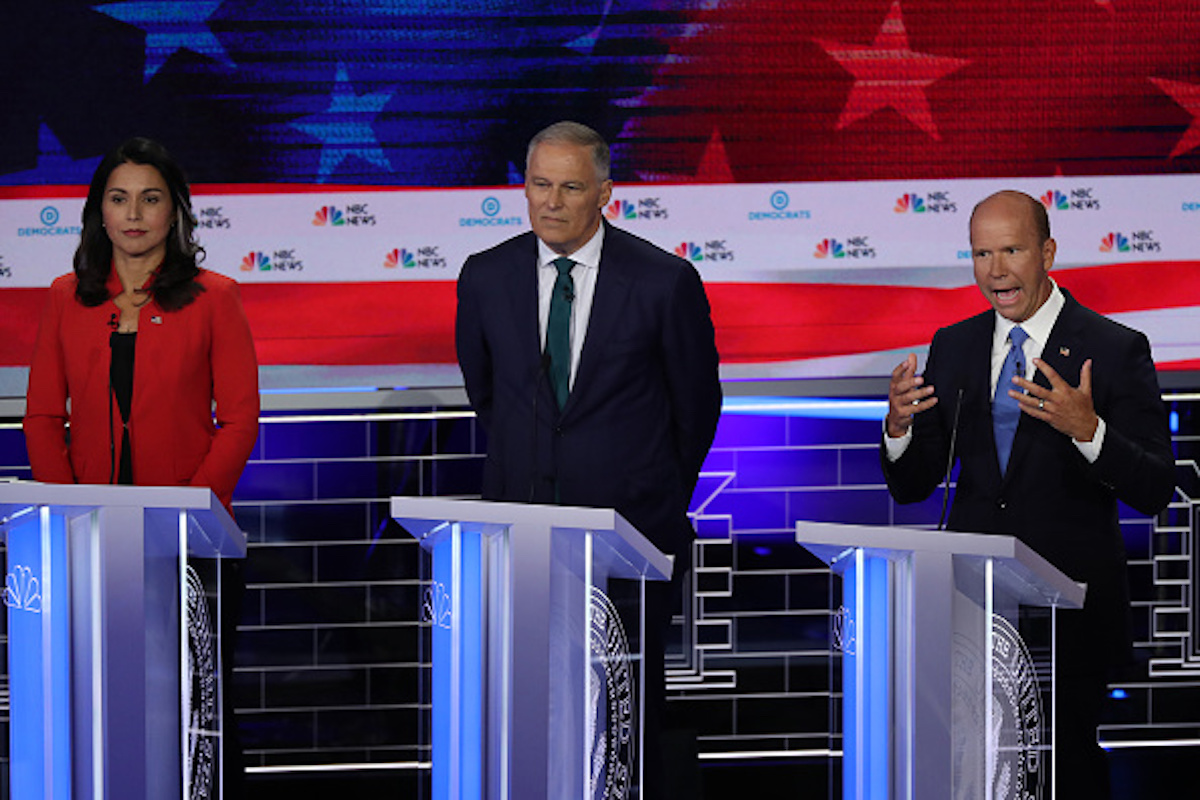 This comes as House Speaker Nancy Pelosi said President Donald Trump is “goading” Democrats to impeach him from office because he thinks it will help him fire up his base.

However, many of her Democratic colleagues have continued to push for impeaching Trump, such as Texas Democratic Rep. Al Green who broke with Pelosi when he vowed to force a vote to impeach Trump in late March. (RELATED: Al Green Breaks With Pelosi — Vows To Force Impeachment Vote)

Green, who previously had two bills to impeach Trump get overwhelmingly rejected by the House of Representatives, called for a third impeachment vote. Pelosi said impeachment was “just not worth it” in a March interview.

Many Republicans have said they have a hard time believing Pelosi’s impeachment comments.

“I’m sure at the convenient time she will reserve the right to change her mind,” Texas GOP Sen. John Cornyn told the Daily Caller.