Duane “Dog” Chapman teared up during his first interview since his wife, Beth Chapman, passed away Wednesday while recalling her final words.

“You kind of try to remember you’re celebrating the life, but right now we’re mourning the death,” the 66-year-old reality star of “Dog The Bounty Hunter” series shared with Hawaii News Now in a piece published Thursday. “So, it’s not good.” (RELATED: Hollywood Reacts To Death Of Legendary Actress Doris Day) 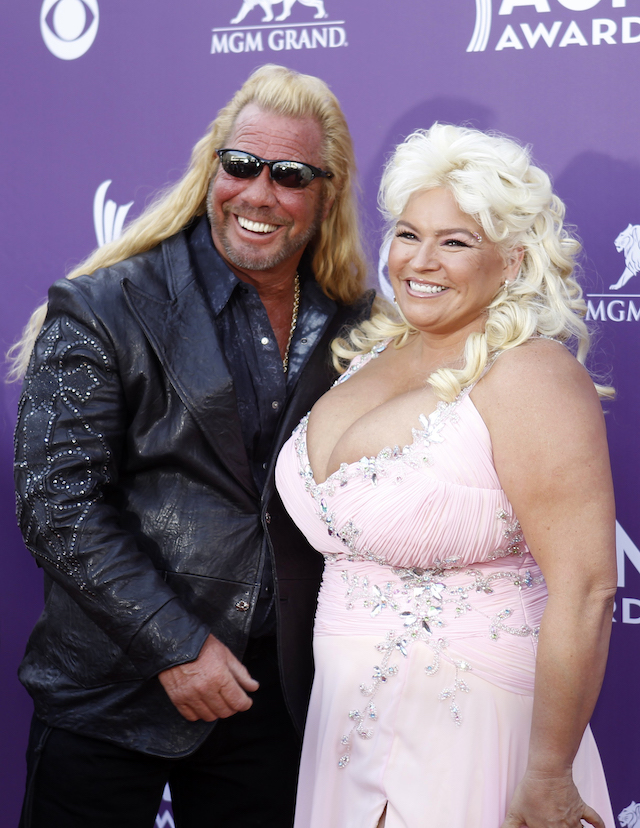 “For a few years we knew this day would come,” he added.  “It came really unexpected, really fast. All of her clothes are exactly where they were, her make-up, everything. We didn’t prepare.”

Chapman continued, “The cancer gig, of course, we got to find a cure. Because all we have now is some get lucky, but most pass away.”

The reality star then talked about how he had found notes she left for him all over the place.

“I got notes in my pillowcases, on my sink, in my shaving thing,” Chapman explained. ” I mean, you know, she’s still telling me what to wear.” (RELATED: Legendary Comic Don Rickles Died At Age 90)

“I loved her so much,” he added. “It’s just incredible when you walk alone in the bedroom, and you’re there and she was just there two days ago. I hope to God there’s a God. I’ve always trained myself ‘What would Jesus do?’ And I hope I’m not just talking to myself.”

Duane continued while tearing up, “I hope there is a God and, if there is, I’m going to see my honey again. And that’s all we can do is hope.”

Near the end of the interview he shared Beth’s final words to him and her family and began getting emotional once more.

“And then she, you know, told the girls and everybody with her mouth and stuff, she came out of it a couple times, ‘I love you,’ ‘Are you guys all OK,'” he added. “‘Don’t worry,’ but she never accepted it.”

Beth, who also starred in the reality TV show, lost her ongoing battle with cancer Wednesday morning in a Honolulu hospital. She was 51.