Vice President Mike Pence on Tuesday was called back to The White House canceling a scheduled event in New Hampshire over an unspecified emergency, according to reports.

Air Force 2 was expected to land in Manchester, New Hampshire around 11:30 a.m., when he was asked to come back to Washington DC, according to WMUR 9. After the report broke, Pence’s press secretary Alyssa Farah sent out a tweet saying that “something came up” and that Pence is required to be in D.C. Farah added that there is “no cause for alarm.”

Something came up that required the @VP to remain in Washington, DC. It’s no cause for alarm. He looks forward to rescheduling the trip to New Hampshire very soon.

Farah sent out another tweet, not long after her first, saying Pence “never left Washington, DC.” She also said “There was no ’emergency callback.'”

The @VP never left Washington, DC. There was no “emergency callback.” Something came up that required the VP to stay in DC. We’ll reschedule NH shortly. https://t.co/h270JCEUIG 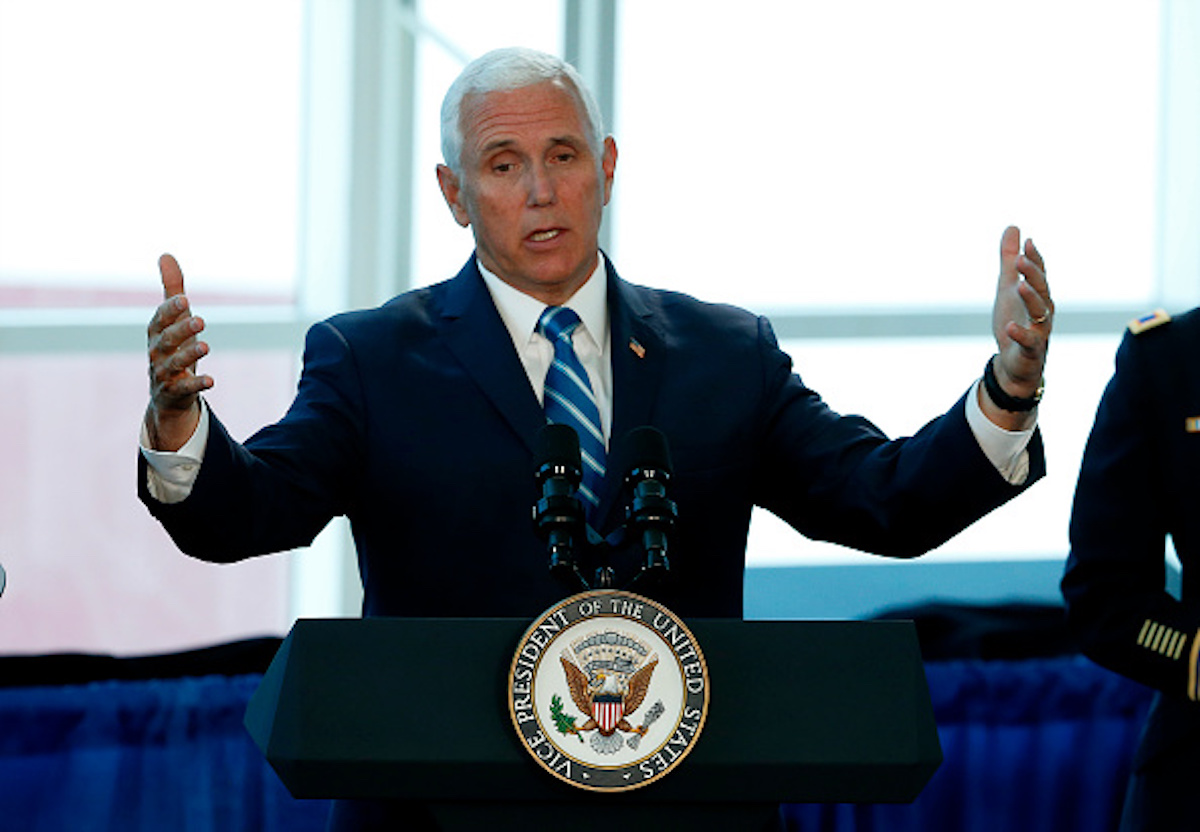 Vice President Mike Pence speaks following his tour of the U.S. Navy Hospital Ship USNS Comfort on June 18, 2019 in Miami, Florida. The ship is set to depart on a medical assistance mission in Central America, South America and the Caribbean. (Photo by Joe Skipper/Getty Images)

White House spokesman Hogan Gidley confirms that Vice President Pence is in the West Wing although he wasn’t sure if he was meeting with the president. Gidley says there is “no cause for concern.”

Pence’s COS Marc Short told @meridithmcgraw that the Vice President was on the plane but it didn’t take off. Then he turned around, back to the White House. He told her we’ll find out “in a few weeks” what happened.

Also, spokesperson for the Granite Recovery Center tells me there were no obvious security concerns on the ground — like protesters etc. 250 people sent home. https://t.co/vVVo0wi8Lc