Needles, California, has declared itself a sanctuary city for the Second Amendment and plans to resist some of California’s restrictive gun laws, which they say infringe on their right to keep and bear arms.

Needles’ city council voted unanimously to make the declaration, but its reported that this will have “no immediate practical impact on how guns are treated in the city.” Instead, attorneys are drafting legislation to allow those with out-of-state concealed weapons permits to be able to carry in the city, according to the Associated Press.

“They want to pick and choose what they follow,” Needles City Councilman Tim Terral told AP. “It’s ‘We’re going to shield this person, but we’re going to go after that person.’ And in our opinion they have violated the 2nd Amendment of the Constitution in many ways.”

The town of Needles has a population of only 4,844 and a closer proximity to Arizona than nearby San Bernardino, California. But the small town has a firm stance, The Sacramento Bee reports.

“While we recognize that all lawful gun owners are responsible for ensuring they are compliant with state and federal gun laws, we also recognize that the State of California cannot adopt laws that impair the rights guaranteed by the Second Amendment,” Mayor Jeff Williams told the outlet. 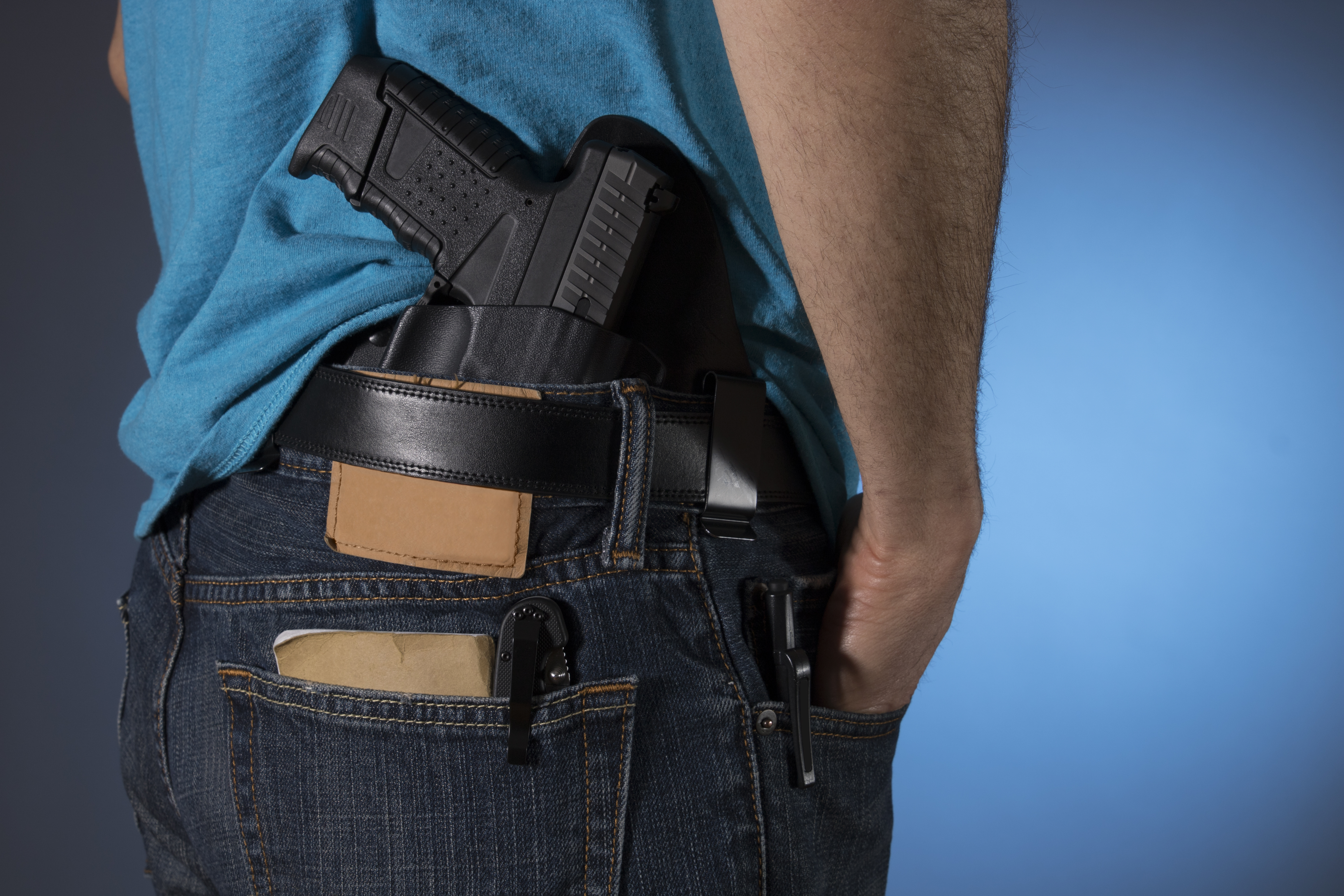 Handgun being shown in an inside-the-waistband holster–engineered for concealed carry. (Source: Shutterstock)

The Mojave Desert community’s main concern is lawful gun owners in other areas being forced to disarm themselves before they enter the Golden State. If they don’t, they risk arrest, according to an AP report.

California only recognizes carry permits that they issue, meaning the rest of America’s gun owners are out-of-luck when visiting.

“The law is concealed carry by right in Nevada. In Arizona, you have to fill out an application (for permission to carry a concealed weapon). Both of these states recognize California’s CCWs (concealed weapons permits), but California doesn’t recognize theirs,” City Manager Rick Daniels told The Sacramento Bee.

“Sanctuary City” is not a new term for California. Twenty counties in the Golden State are sanctuaries for illegal immigrants, many of which have populations greater than some U.S. states, The Center For Immigration Studies confirms.

Second Amendment sanctuaries are popping up in several states to curb new anti-gun legislation. Cities in Rhode Island, New Mexico and Washington, among others, have taken similar action.

The remote town plans to meet with the San Bernardino County Sheriff’s Office over the issue, the Sacramento Bee reports.