McConnell was under fire Tuesday for pushing back against his political enemies who are trashing him for comparing himself to former President Obama. On Tuesday, McConnell told reporters that he and Obama are both descendants of slaveowners who do not support reparations.

“This man is truly a piece of shit,” tweeted Tess Seger, a staffer for Booker, who added, “If you’re as pissed, it’s a good day to donate to [Kentucky Democrats].”

Seger, who also writes a food blog that sometimes involves spicy chicken sandwiches and a “super clean bathroom,” was reacting to McConnell comparing himself to Obama.

“I find myself once again in the same position as President Obama,” McConnell told reporters. “We both oppose reparations. We both are the descendants of slave owners.”

The Mirror reached out to Booker spokeswoman Sabrina Singh. 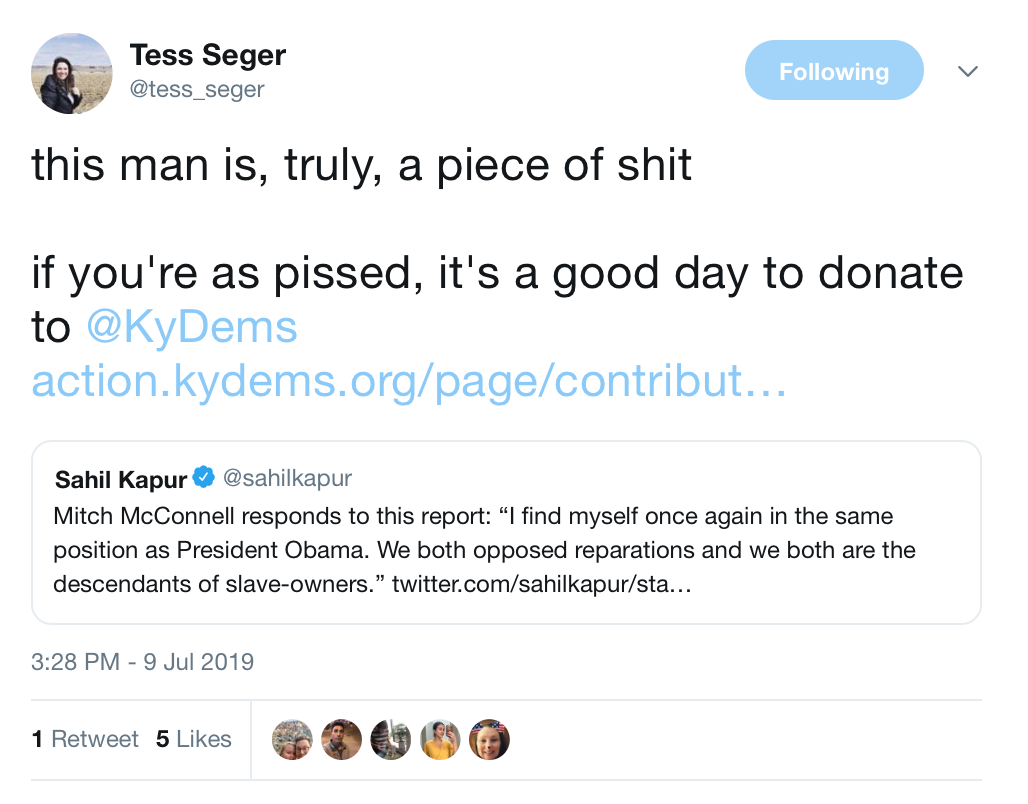 Booker may not be too upset about his staffer’s action.

Back in June, the presidential hopeful remarked that a conversation about slavery reparations was most definitely in order.